My previous article here at Mysterious Universe, A Mind-Altering Mysterious Woman, was focused on the deeply strange 1971 saga of a woman in the employ of the Nixon-era White House who was hypnotized and controlled under very weird circumstances. With that in mind, I thought it would be useful to demonstrate to you the sheer extent to which the human mind can be harnessed and manipulated, and has been since the 1940s.

“I can hypnotize a man, without his knowledge or consent, into committing treason against the United States,” stated Dr George Estabrooks - the chairman of the Department of Psychology at Colgate University - in 1942, and before a group from the U.S. military.

“Two hundred trained foreign operators, working in the United States, could develop a uniquely dangerous army of hypnotically controlled Sixth Columnists," he added. But, Estabrooks had more to say than just that. In fact, he had much more to say, as you will now see. Consider his following words:

“During World War One, a leading psychologist made a startling proposal to the navy. He offered to take a submarine steered by a captured U-boat captain, placed under his hypnotic control, through enemy mine fields to attack the German fleet. Washington nixed the stratagem as too risky. First, because there was no disguised method by which the captain’s mind could be outflanked. Second, because today’s technique of day-by-day breaking down of ethical conflicts brainwashing was still unknown.

“The indirect approach to hypnotism would, I believe, change the navy’s answer today. Personally, I am convinced that hypnosis is a bristling, dangerous armament which makes it doubly imperative to avoid the war of tomorrow.” 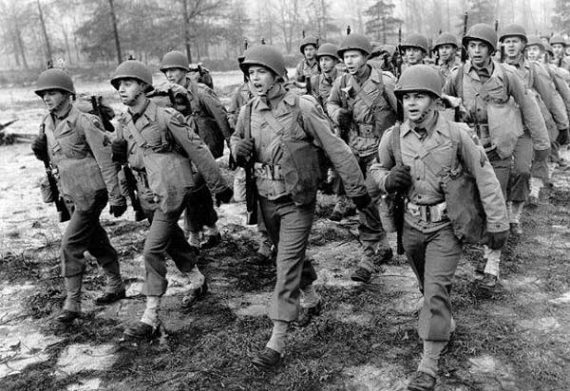 Three decades later, Estabrooks was still championing the world of hypnosis and the potential it offered military and intelligence agencies. His April 1971 article, Hypnosis Comes of Age (which was published just six months before the strange President Nixon-linked saga I refer to in the opening paragraph...), offers these words:

“Communication in war is always a headache. Codes can be broken. A professional spy may or may not stay bought. Your own man may have unquestionable loyalty, but his judgment is always open to question. The ‘hypnotic courier,’ on the other hand, provides a unique solution. I was involved in preparing many subjects for this work during World War II. One successful case involved an Army Service Corps Captain whom we’ll call George Smith.

“Captain Smith had undergone months of training. He was an excellent subject but did not realize it. I had removed from him, by post-hypnotic suggestion, all recollection of ever having been hypnotized. First I had the Service Corps call the captain to Washington and tell him they needed a report of the mechanical equipment of Division X headquartered in Tokyo. Smith was ordered to leave by jet next morning, pick up the report and return at once. Consciously, that was all he knew, and it was the story he gave to his wife and friends.

“Then I put him under deep hypnosis, and gave him - orally - a vital message to be delivered directly on his arrival in Japan to a certain colonel - let’s say his name was Brown - of military intelligence. Outside of myself, Colonel Brown was the only person who could hypnotize Captain Smith. This is ‘locking.’

"I performed it by saying to the hypnotized Captain: ‘Until further orders from me, only Colonel Brown and I can hypnotize you. We will use a signal phrase the moon is clear. Whenever you hear this phrase from Brown or myself you will pass instantly into deep hypnosis.’

“When Captain Smith re-awakened, he had no conscious memory or what happened in trance. All that he was aware of was that he must head for Tokyo to pick up a division report.   On arrival there, Smith reported to Brown, who hypnotized him with the signal phrase. Under hypnosis, Smith delivered my message and received one to bring back. Awakened, he was given the division report and returned home by jet. There I hypnotized him once more with the signal phrase, and he spieled off Brown's answer that had been dutifully tucked away in his unconscious mind.”

What  all of this tells us is that not only is hypnosis an excellent tool when placed into the right hands, its proven record dates back a very long time, too. Indeed, plenty of time to perfect whatever strange technology may have been utilized on the unfortunate victim in my A Mind-Altering Mysterious Woman article...

A Fortune in Gold is Down in Our Sewers