Forget the Wright Brothers and the Apollo program. A paper presented this week at the Indian Science Conference by retired pilot Captain Anand Bodas claims that India invented airplanes 7,000 years ago and they could not only fly but stop in mid-air, move in any direction and travel to other planets.

Bodas, a retired pilot, trainer and one of the two authors of the paper “Ancient Indian Aviation Technology,” attributes the first aircraft to the Maharshi Bharadwaj. Here’s his description of what the Maharishi was flying:

The basic structure was of 60 by 60 feet and in some cases, over 200 feet. They were jumbo planes. The ancient planes had 40 small engines. Today's aviation does not know even of flexible exhaust system.

Bodas claims the ancient Indians had a radar system called “rooparkanrahasya” that displayed the actual outline of the aircraft. Pilots drank the milk of buffalo, cows and sheep and wore clothing made from underwater vegetation. He says all of this information and more was written by Maharishi Bharadwaj in the book Vimana Samhita.

If a 7,000-year-old airplane wasn’t enough, a previous speaker claimed that ancient Indian mathematicians invented algebra and discovered the Pythagorean theorem but credit went to other countries.

What’s going on here? The Indian Science Congress Association (ISCA), host of the conference, is an organization of over 30,000 scientists whose objective is to “advance and promote the cause of science in India.” Many of the scientists in attendance signed an online petition objecting to Bodas’ presentation, calling it a “pseudo-science talk.” They believe it was endorsed by the country's new Hindu nationalist rulers to foster national pride.

We observe that it is for the very first time in 102 years at the Indian Science Congress, that we have discussed ancient science. Why did it take 100 years for us to do so? The first question to be addressed is, why should we study, research, investigate ancient Indian sciences. This should have been an integral part of every Congress.

What do you think? Did Indians invent airplanes? Should the ancient Indian texts be studied as science? 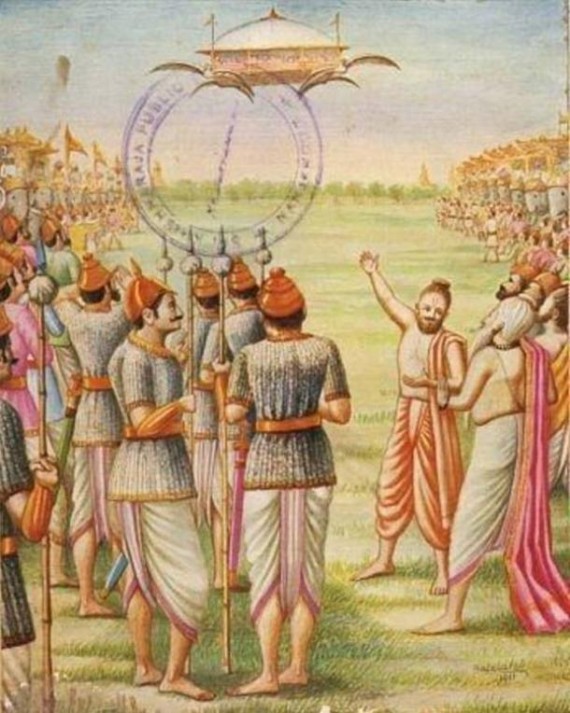