You may have seen the recent publicity given to a story coming out of the U.K. of sightings in and around Britain's Cannock Chase woods, of something described as looking like the legendary "Slenderman." It's a fictional character created in June 2009 by Eric Knudsen (using the alias of "Victor Surge," at the forum section of the Something Awful website), who took his inspiration from the world of horror fiction.

The Slenderman (also spelled as Slender Man) is a creepy creature indeed: tall, thin, with long arms, a blank (faceless, even) expression, and wearing a dark suit, it sounds almost like a nightmarish version of the Men in Black. While there is no doubt that Knudsen was the creator of what quickly became a definitive, viral, meme, people have since claimed to have seen the Slenderman in the real world.

In other words, so the theory goes, it's a case of believing in the existence of the Slenderman and, as a result, causing it to actually exist - which is very much akin to the phenomenon of the Tulpa. An entity is envisaged in the mind, and the imagery becomes so powerful and intense that it causes that same, mind-based imagery to emerge into the real world, with some degree of independent existence and self-awareness. Such a scenario may well explain why people are now seeing something that began as a piece of fiction.

All of which brings us to the matter of the recent story on the Slenderman of the Cannock Chase. As people who have followed my writings will know, I grew up only a very short drive from the Chase, which is an undeniably, deeply strange, area. It's filled with reports of so-called "Alien Big Cats," Bigfoot-type beasts, flying humanoids, giant snakes, and much more of a monstrous nature. 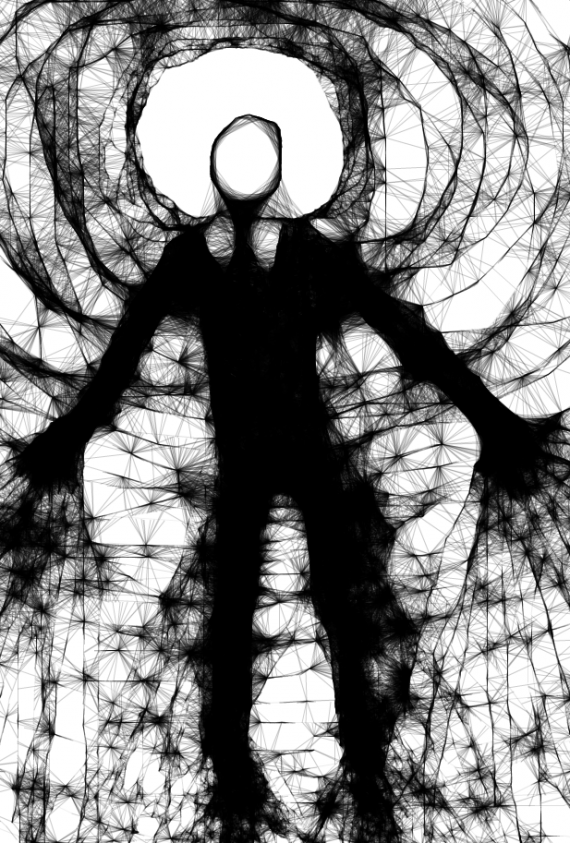 And now, it seems, the Slenderman has started to call those dark woods his domain, too. In a January 24, 2015 article that appeared in the Birmingham Mail newspaper (titled "Spooky Slender Men spotted in Cannock"), Mike Lockley wrote:

"A paranormal probe has been launched in the Midlands following FOUR sightings of Slender Men – long, stick thin spectres feared around the world. Each of the chilling close encounters took place in the Cannock area, and now X Files investigator Lee Brickley is trying to fathom why the ghoul has descended on the Staffordshire mining town. Slender Men have been a part of global folklore for centuries. They may be known by different names, but their harrowing, elongated appearance remains the same around the world."

There's little doubt that the controversy concerning this breaking story will run and run. But, there's something else I want to bring to your attention, something that I think is pretty intriguing. Back in 2008, Anomalist Books published my book, There's Something in the Woods. The book includes the testimony of a man who had an encounter on the Cannock Chase with a paranormal entity that - with hindsight - sounds very much like...wait for it...the Slenderman.

In the words of the witness, as presented in my book: "This character was tall, with very thin arms and legs, dressed in what I presumed were grey trousers and a tight long sleeved shirt of the same color. His hairless head was elongated and neck spindly, and his arms reached practically past his knees; I could not discern a facial feature. I realized he was around three meters tall."

It must be said that just about every aspect of this description conjures up Slenderman-style imagery. Of course, the Slenderman meme was still a year away when my book was published back in 2008, and the encounter took place in 2001 - seven years before the publication date of There's Something in the Woods, and, as of today, fourteen years ago.

In view of this, one has to wonder: did the 2009 creation of the Slenderman meme create a Tulpa-like, living equivalent? Or did a real, earlier Slenderman exist before the fictional one was looming on the horizon?

The Legendary and Unstoppable Stephen King