But a new study published on Wednesday in the scientific journal Nature claims to have unearthed a potential game-changer in the field of pharmaceutical research. A team of researchers, lead by Professor Kim Lewis of Northeastern University, have discovered an antibiotic that destroys pathogens without encountering any detectable resistance. These findings challenge many long-held scientific beliefs, and offer new hope in the treatment of chronic infections like tuberculosis and infections caused by MRSA.

Antibiotics primarily come from bacteria cultured in a lab. However, the difficulty of growing bacteria in a laboratory setting has allowed for a relatively small list of options for researchers to play around with. Currently, only about 1% of bacteria can be cultured in a laboratory setting. Meaning that, 99% of all bacteria that could be developed into antibiotics are not being utilized. Professor Lewis cites the interdependence of many soil-dwelling microbes, making survival difficult once separated from their neighbor.

Researchers for Northeastern University have long championed efforts to uncover new ways of growing bacteria in a laboratory setting, and a new device called the iChip, allows researchers to cultivate bacteria within the soil, rather than in a lab. 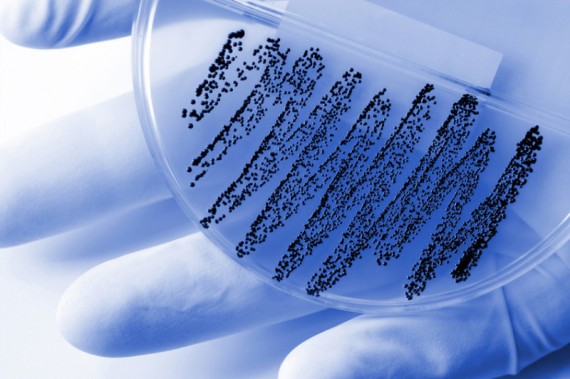 Professor Lewis’s team were then able to research previously uncultured microbes, with the hope of unlocking new worlds in the development of antibiotics. This led to the discovery of many promising potential antibiotics, but there was one in particular that blew all the others out of the water.

Teixobactin, a molecule derived from the Eleftheria terrae bacterium, has the distinction of killing pathogens without encountering resistance.  A virtual Terminator of the antibiotic world. Resistance occurs when bacteria strong enough to evade a drugs killing power multiply and pass on their genes. Professor Kim Lewis, lead writer of the paper, said this marks the first discovery of an antibiotic to which resistance by mutations of pathogens have not been identified.

"Our impression is that nature produced a compound that evolved to be free of resistance," Lewis said. "This challenges the dogma that we've operated under that bacteria will always develop resistance. Well, maybe not in this case."

Teixobactin has yet to be tested on humans, and there are still a few kinks to work out on the molecular side. But with preclinical trials set to begin shortly, Professor Lewis hopes that Teixobactin will soon become available for treatment purposes.

Professor Kim Lewis and Northeastern biology Professor Slava Epstein co-​​authored the paper with colleagues from the University of Bonn in Germany, NovoBiotic Pharmaceuticals in Cambridge, Massachusetts, and Selcia Limited in the United Kingdom.

Microbes May Have Made These Marks on Mars