The Creepy Saga of a Diabolical Devil

In a somewhat strange and roundabout way, the following story has a connection to both me and to a particular, mysterious beast that I have spent many hours and days pursuing: the macabre Man-Monkey (also, occasionally, referred to as the Monkey-Man) of England’s Shropshire Union Canal. It's a beast which first surfaced out of the shadows in the latter part of the 19th century, and about which more shortly.

As for the story, it came to me via my father, Frank, who got it from a close friend of his: Eddie. The two of them, to this very day, work together on weekends as volunteer guides at a military aerospace museum in England.

Eddie knows that I have a somewhat unusual job and passion (to say the least!), and a number of years ago he shared with my father an account, the origins of which date back to the 19th century, and to Eddie’s great-uncle.

That the saga related to an incident involving something that was rumored to be a large, out of place monkey roaming around just outside the English city of Birmingham, certainly made me take a high degree of notice, since I grew up less than ten miles from Birmingham. And yes, this story may be said to be one of definitive “friend of a friend” proportions.

But, for what it’s worth, here it is, in the words of legendary cryptozoologist, Dr. Karl Shuker – the author of Karl Shuker’s Alien Zoo and many more titles - with whom I shared the known details in 2007:

“Around the end of the 19th Century, Eddie’s great-uncle Ned was driving a pony and trap on Rolfe Street, Smethwick, late one night when he heard some strange noises behind him.

"Suddenly, a weird-looking animal leapt out at him, but he supposedly fought it off with his horse-whip. The creature was killed, placed in a glass case, and displayed in the Blue Gate pub on Rolfe Street for some time, where the locals dubbed it ‘Old Ned’s Devil.’ Sadly, however, this mystifying specimen, for which no morphological description exists, apparently vanished years ago, and nothing more is known of it.”

The story, with its attendant tale of the man sat atop a trap and striking the beast with his whip, is incredibly reminiscent of aspects of the January 1879 saga of the aforementioned Man-Monkey at Bridge 39 on the Shropshire Union Canal. 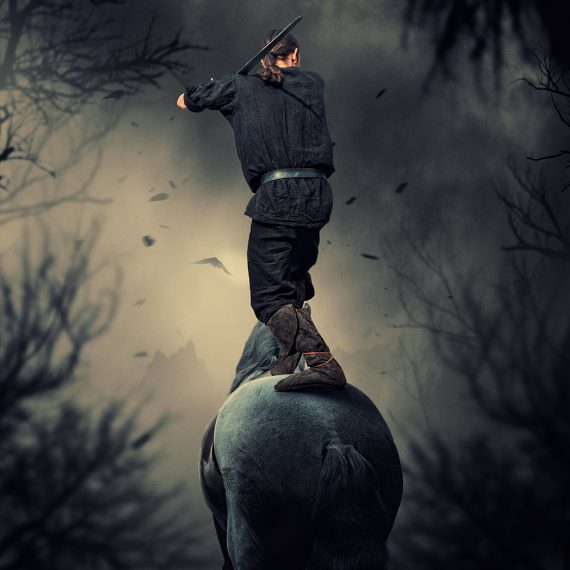 In the latter case, a terrified man, walking with his horse late at night, struck out at the monster with his whip, and in near-identical fashion. In this case, however, the whip passed right though the body of the beast, suggesting it was far more spectral in nature than it was physical.

This distinct similarity means we cannot rule out the possibility that, in some poorly understood fashion, the tale of old Ned’s Devil might have been a distorted story of the beast of the Shropshire Union Canal. But, for now anyway, let’s give it some degree of benefit of the doubt.

Recognizing the potential significance of the affair, Karl Shuker began to make enquiries of his very own. He wrote about it at his blog, in the hope it just might bring forth additional data (it did not), and he also emailed the scant details to Professor Carl Chinn, the leading historian of the Black Country, which encompasses such locales as Sandwell, Dudley, Wolverhampton, Walsall, and the outskirts of Birmingham.

Unfortunately, even the attempts of Professor Chinn failed to open any more doors, and, today, the story remains very much in stalemate mode, just as it was when it was told to my father, by Eddie, back in 2006.

Unless, that is, you know better...