These Tiny Flies Decapitate Big Ants and Eat Their Brains

It seems that zombies aren’t the only creatures who like to eat brains. A newly-discovered species of tiny flies have been observed cutting the heads off of much larger ants, dragging the skulls to a secluded spot and dining on the tasty ant brains.

According to a report in the current edition of Biodiversity Data Journal, the flies are known as Dohrniphora Longirostrata and were found in rain forests in Brazil and Costa Rica by Brian Brown, Giar-Ann Kung and Wendy Porras of the Natural History Museum of Los Angeles County, California. They measure 1 to 3 mm in length, much smaller than the larger and scarier-looking trap-jaw ants they send to a grisly demise.

Females of the species were seen tracking down injured trap-jaw ants. With the ants in a debilitated state, the flies use their own tiny bladed jaws to cut the nerves and body parts connecting the head to the rest of the ant until it finally pops off into their waiting arms. They then carry the head to a suitable dining area for dinner. The motherly types will hide the head and lay an egg beside it, thus insuring her babies have some brains for their first post-hatching meal.

D. Longirostrata isn’t the only head-banging fly. Another member of the phoridae or coffin fly family injects its eggs into the heads of ants where the larvae eventually hatch in a self-contained bowl of tasty ant brains. As expected, the skull is soon empty and falls off. I know .. cool! Even discoverer Brian Brown is amazed at this species trait.

You would think one type of ant decapitation would be enough for the family!

D. Longirostrata sounds like the perfect villain for Ant-Man. 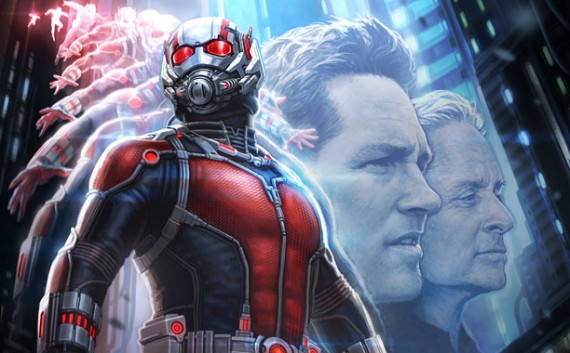 For Those Wishing For a Clearer Photograph of Bigfoot