Time and again, I hear UFO researchers say that all of the "good" UFO reports filed by military personnel are being withheld from public scrutiny and consumption. By who? By "the government," of course! It goes without saying that cases such as Roswell continue to intrigue the research community because it's pretty clear we haven't been told the full story. But, to claim that we do not get to see any good, solid, reports from government, military and intelligence agencies is just plain wrong.

I need to stress that it's certainly not all - or even anywhere near the majority of - UFO researchers who make such claims. But, I can't tell you how many times I have been told - by some of the more paranoid elements of Ufology - that nothing of any significance ever surfaces through the Freedom of Information Act (FOIA).

To put it bluntly, that statement is full of crap. There are countless, very good reports of UFO activity that have reached the eyes and ears of officialdom, and which have also been placed into the public domain, via FOIA. You just need to know where to find them!

Take, for example, the FBI: at their website, The Vault, the Bureau has taken the time to post thousands of pages of UFO and UFO-related files for one and all to read and download in PDF format. The records cover such issues as UFO sightings, cattle mutilations, the MJ12 documents saga, crashed flying saucers, and much more.

Collectively, the papers tell a fascinating story of official, FBI interest in such matters. They are also filled with countless reports of UFO encounters filed by extremely reliable individuals. All you have to do is spend a few hours digging through the material and you'll locate it.

As just one example of hundreds that can be found at The Vault, let's take a trip back to 1949. In the early summer of that year, the FBI was the recipient of  number of notable UFO reports from the U.S. Navy's Office of Naval Intelligence (ONI). One particular document, of June 23, 1949, describes the encounter of a pilot who had served with the Navy during World War Two, and who was described as being: 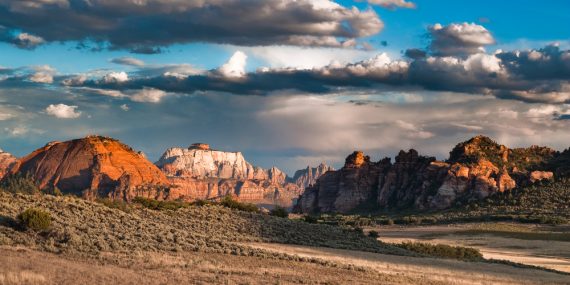 "On Friday, 27 May 1949, source was flying his own SMJ-type aircraft from Red Bluff, California, to Buras, Oregon, a distance of 305 miles. He left Red Bluff at 1332 and arrived at Burne at 1458 PST. At 1423 PST, Friday, 27 May 1949, source observed the sun reflecting on an object or objects at a considerable distance ahead, a few points to the starboard. He continued to watch the course taken by the reflecting material expecting it to materialize into conventional aircraft as the distances lessened between him and the object or objects.

"As the object reached the long bluffs which run for  number of miles along the east side of some dry lakes he saw that instead of a single object there were several, which seemed to be flying in formation. At this point the objects appeared to have changed their course so that they were paralleling his course and were following the bluff's rim at about 1,000 to 1,500 feet below source's altitude, at a distance which he estimates to have been 5 1/2  to 7 1/2 miles. Source is certain that it could not have been as far as 10 miles since the bluffs were less than 10 miles away and he could see the objects outlined against the bluffs.

"The objects that source saw are described by him as follows: Size of each object: Considerably smaller than a fighter plane, probably less than 20 feet in length. All of the separate objects appeared the same in size.

"Shape of object: There was no break in the outline. Source is certain he would have recognized conventional aircraft. They had a solid configuration, and no great thickness. They were elongated, oval, perhaps twice as long as wide, perhaps five times as long as thick. They could possibly have been egg-shaped, and could conceivably have been perfectly oval. The objects seemed definitely solid objects as there was nothing ethereal about them. Source is confident they were traveling at least as fast as source's own plane (212 MPH)."

With the details of the case, itself, now in hand, let's look at what else the files say about the pilot (whose name is deleted on the available records): "Source holds Naval Aviators certificate plus a senior pilot's rating in the Ferry Wing of the Naval Air Transport Command. He also holds a commercial license, single and multi-engine, and flight instructor ratings.

The official conclusion of the investigation: "...the explanation of source's sighting of the strange flying object remains a question mark."

So, what we have here is a case involving an expert pilot, one who had flown a wide variety of aircraft, who had served in the military, who held BS and BA degrees, and who was absolutely sure he saw a squadron of oval- or egg-shaped, aerial craft of unknown origin in the skies of the United States. It's a case that remained wholly unexplained, that practically screams "Credibility!" and which has been released under FOIA legislation.

As I said at the beginning of this article, there are people out there (I know, for sure, as they have droned and droned on at me on many occasions...) who will tell you that all the high quality material is withheld. It clearly isn't all withheld. The case above - as I noted, just one of countless such reports at The Vault - is clear evidence that high quality, credible military reports do make it into the public domain. And they do so on many occasions.

Are there cases where we don't know the full story? Yes. For example, my own father was involved in several UFO encounters in September 1952, while employed as a radar mechanic with the British Royal Air Force. This was during the course of what was known in the UK as "National Service" (or "The Draft" in the United States). The files on those events have never surfaced. But, if people tell you that "the government hides all the good stuff" it's simply not true. You just need to know where to look for it: such as at The Vault, which is an excellent resource for UFO reports of the very credible kind.

The Missing: Why Do Some People Vanish Into Thin Air?