UFOs, the Police, and a Secret File

Thanks to the terms of the Freedom of Information Acts of a wide and varied body of countries (including the US, the UK, Australia, and Canada), we now have access to literally tens of thousands of pages of official files on UFOs. As with reports that reach UFO researchers, the official documents vary in degrees of quality and clarity. But, one report amongst many that - for me - really stands out concerns a man named Colin Perks, a British police constable.

Early on the morning of January 6, 1966, PC Perks had an extraordinary experience in Wilmslow, England. Such was the nature of the encounter, it became the subject of both a police file and an official, Ministry of Defence investigation. Since Perks' report is profound in the extreme, I'm presenting it without interruption. It reads as follows:

"Sir, I have to report that I have been in the Police Force for almost four years. I am 28 years of age, a married man and I reside with my wife and child in [witness’s address]. I am in excellent health and I have no worries of any description.

"On the night of Thursday/Friday the 6th to 7th January 1966, which was a cold clear night and started [sic] with a full moon which made visibility good. I commenced duty at 10pm on the 6th and due to finish duty at 6am on the 7th. At 1.15am on the 7th I had my refreshments at Wilmslow Police Station where I resumed normal patrol at 2am on this date where I commenced walking around the village. I was alone on this occasion.

"About 4am on the 7th I was checking property at the rear of a large block of shops which are situated off the main A34 road (Alderley Road) Wilmslow. At 4.10am I was still checking property and facing the back of the shops when I heard a high pitched whine, for a moment I couldn’t place the noise as it was most unfamiliar to the normal surroundings. I turned around and saw a Greenish/Grey glow in the sky about 100 yards from me and about 35 feet up in the air. 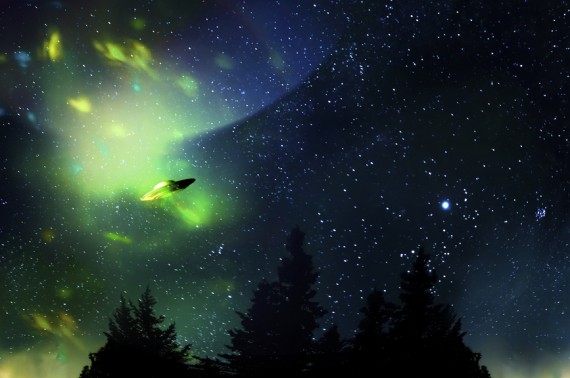 "I stopped in my tracks and was unable to believe what I could see. However I gathered myself together after a couple of seconds and made the following observations. The object was about the length of a bus (30 feet) and estimated at being 20 feet wide. It was elliptic in shape and emanated a greenish grey glow which I can only describe as an eerie greeny colour. It appeared to be motionless of itself, that is there was no impression of rotation. The object was about 15 feet in height. The object had a flat bottom.

"At this time it was very bright and there was an East wind. Although it was cold there was no frost. No cloud formation was anywhere near ground level. The object remained stationary for about five seconds then without any change in the whine it started moving at a very fast rate in an East-South-East direction.

"It disappeared from view very quickly. When it started moving it did not appear to rotate but moved off sideways with the 30 foot length to the front and rear. It is possible the short side given as 20 feet may in fact be longer as I was looking underneath the object and may have been deceived.

"There is no doubt that the object I saw was of a sharp, distinctive, definite shape and of a solid substance. However I did not notice any vents, portholes or other places of access. The glow was coming from the exterior of the object and this was the only light which was visible. I checked with Jodrell Bank and Manchester Airport shortly after the incident but they could not help or in any way account for what I had seen."

The report was sent from Cheshire police to the Ministry of Defence, London, where it was dispatched to a division of the Defence Intelligence Staff called DI61. Despite carrying out an extensive, on-site investigation, DI61 was none the wiser. Perhaps concerned that any negative response might reflect badly on the constable, the MoD made a short, tactful, and non-committal statement:

"It is not possible to arrive at any concrete conclusion. There is no reason to doubt the fact that this constable saw something completely foreign to his previous experience."

That's about as close a confirmation that UFOs exist you are ever likely get from the MoD...

Prehistoric Butchers May Have Been The First Teachers