When I'm doing radio interviews, I'm often asked how I got into the field of writing. Well, it was actually nothing to do with UFOs, Bigfoot, or the world of the paranormal at all - as many people often assume to be the case. I left school with hardly an academic qualification to my name, and those I did have weren't worth a single damn thing.

And I had no idea what I was going to for work. That is, until I stumbled on an opening at a new magazine that was starting up in the area I was living at the time. This was October 1982, I was 17, sported a Johnny Ramone-style bowl haircut, and was in love with Clare (Gregory's Girl) Grogan. And I needed money.

So, I applied for the gig and, to my amazement - given my abysmal record at school - I got it! Welcome to Zero: it was a regional magazine, focusing on such issues as music, fashion, local entertainment, equally local gossip, and so on.

Actually, Zero began as a definitive fanzine put together by seven of us using a few old typewriters (yes, real typewriters, with ribbons - crikey!), loads of Letraset, and a battered old photocopier.

In fact, that was my happiest time spent with Zero - which, while it wasn't exactly the equivalent of Hunter S. Thompson's The Rum Diary, I like to think it came pretty close!

Zero eventually got picked up - and funded - by a local investor and became glossy and - shock! - was eventually filled with color photos, rather than poorly photocopies B&W images. But, it didn't last. Two years later, it was all over.

For the next 5 or 6 years, I held down various jobs - van-driver, shelf-stacker in a paint and wallpaper warehouse, forklift-driver, the list goes on and on - but I knew all along that writing was what I wanted to do. And I have Zero to thank for that.

As for my very first writing gig on all-things weird and mysterious, well, that surfaced in the summer of 1986, a couple of years after I finished working for Zero. It was an article that I submitted to a number of self-published, fanzine-style UFO magazines that existed in the UK at the time. It dealt with a batch of declassified UFO files I had stumbled upon at the National Archives, Kew, England, a few weeks earlier. Titled Saucer Files Exposed, it read as follows:

In mid-January 1963, the Wiltshire town of Corsham was the scene of a notable UFO encounter involving a retired Royal Air Force officer whose report attracted the attention of Air Intelligence at the MoD. And it may not be without significance that Corsham, Wiltshire, is the home of RAF Rudloe Manor - a British Royal Air Force base that was for years the location for classified UFO investigations undertaken by the RAF.

On the morning of 15 January 1963 Mr. J.E. Hipkin of Chippenham telephoned the Station Adjutant (S.A.)at RAF Colerne to report an unusual experience that had occurred the previous afternoon. Following established guidelines, the S.A. at Colerne asked him to submit a report in writing. It was at shortly after 5.30 p.m. on 14 January 1963, Mr. Hipkin said, when something decidedly unusual caught his eye in the sky over the town. He began:

"The object was a dull orange glow terminating with a tail of light of considerable length; the tail being for the best part parallel but ending in a point. As the point source of the orange glow appeared to be the rear of the vehicle and therefore an outlet, it was perhaps significant that I could not see any shape whatever ahead of the glow. There was no audible sound whatever."

Mr. Hipkin elaborated further: "I estimated that I held the object in view for approximately five seconds during which it passed through an arc at a steady altitude and a phenomenal speed. My estimate of the altitude is certainly not more than three hundred feet and I place the nearest point of passing at some two thousand yards distant. The course of the object was almost due north; perhaps a few degrees east of north.

"Upon reflection one point comes to mind, as the object moved towards the point where it passed from sight I did not observe any change in intensity of light as one may possibly expect when the rear of the motor is presented to the eye. This I find odd in itself when considering the character of the subject."

Mr. Hipkin then made a highly significant point: "Perhaps I should say that I have served almost fifteen years in the RAF as a S.N.C.O. [Author’s Note: Senior Non-Commissioned Officer] and have no small experience of aircraft. Whatever the object was I feel quite sure it was not an aircraft in the accepted senses nor was it debris entering the earth’s atmosphere.

"Living in this area I am accustomed to seeing a large amount of Air Traffic and I cannot relate this sighting to any normal flying machine." He concluded: "I have been careful not to colour my story with exaggeration or wishful thinking and look forward to hearing more of this matter." 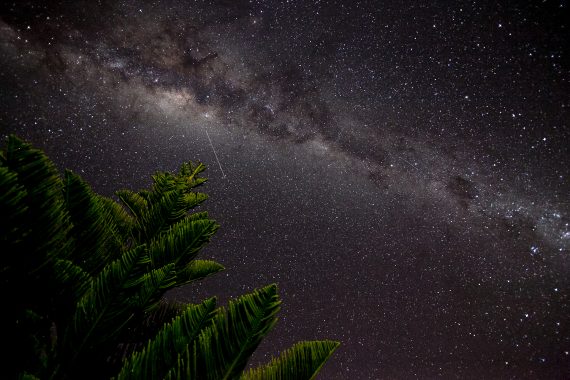 From RAF Colerne, Mr. Hipkin’s report found its way to the Ministry of Defense at Whitehall and ultimately to Air Intelligence. The witness, it concluded, had merely been mistaken by nothing more sinister than the Echo II space satellite.

Of course, it is quite true that people do mistake satellites in earth orbit for something potentially far more exotic; however, it should not be forgotten that in this case, the witness was a trained observer with the Royal Air Force of fifteen years standing. Not only that, he was adamant that the object was at a height of no more than three thousand feet and at one point came within two thousand yards of his location.

It goes without saying that if a satellite were to come within two thousand yards of British soil, a calamity of unprecedented proportions would occur microseconds later when it would inevitably slam into the ground!

Whatever the truth of the matter, Mr. Hipkin was informed of the MoD’s conclusion and the report was quietly filed away in the Ministry’s archives.

Fear of the 2015 Leap Second is Growing