A Skeptic’s Search and the Real History of Fairy Research

To hear one say they are "a believer in fairies" is about as common today as it is for someone to admit they sacrifice cattle to an ancient Mesopotamian god of sex and prosperity. It isn't entirely impossible, I should say... just uncommon.

But as recently as the last few decades, traditional beliefs about the "Gentle Folk", as they are often called in Irish folklore, has persisted. In 1964, The BBC featured a report on concerns among locals in County Down, Ireland, about the removal of a thorn tree that had blocked a road that was being forged across the land between Downpatrick and Ballynahinch. As civil engineers were dispatched to take down the tree, residents of the nearby Annacloy township reacted unfavorably, believing the tree to be the literal home of fairies; just one of many ancient beliefs that have held fast among Irish myths and traditions.

More recently, Peter Coulter, an admitted skeptic, was dispatched (again by the BBC) to learn about the persistence of cultural beliefs in fairies, and the bad luck that is associated with tampering around their sacred homes, the "fairy thorns".

Coulter described having heard from many people, whose beliefs highlight very similar superstitions even today:

One listener got in touch with BBC Radio Ulster's Good Morning Ulster programme to let us know about a fairy thorn that was growing at Ormeau Golf Club.

Denis McKnight, who is the secretary of the club, said it has been there longer than anyone can remember.

"None of our green keepers will touch it or cut it down. They won't even trim it."

Belief in fairies around campfires is not the only form of seriousness the subject has been afforded in the last few decades, as indicated in a newly published book, based on a much older manuscript, by Marjorie Johnson called Seeing Fairies: From the Lost Archives of the Fairy Investigation Society, Authentic Reports of Fairies in Modern Times. While few may have been aware until now, as recently as the 1950s and 60s there had indeed been a still-active Fairy Investigation Society (FIS), originally founded by one Captain Quentin C. A. Craufurd in London in 1927. 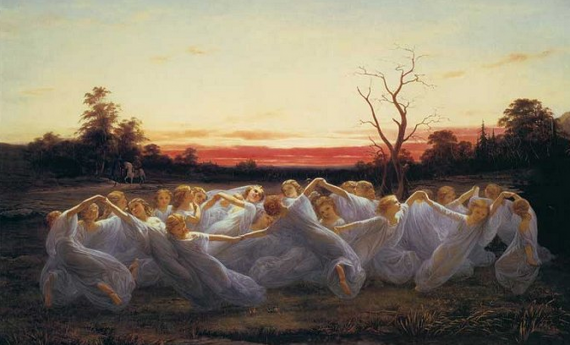 Craufurd had been an inventor, of sorts, having created the first remote radio device which some liken to a precursor to modern cellular phones. He had similarly employed such technologies in his investigations of various purported spirit and "fairy communications," an early twentieth century take on the now popular Electronic Voice Phenomenon (EVP) and related technologies, which often feature various radio frequency-sweeps believed by some to enhance the ability to detect spirit voices amidst white noise.

Of this parallel between fairy investigations and modern "ghost hunts," it should be noted that belief in fairies, according to scholar Simon Young, was often concomitant with spirits of the deceased lingering on after earthly passing. It was a separate interpretation, chiefly among spiritualists in the modern era, that fairies were themselves elementals or nature-spirits, having never possessed earthly bodies.

Following World War II, renewed interest came about in relation to Craufurd's ventures into "fairy-ology", and one Marjorie Johnson, a woman whose own collection of fairy accounts throughout the 1920s and 30s had been prolific. She became the secretary of the FIS by some time in the late 1940s, and by the middle 1950s, she was the group's principle organizer, despite having never left the rank of secretary. Johnson was expanding her search for accounts of supposed fairy encounters by accepting the help of one Alasdair MacGregor, a fellow FIS member who wrote to magazines like the BBC's The Listener, seeking true reports from people who believed they had encountered the spectral "Gentry Folk" throughout all parts of the British Isles, despite their popular association with Ireland.

What would result was a book that was never published, apart from a German language edition in 2000. The FIS somehow managed to persist well enough into the 1990s, and Marjorie Johnson's own work would continue throughout her long life; she remained with us until 2011, but her book, apart from the German language version, still languished in the limbo of unpublished manuscripts that spend their days lying dormant, unused, and long-forgotten.

Recently, Anomalist Books managed to retrieve the "lost" manuscript, which has now finally seen it's long-awaited English publication. Although a few decades later than planned, the book nonetheless faithfully documents the FIS and its collection of reports, as well as Marjorie's personal inquiry into the nature of otherworldly encounters. 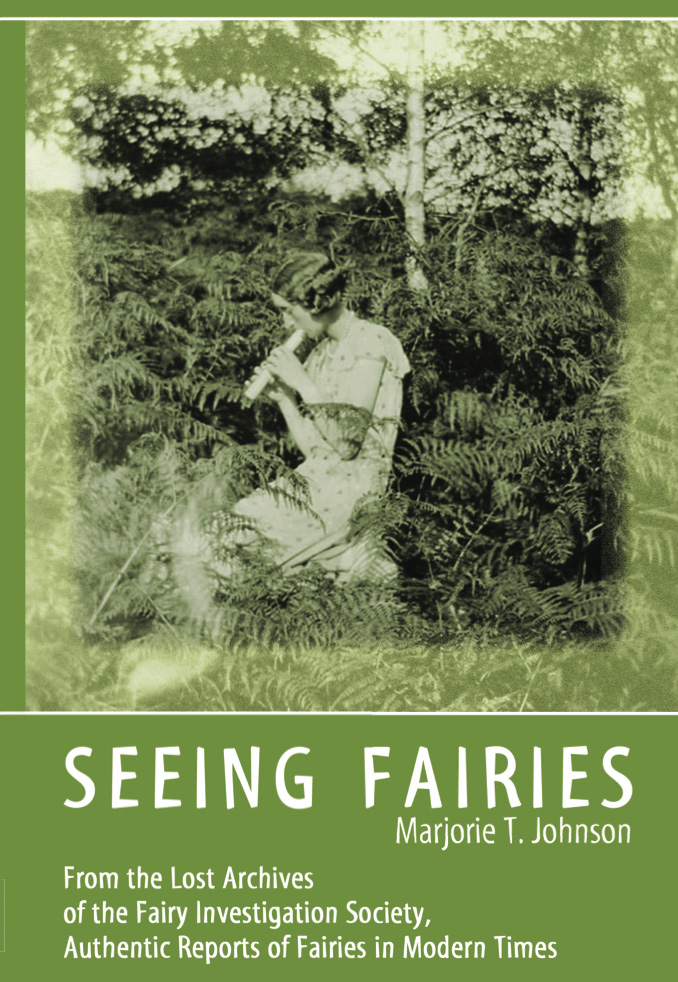 Admittedly, it becomes difficult to remove oneself entirely from the "giggle factor" associated with any potentially serious survey of fairy-ology; from what we read of Marjorie's studies, it was never a question of whether or not some element (but not "elemental", mind you) of reality was underlying the entire mythos of fairies, and people's at times rather credulous recollections of encounters with them. On the whole, to suggest that there is, or ever was, any real-life component to the study of fairies is indeed troubling, even for the most open-minded Fortean (let alone the skeptical ones).

There are nonetheless interesting parallels that emerge from reading such accounts (and Johnson's book offers a lot of them, clocking in at around 363 page in this newer, expanded English edition). Perhaps one of the more interesting aspects relating to modern fairy-ology is that undeniable, reoccurring comparison between it and UFO reports, particularly those from the 1950s through the 1990s, during which there had been a prevalence of reports involving eyewitness testimony that incorporated landed craft and, more importantly, humanoids that often resembled people, but diminutive in stature and with curious features like darkened skin and sharp or "pointy" extremities, particularly around the nose and ears.

Encounters like these are not the fullest essence of the book's entries, the majority of which do appear to bear greater resemblance to the fairy-lore of myth and legend; the Good Folk are often mischievous, at times causing trouble or inciting fear, and often that same superstition that remains prevalent in relation to folk beliefs associated with the "fairy thorns" even today.

It remains arguable that any book the likes of this would be a time-waster for serious-minded scholars and researchers. Perhaps, if anything, the accounts and recollections it showcases are more entertaining than anything else. I would still argue, however, that Johnson's catalogue of purported fairy phenomenon (despite what her own feelings about the matter may have been) would easily rank alongside any serious ethnographic study, and accurately documents a serious--if not strange--set of folk beliefs among the inhabitants of the British Isles that persists even today.

And there is merit to that, no matter where you fall within the (dare I say it) "fairy circle".

Seeing Fairies is available through Anomalist Books, and can be purchased here. Also, click here if you're interested in learning more about fairy folklore, and the myths and history of Ireland.

Getting High on a Light