Today, I thought I would do something deeply alternative with my latest article. You'll soon see what I mean! As someone who writes a lot of books, blog posts, and articles, I get a great deal of feedback from people who check out what I'm doing. And, very often, people want to share information. Sometimes, that same information proves to be easy to investigate and provides new data, insight, and information on cases both old and new. And then there is a different category of story. A very different one.

On more than a few occasions, I have been the recipient of fantastic accounts of a mind-blowing nature. The problem, however, is that no matter how deeply I pursued the relevant story, I reached nothing but an endless brick wall. So, I figured I would share with you one of those cases - right here, right now. Of course, I can't say for sure that it isn't the work of nothing but a fantasist or a hoaxer, one with an agenda of the very obscure kind. But, by at least putting the data out there, I also figure it may well provoke debate.

It's a story that was told to me in 2012 and which focuses on the not insignificant matter of immortality. We all want to live forever, right? Well, yes, we do. Providing, of course, we can remain at the age of our choosing, and not spend our days forever locked into extremely elderly, decrepit mode. As for the story, it was all focused on a hush-hush program that was run out of a particular facility in Utah.

It was a program that allegedly began in 2003 and was prompted by the discovery of certain, unspecified, ancient "things" in Baghdad, after the invasion of Iraq began. The project had at its heart something both amazing and controversial. It all revolved around nothing less than attempts to bring the human aging process to a halt - and maybe, even...to reverse it. This was, however, a very unusual program, in the sense that it didn't just rely on modern day technology and medicine. That may sound odd, but bear with me and I'll explain what I mean by that.

Yes, the program had a number of brilliant scientists attached to it, but it was also populated by theologians, historians, and archaeologists - who were quietly contracted and hired and subjected to grim non-disclosure agreements. The quest for the truth of immortality was, to a very significant degree, not based around the present or the future, but on the distant past. Much time was spent digging into accounts of none other than "Manna from Heaven," and the controversies surrounding what has become known as "White Powder Gold, " the "Bread of Presence," and "Amrita."

All of these have several things in common: (a) they have ancient origins; (b) they have to be ingested; (c) they have the potential to offer perfect health; and (d) they promise never-ending life. Of course, it must be stressed that is what legend, mythology, and ancient religious texts tell us. Actually proving that these mysterious "things" exist and also proving they can do what we are told they can do, is a very different matter. So, I did what I always do in these situations, which is to listen very carefully to what the relevant person has to say. True or not, the story was pretty incredible. 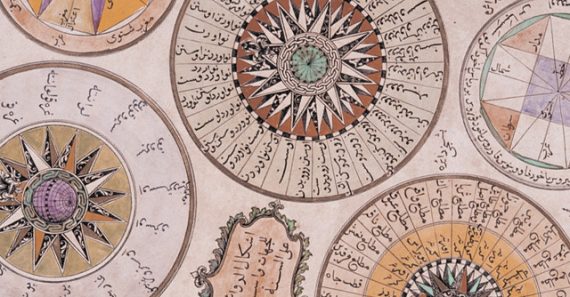 Deep underground, scientists who had spent much of their working lives striving to understand why, exactly, the aging process occurs as it does, were sat next to biblical experts who were deciphering and interpreting ancient texts on the aforementioned life-extending, digestible substances. Military personnel, who were dutifully ensuring the program ran under the strictest levels of security and safety, rubbed shoulders with modern day alchemists, who were striving to crack the White Powder Gold conundrum. And learned souls in the fields of none other than "ancient astronauts," and the Bible's legendary "men of renown," crossed paths with demonologists.

The story continued that at least as late as 2010, absolutely no progress had been made, beyond adding to the lore and legend that surrounds tales of immortality and massive lifespans in times long gone. Rather ironically, the fact that I was told the project was a 100 percent failure added credibility to the story - for me, at least, it did. You may think otherwise.

To me, it sounds exactly like the kind of off-the-wall program that significant amount of dollars might be provided to, in the event that it just might, one day, offer something sensational and literally life-changing. That the source of the story specifically didn't spin some controversial and conspiratorial tale of a secret, ruling elite living forever, was one of the things that makes me think there just might have been something to all this - and perhaps there still is...

Would This DIY Heat Ray Impress Archimedes or H.G. Wells?