"A dreamer is one who can only find his way by moonlight, and his punishment is that he sees the dawn before the rest of the world." Thus were the words of Oscar Wilde, who, in discussing the twilight realm of dreams, might well have also noted the other sorts of visions that have long haunted the minds of dreamers each night during the hours while the Sun departs.

Many people report experiencing dreams where, among other seemingly prophetic or symbolic things, they may observe the death of loved ones, or even their own passing. An equally prevalent theme we find in dreams is the appearance of frightening entities, taking the form of ghosts, demons, and a host of different strange otherworldly beings that may seem to represent harbingers, of sorts, for things to come.

I recently received an email from an individual named Vicky, which detailed such an experience. But rather than having featured only a foretelling of things to come, the dream in question involved a slightly more frightening set of circumstances.

"When I was four years old, I had a dream that I was standing in my grandparents’ backyard," she explained. "It was a bright sunny day and I was standing very still in the grass. My gaze was fixed on their back porch and a large tree that stood in front of it. I looked up into the tree and noticed a dark creature. The creature had a human like figure, but he was crouched down like an animal on one of the branches. His face was hidden in shadow but I could clearly see the whites of his eyes and his teeth. He grinned at me viciously almost mockingly but never said a word. All I felt was fear and confusion." 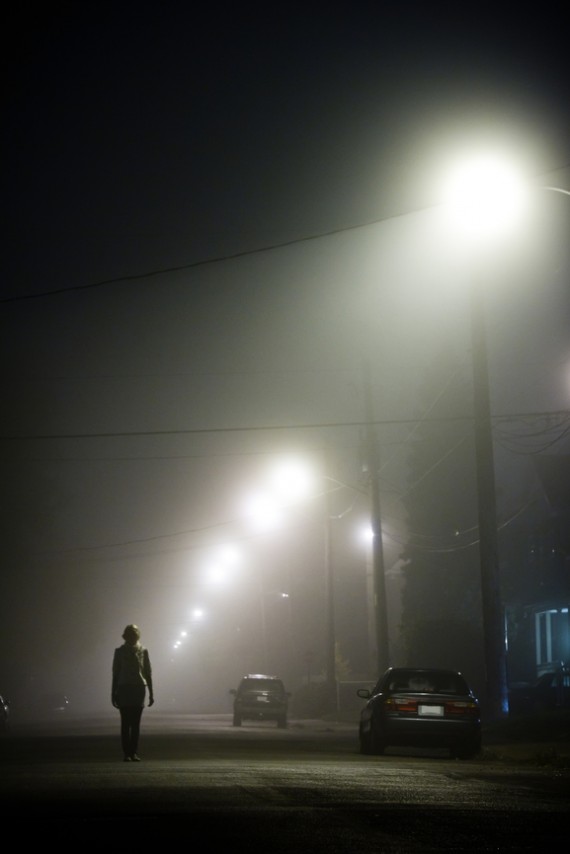 Vicky explained that when she woke up from the dream, she had felt panicked. As she regained composure, she went downstairs to the sound of people talking, and found her sister and her aunt sitting on the couch, who told her that her parents had gone to the hospital because of something that had happened to her grandmother. "My Grandmother had a brain aneurysm in the middle of the night," Vicky explained.

"When my parents got home they told us the rest of the story. My grandmother had been taking her dog outside that evening onto their back porch. She was standing out there for a couple of minutes and started to feel dizzy. She told my grandfather she needed to lie down. I guess sometime later my Grandfather tried waking her up, but the aneurysm must have already occurred."

"I’m not 100% sure if that was Death I saw in my dream," Vicky told me, "or something from my imagination. It has been 25 years but I can still remember that dream very vividly. Although other family members of mine have passed away, I have not seen that creature again."

According to dream interpreter Jane Teresa Anderson, when one sees a death occur in a dream, it may be symbolic of other things--particularly big changes--that are occurring in our lives, rather than actual death. "Death dreams are about change," Anderson says, noting that, "The problem with death dreams is that they’re often so graphic, or they feature people you know and love which is emotionally devastating," arguing that an opportunity for growth and learning can almost always stem from working to understand the meaning of such otherwise troubling dreams. You can learn more about Anderson's work by visiting her website.

Few would argue that some dreams can appear so vivid that they do push the boundaries of our sense that a dream really is just a dream. When frightening imagery appears, the likes of which Vicky described in her story, it can further lend itself to the feeling that "something more" may be afoot; and that feeling is further complicated, and made more frightening, when the events from our dreams seem to mirror an occurrence in real life.