Mysterious Deaths and a World-Famous Author

On the night of Monday, March 2, a new mini-series will air on British television. Its title: Arthur and George. It tells the strange story of a young man named George Edalji, who, in 1903, was arrested for slashing and mutilating horses at Plant Pit Meadow, Staffordshire, England. It will be broadcast in the United States soon, and hopefully elsewhere, too.

Such was the nationwide attention given to the controversial affair, none other than the creator of Sherlock Holmes, Sir Arthur Conan Doyle, took an interest in the matter of whether Edalji was guilty or not. And, as you will have by now surmised, Edalji and Doyle are the “Arthur and George” of the new TV series.

So, why am I mentioning all of this? Simple. Read on: I grew up in a village in central England called Pelsall, which is situated only about a ten minute drive from the town where Edalji lived, Great Wyrley.

Having grown up almost on the doorstep of where the horse mutilations occurred, I knew of the story when I was a kid. And, as my interest in real-life mysteries grew, I read quite extensively on the whole saga.

History has shown that the evidence against Edalji was decidedly flimsy and controversial, to say the least. Also controversial were the public statements of the local police, who frowned upon the fact that George’s father, Shapurji, was Indian.

That anonymous letters were flying around, and that there were other suspects under the microscope (such as a local butcher’s boy, Royden Sharp), ensured that more than a few people – whether they cared to publicly admit it or not – were of the opinion that Edalji was a convenient scapegoat and nothing else. Whatever the truth, Edalji found himself sentenced to seven years of hard labor.

To his credit, Conan Doyle raised his doubts about the sentence given to Edalji, as his 1907 title, The Story of Mr. George Edalji, demonstrates. Given Conan Doyle’s fame and standing, the nation’s media took a great deal of interest in Doyle’s investigation – as did the British Government’s Home Office.

The result: a committee was created that concluded Edalji was wrongly convicted, after all. Mind you, there was not a bit of compensation forthcoming. There was barely an apology, either. Edalji was a free man after three years; but he lived under the specter of the attacks until his death in 1953.

While we may never know the truth of the saga, what is particularly interesting is the significant body of data of a cryptozoological/mystery animal nature that surrounded the matter – something which very often gets overlooked.

As is the case with numerous unsolved puzzles of the very bizarre variety, a lot of nonsense has been spouted about the affair, such as the theory that it was an early equivalent of modern day “cattle mutilations.” In other words, some say, the work of extraterrestrials – a theory I consider to be complete and utter rubbish.

But, that doesn’t take away the fact that the case was – and still is – surrounded by profound oddness, which brings us back to the aforementioned matter of cryptozoology and mysterious animals.

There was the theory that the culprit was a man disguised as a horse (!), some form of mysterious, giant bird, a group of well-trained boar, and most bizarre of all, an ape that was controlled by someone skilled in the art of hypnotism. On top of that, I once spoke with a guy who said his grandfather “knew” that the real attacker was a black leopard.

These theories are all very interesting, for one specific reason: the location where Edalji lived, and where the horse mutilations occurred, was very close to the notorious Cannock Chase, a mysterious area of woodland and heathland that is filled to the brim with paranormal oddities and strange beasts. I know, since I have investigated many of them firsthand, having lived near the Chase.

Anomalous apes, out-of-place pumas and leopards, crocodiles, giant snakes, colonies of boar, and even the occasional wallaby and werewolf have been reported on the Chase. Is it, therefore, possible that the guilty party in the Edalji affair (wait for it…) wasn’t even human? It sounds bizarre, but read on.

One of those who played an integral role in the investigation that led to Edalji ending up behind bars was a certain Dr. John Kerr Butter. He was retained by the Staffordshire Police to analyze Edalji’s clothing, primarily for any evidence of horse hair – something that might well have proved the man’s guilt or innocence. The doctor also provided testimony during the course of Edalji’s trial.

It turns out that Dr. Butter, who lived in the town of Cannock, had a large and notable menagerie, one that was home to numerous animals, including a giraffe, various monkeys, and an ocelot – a wild cat, no less – which he managed to tame, at least to a degree. He also collected such things as bearskins and alligator jaws.

All of this brings me to a man named Jonathan Crossland, who I interviewed a few years ago – and whose story is told in a seventeen-page chapter in my 2012 book, Monster Diary. Crossland came to believe that the real culprit in the Edalji case was one of Butter’s animals – which, having escaped from its confines in very nearby Cannock, went on a bloody rampage, attacking horses as it saw fit.

Crossland’s is a fascinating and under-appreciated theory that I still think about quite often, given that it might offer at least some insight into what really happened, all those years ago.

It’s also a fact that all of the doctor’s animals vanished in 1914, after he went off to fight in the First World War. Perhaps he released them into the wild, to give them a fighting chance, so to speak. Indeed, there is no record of them having been donated to other menageries or zoos, either in the immediate vicinity or anywhere else in the UK.

Still on the matter of the doctor’s missing animals, is it possible that one of the doctor’s exotic beasts escaped long before the First World War, and shortly before George Edalji became Public Enemy Number One? It’s hard to say.

But, if nothing else, the matter of Dr. Butter adds even more intrigue to a mystery that, more than a century later, still inspires interest. And it’s that ongoing interest in the Edalji controversy that has led British TV to invest a sizeable amount of money, and first-class actors, into creating a series that brings to life the weird, eerie story of Arthur and George. 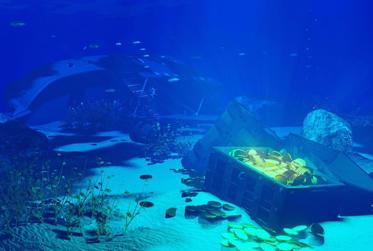