One of the most fascinating aspects of the UFO phenomenon - and particularly so that which focuses on the "alien abduction" controversy - is one which makes a connection between encounters of the unearthly kind and owls. There are numerous reports on file where people who have undergone UFO experiences report sightings of anomalous owls. And by "anomalous" I mean owls that (A) manifest directly before or after the encounter and in the same location; and (B) seem to be much larger than the average, known kind of owl.

This has led to an intriguing theory: that the sightings of owls are actually nothing of the sort. They may be nothing less than skilfully-created "screen memories" which are implanted into the mind of the abductee or the experiencer, with the specific intent of masking the true nature of what occurred.

Whitley Strieber is the author of what is probably the most widely recognized book on the alien abduction phenomenon: the bestselling Communion, which was published in 1987, and the cover of which displays a near-hypnotic image of an alien entity. It may not be a coincidence that immediately after the first abduction experience that Strieber recalled, on December 26, 1985, his mind was filled owl-based imagery. 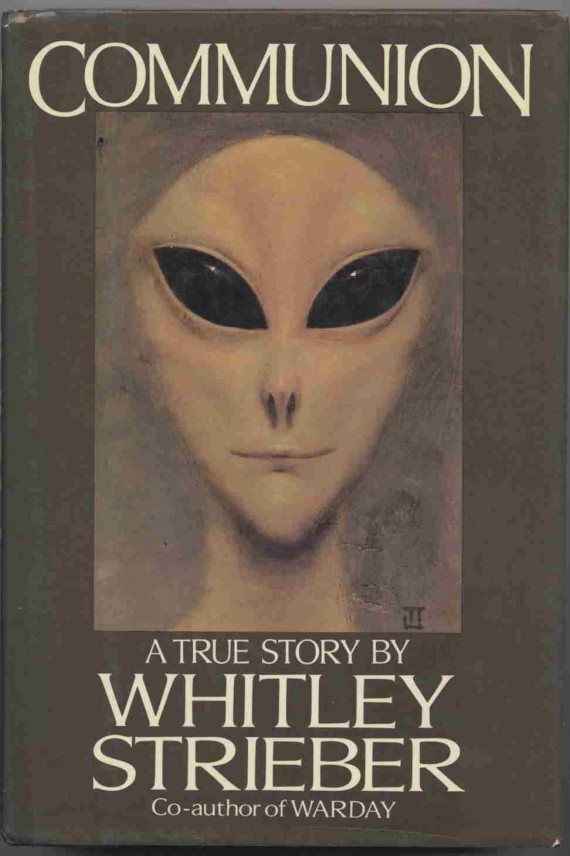 Strieber’s sister had her own experience with an anomalous owl in the early 1960s. Strieber said that as his sister was driving between the Texas towns of Comfort and Kerrville, and after the witching hour had struck, “…she was terrified to see a huge light sail down and cross the road ahead of her. A few minutes later an owl flew in front of the car. I have to wonder if that is not a screen memory, but my sister has no sense of it.”

This all brings me to something else - a creature that has become a staple part of a completely different subject: cryptozoology, which is the study and search for unknown animals, such as Bigfoot and the Loch Ness Monster. Or, based on what I'm about to say now, maybe they are not so unconnected, after all. In November 2013, I penned an article for the New Page Books' blog titled The Owlman of the Woods. In part, the article said:

"In 1976 the dense trees surrounding Mawnan Old Church, Cornwall, England became a veritable magnet for a diabolical beast that was christened the Owlman. The majority of those that crossed paths with the creature asserted that it was human-like in both size and design, and possessed a pair of large wings, fiery red eyes, claws, and exuded an atmosphere of menace. No wonder people make parallels with Mothman.

"It all began during the weekend of Easter 1976, when two young girls, June and Vicky Melling, had an encounter of a truly nightmarish kind in Mawnan Woods. The girls were on holiday with their parents when they saw a gigantic, feathery 'bird man' hovering over the 13th Century church." (End of quote.) 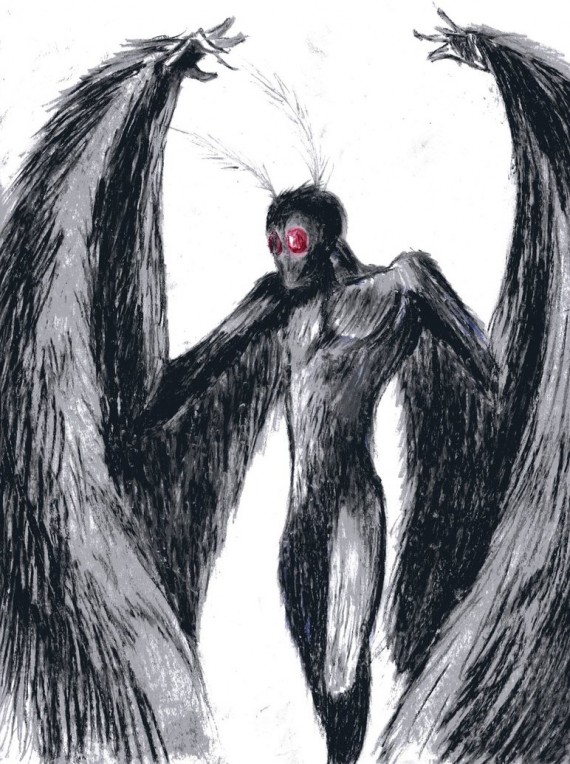 Since that fateful day, a handful of additional reports of the so-called Owlman have surfaced - collectively suggesting the presence in the area of a somewhat-Mothman-like beast of cryptozoological or supernatural proportions, or possibly a combination of both. But now, however, there is a new angle to the mystery.

Just a couple of days ago, I received an email from a woman now living in the English town of Lowestoft, but who previously lived very close to Mawnan, and specifically in the small Cornwall village of Gweek, the distance between which, by car, is approximately six and a half miles. It transpires that in 1998 she had a profound UFO encounter while taking the road from Mawnan to Gweek.

It was after 11.00 p.m. and the woman was driving home after visiting a friend in Mawnan. She had barely left the little village when she saw what she could only describe as a UFO, one that appeared at the side of the road - around the size of a large beach-ball and glowing bright orange. The next thing she knew, she was parked at the side of the road, with what she was able to determine was no less than two hours of time unaccounted for.

But there was something else: as she came out of her groggy state, she caught sight of a huge owl-like creature, but which had somewhat humanoid characteristics attached to it, too. It was hovering in the air, at a height of around fifteen feet, but was not employing the use of its wings to keep it aloft. Given the fact that this was practically on the doorstep of where the Owlman was seen back in 1976 (and since, too), the idea that the two issues are unconnected is highly unlikely.

The witness admitted she knew of the Owlman legend. Living so close to Mawnan, it would be more astonishing had she not heard of it. There was little more she could tell me, beyond the facts surrounding the sighting of the curious ball of light, the period of missing time, and the appearance of a "humanoid owl," as I term it.

This particular encounter - which has not been publicized before - set me thinking. What if the Owlman of Cornwall is not a beast of cryptozoological proportions, after all? What if, instead, it is some strange manifestation of the UFO phenomenon, one that is designed to trick the witnesses into thinking they have encountered a large owl, when, in reality, the event was of an otherworldly nature?

A screen-memory, in other words.

Maybe we need to reevaluate the true nature of the enigmatic Owlman...