Robots have been everywhere in the news this past week so let’s get right to the stories.

At the Naval Future Force Science & Technology Expo in Washington, D.C., the Shipboard Autonomous Firefighting Robot (SAFFiR) made its debut. Still in testing, SAFFiR is designed to combat fires in the closed quarters of submarines and ship interiors with some pretty sophisticated technology, according to Navy scientist Tom McKenna.

We can identify the fire and locate its extent. We can measure the temperature field with thermal imaging and extract [a sense of where] flame is from that. We can also sense flames that are outside the visual field by reflections … orient itself to the fire … autonomously handle the hose, operate the hose, aim the hose and suppress the fire.

The Huis Ten Bosch in Nagasaki, Japan, unveiled plans for the Henn-na Hotel that will be partially staffed by robots working as reception attendants (see photo above), waiters, cleaning staff and cloakroom attendants. The Actroid robots are made by Kokoro, speak and understand Japanese, Chinese, Korean and English and will be backed up by 10 humans. Rooms start at $60 US and are much cheaper than the park’s other hotels due to the efficiency of the robots - at least that’s what the management claims.

In an article about artificial intelligence and religion, Zoltan Istvan predicted we will soon have “autonomous, self-aware super intelligences.” This got evangelical ministers talking about what religion these AI beings would be and how to convert them to theirs. Providence Presbyterian Church Associate Pastor Dr. Christopher Benek had this to say:

If AI is autonomous, then we should encourage it to participate in Christ’s redemptive purposes in the world … There may be churches set up to deal and promote religious AI in the future. AI can help spread the word of God. In fact, AI might help us understand God better.

But Giulio Prisco of the “virtual” Turing Church thinks AI beings might have their own religious preferences.

But I think it’s highly unlikely that superhuman AI would choose to believe in the petty, provincial aspects of traditional religions. At the same time, I think they would be interested in enlightened spirituality and religious cosmology, or eschatology, and develop their own versions.

So many questions. Would you feel safe with a robot fighting your house fire? Would you stay at a robot hotel? Can robots have religion and would you try to preach to one? 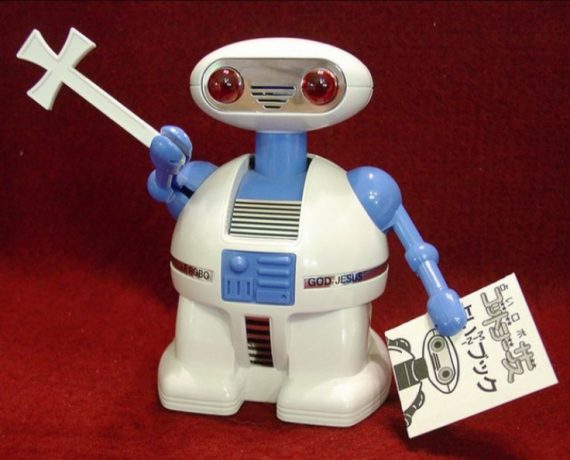