“Roswell Slides”: What Will They Prove?

Well, my previous article on what have become know as the "Roswell Slides" has provoked a flurry of comments, via Facebook, Twitter, and email. Several of the writers took me to task for suggesting that even if the slides are the real deal - or are perceived to be so, even by highly credible individuals - it won't make any difference to Ufology, or in relation to clearing up what happened at Roswell. I still stand by my position, and I'll tell you why.

For the sake of argument and clarification, I'm going to play devil's advocate and suggest that the slides just might be the real deal. Let's say that careful study of the slides proves them to be of 1947 vintage. Let's also say that there is a consensus amongst those qualified to comment, that the body is not a model, or a deformed human, but of an unknown life-form...an extraterrestrial.

That's all well and good. But, if that's all there is, and at that point the story stalls, and hits the proverbial brick wall, we have major problems - regardless of the positive opinions made in relation to the slides. Think I'm wrong? I'm not. Take, for example, the infamous film-footage taken in 1967 by a man named Roger Patterson that alleges to show a Bigfoot. 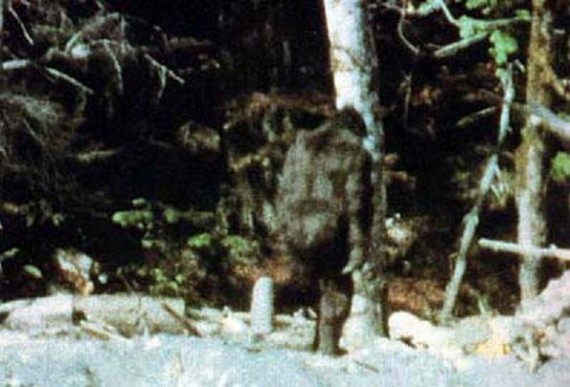 The Patterson film - as it's known - has the support of a number of credible people, with credentials. But, even so, it hasn't changed the world. Why? Because the film stands alone, that's why. It has not been supported by the recovery of a dead or a living Bigfoot that can be compared to what the film shows. In other words, it remains an intriguing bit of film - and that's all. The very same situation could occur in relation to the "Roswell Slides."

Unless, or until, someone provides us with a real alien body that can be compared to the body in the slides, then the images will forever be the UFO equivalent of the Patterson film. Only hard physical evidence of what happened at Roswell - for comparison - will change things. But, I don't think that will happen, and I'll tell you why.

I am going to play devil's advocate again and suggest that yes, maybe, aliens did crash at Roswell. But, if they did, what, precisely, did the U.S. military of 1947 actually recover? There are more than a few reports from old-timers from Roswell (both military and civilian) who talked about the recovery of unusual, small bodies, and the discovery and subsequent retrieval of a huge amount of strange, foil-like material.

If, however, you go back and carefully review the published material, you will see very few references to a craft - intact or even semi-intact - having been found on the Foster Ranch, Lincoln County, New Mexico, in the summer of 1947. There is no talk - even from the old-timers - of the military scooping up futuristic power-plants, weird landing gear, "engines," etc. It's all about the odd bodies and the equally odd "foil."

Playing devil's advocate for no less than a third time, let's say that this is all the military found - and it's all that the keepers of the secret have today: namely, four or five preserved bodies (in varying degrees of quality), and a mass of curious metal. If that's so, it's highly possible that only a very limited amount of work could be undertaken to try and figure out what had fallen into the hands of the Human Race - or, rather, into the hands of a small, elite, number of the Human Race. 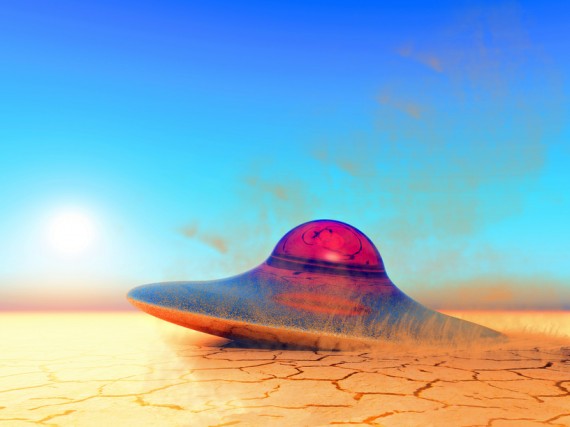 Within the field of Ufology, there are numerous accounts of government agencies, the military, and private corporations "back-engineering" alien technology at places like Area 51. Check out the controversial story of Philip Corso, in his The Day After Roswell book, as a perfect example - or take a look at Independence Day. I sometimes wonder if all these tales of advanced, back-engineering programs were merely the concoctions of Cold War-era generals and strategists, doing their utmost to freak out the Russians and have them believe we had cracked the key to understanding alien technology.

But, what if, in reality, we haven't made any advances - at all? Such a scenario is not in the slightest bit implausible. If all that was found really was just a bunch of bodies and a mass of foil, then it may be the case that nothing has been achieved beyond two things: (A) confirming that something intelligent, something that is not of the Human Race, has visited us; and (B) realizing that their technology is so bizarre that their vehicles appear to be comprised of strange foil and of absolutely nothing else.

Faced with that, what else could you do, say, or conclude? Certainly, you could periodically bring in expert individuals to examine the bodies. Likewise, you could have some of the finest minds on board to periodically study the so-called "memory-metal" found at the crash site. But, faced with so little material to work with, those overseeing the secret of Roswell (and I'm personally sure that someone is overseeing something!), may, by now, have reached the point where no more meaningful advances can be made.

In that sense, the Roswell evidence (the bodies and the memory-metal) may have gone from being a secret that was once dedicatedly studied to a secret that, today, is dedicatedly hidden.  And that's all. Skeptics often say that it's absurd to believe that "the government" could hide the truth of Roswell. Their reasoning: thousands of scientists would be involved in the study of the recovered evidence, and some of them would blow the whistle.

Those same skeptics, however, are working from the mindset that the Roswell materials would have to be the subject of a massive, decades-long investigation. But what if that's not the case? What if the truth is even stranger than that? Namely, that the keepers of the secret have so little to work with (just deteriorating corpses and a pile of foil), that what was, in the immediate aftermath of the crash, a bustling lab-type environment, is now the equivalent of a grim, mausoleum, where things are merely stored, rather than studied?

In that sense, it would be very easy to hide the evidence, simply because...no-one is doing anything with it. Which brings me back to the "Roswell Slides." Maybe they are the real deal; I don't know. But even if they are, we need more than just slides to make a solid case that aliens crashed in New Mexico in the summer of 1947. We need materials. We need body-parts.

Granted, if the materials are being studied and back-engineered here, there, and everywhere, then, yes, we would stand a chance of someone coming forward with at least something. If, however, the truth is as I suspect it could be - that the Roswell material is locked away because nothing has been learned from it and, now, no-one knows what to do with it, beyond hide it - our chances of vindicating things are slim to none.

And that's not being pessimistic or defeatist. It's being what more people in Ufology need to be: realistic.

Trippers Beware: Some Mushrooms Are Carnivorous