Scientists Enlarge the Brains of Mice, While ‘Pinky and the Brain’ Plot World Domination 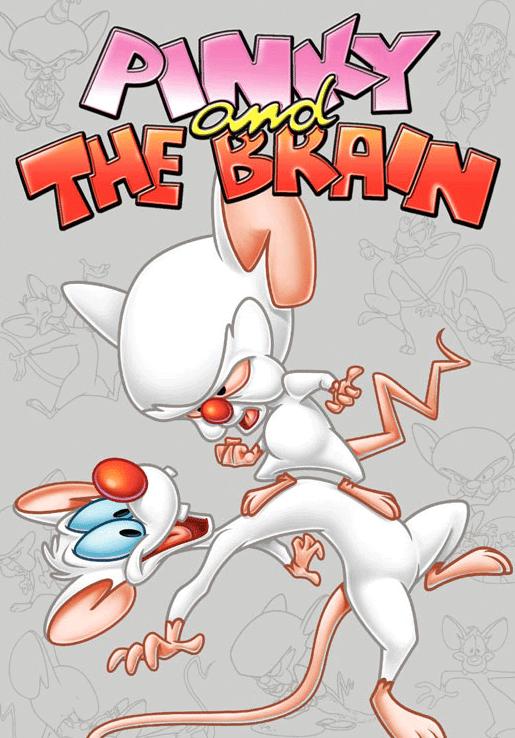 Duke University scientist have made a scientific breakthrough by isolating and implanting a key regulator of gene activity in humans and chimpanzees, dubbed HARE5, into mice embryos. The result of the experiment was staggering, as the embryos implanted with the human form of HARE5 developed a 12% larger brain then those implanted with the chimpanzee gene regulator.

The experiment began as trying to identify the key gene differences between chimpanzees and humans. Chimpanzees remain the closest living relative to humans in regards to their respective DNA makeup, and yet the causes for critical differences between the two species had remained elusive, specifically in regards to the brain. Both chimpanzees and humans are primates, and have a similar evolutionary origin, yet a schism occurred roughly 800,000 years ago between the two species. What this schism has evolved into is that humans have a far larger brain, which grows more rapidly in the early days of infancy than those of chimpanzees. Where the chimpanzee brain develops rapidly in the womb, and then drastically slows once born, the human brain continues its grows throughout the first two years, leading to what is today a 3 times larger brain than those of mans closest relative. 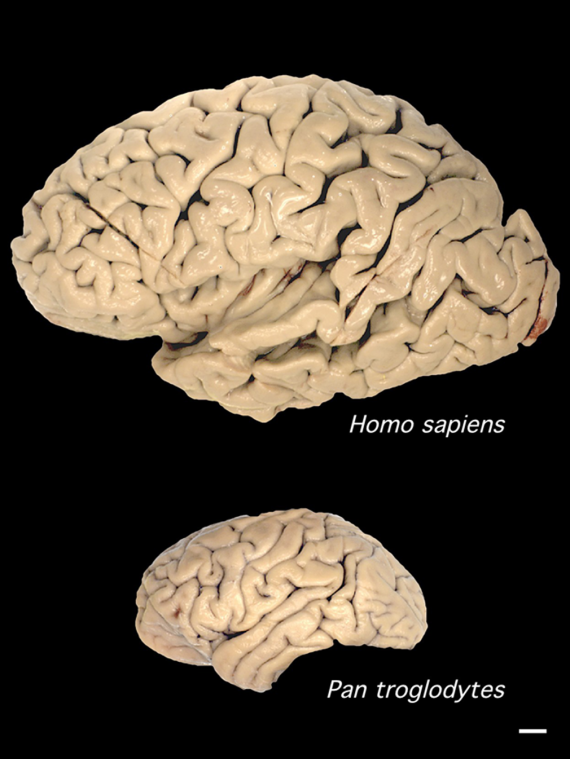 But the question is, why?

Every genome with the body includes thousands of tiny DNA enhancers, whose role it is to regulate the activity of the genes. Although these enhancers can effect the appearance and workings of specific tissues, previous research could find none of these enhancers that directly effected the anatomy of the brain.

By examining the various genome mapping projects, scientists from Duke University sought out various DNA enhancers that were different between the humans and chimpanzees. They initially came up with 106 potential candidates, and were then able to narrow it down to 6 as being good candidates for being involved with brain development. Of these, the group focused on what they dubbed HARE5, which is located near a gene called Frizzle 8, a well known molecular pathway implicated in brain development and disease.

Human vs. chimpanzee HARE5 differs by only 16 letters of genetic code, which isn't very much in the grand scheme of things. Yet, when testing the differences in mouse embryos, researchers noted that the HARE5 enhancer was active far earlier then in the chimpanzee HARE5 mice.

"What's really exciting about this was that the activity differences were detected at a critical time in brain development: when neural progenitor cells are proliferating and expanding in number, just prior to producing neurons," said Debra Silver, an assistant professor of molecular genetics and microbiology in the Duke University Medical School.

The researchers found that when a mouse embryo had its Frizzle8 gene under the control of a human HARE5, the brain size of the mice began to differ substantially from those of the Chimpanzee HARE5.

Once it was all said and done, the human infused HARE5 mice had brains that were 12% larger then those of chimpanzee HARE5. Most interesting were the areas effected, that of the neocortex, which is involved in higher level function and language development.

This represents the first time such a difference was noted in species genetic makeup. "Producing a short list of strong candidates was in itself a feat, accomplished by applying the right filters to analysis of human and chimpanzee genomes," said co-author Gregory Wray, professor of biology and director of the Duke Center for Genomic and Computational Biology.

"Many others have tried this and failed," Wray said. "We've known other people who have looked at genes involved in brain size evolution, tested them out and done the same kinds of experiments we've done and come up dry."

The scientists hope that these revelations may shed light on brain disease and other neurological issues that affect only humans, and not other species of primates. The researchers will continue to monitor the mice as they grow into adulthood. Now queue Pinky and the Brain theme song!

The findings appeared online on February 19 in Current Biology.

Peter Holmstrom
Peter Holmstrom is a freelance writer that has written for Mysterious Universe and Portland Monthly. He's also studying to be a screen writer.