Well, now, this is very interesting. As you may have seen, I penned an article here at Mysterious Universe a few days ago on the strange saga of the legendary "Owlman" of Mawnan, Cornwall, England. For those who don't know, the Owlman is just about the closest thing that the UK has to Point Pleasant, West Virginia's equally legendary Mothman.

Like Mothman, the Owlman is a winged humanoid that sports a pair of fiery red eyes. Sightings of the beast have been made - sporadically - in the direct vicinity of the village's church since 1976. My new article, however, took a decidedly different approach to the Owlman phenomenon, in the sense that it suggested confrontations with the creature may actually have been "screen memories" designed to mask a close encounter of the UFO kind.

My reasoning for suggesting this is simple: as my earlier article shows, there are numerous cases on record that link sightings of what are perceived as owls (and sometimes as impossibly large owls) and UFOs together, both in terms of the time-frame and the geographical location. Indeed, Mike Clelland has written an entire, excellent paper on this very issue of how and why owls and alien incidents go together, hand in glove. 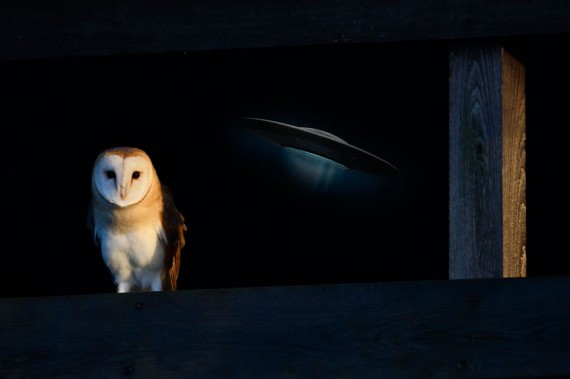 All of this brings me to two matters that, given the location - Mawnan - cannot be a coincidence. Number One: Liz Randall is a friend of mine who has compiled an excellent, two-volume collection of her writings on all things paranormal, titled From Lyonesse to Alien Big Cats and Back Again. Liz referred me to an article she wrote in 2004 that deals with something that her daughter experienced in 2003 at the church, itself . Liz said, in 2004:

“Very early one morning a year ago, in the late summer of 2003, my adult daughter, who lives in Mawnan Smith, Cornwall, had a strange experience. Being a thoughtful neighbour, and not wanting to disturb anyone, at 02:00 a.m. she and a friend had wanted to listen to some music. So she took her car up to the car park of the old local church because it’s such an isolated spot."

Liz continued: "After about ten minutes my daughter and her friend suddenly became aware of a block of blue/white light above their heads. It was pulsating in that it stopped and then started again, for seconds at a time, although it remained stationary overhead. Neither were aware of any missing time, but they also had no idea how long they remained near the churchyard before they went home. And, when they reached home, both were so tired that they simply went to sleep without checking the clock."

But, things don't end there, which leads us into Number Two. Liz also directed me to a case that author and anomalies authority Paul Devereux wrote on high-strangeness at Mawnan Church. Paul wrote, of a November 1996 case that was brought to his attention: "...a woman on the Lizard peninsula saw a 'block of light' materialise above Mawnan Smith church. It was rectangular and orange-red in colour. As it hung motionless, another block of light 'switched on' some distance away. The first one went out, then reappeared." 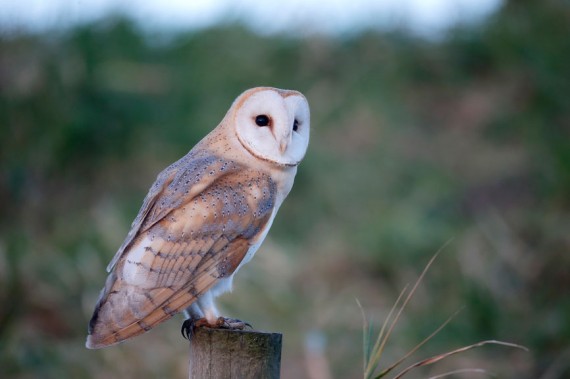 With that said, let's take a closer look at Mawnan and it church, both of which appear to be magnets for paranormal and Fortean activity. The Church of England says: "Mawnan is probably named after a sixth century Saint Maunanus. Little is known about him but probably he was a Breton monk who landed here about 520 AD. The site of this church was already sacred since it is built within the confines of an ancient earthwork, which was still in an excellent state of preservation when the churchyard was enlarged in 1920."

Interestingly, ancient earthworks of the type referenced in the paragraph above, are very often the focus of supernatural activity. I know this, as I grew up very near to one in Staffordshire, England. Its name is Castle Ring, which was built during the Iron Age and was home to a Celtic tribe called the Cornovii. I can say with certainty that Castle Ring has a long history of encounters with UFOs, Bigfoot-type creatures, spectral figures, and much more. Why? Well, that's the big question that, unfortunately, eludes us.

But what I would say, however, is that I think investigating the Olwman itself - as a solitary, stand-alone mystery - will only allow us to see a small portion of what's afoot in this particularly mysterious part of Cornwall.

In our quest for the truth of the beast, and of the Owlman/anomalous owls/UFO connection too, it is very likely Mawnan itself that we should be focusing on. It may well be an under-appreciated equivalent of one of John Keel's legendary "window areas," places where just anything and everything weird can be seen and encountered...