Further to my earlier article - on the matter of the already-infamous saga of computer hacking in relation to the so-called "Roswell Slides" - I thought I would share with you another couple of examples of hacking as they relate to UFOs. The first is one that seldom gets much attention, but which is genuinely right up there in the undeniably weird stakes. It all began in late 1992 - specifically on October 27 of that year...

That was the date on which a particular episode of Dateline NBC was broadcast. It was an episode made highly notable by the fact that, in part, it dealt with issues that parallel certain, key aspects of the controversy surrounding the Roswell slides - namely, dead aliens and a mysterious, unnamed hacker whose identity became, ultimately, a matter of great debate.

One segment of the show was focused on hacking, with an anonymous hacker talking about his actions and activities. And that's when the matter of UFOs surfaced, and the UFO research community of the day sat up, did a double-take, and took careful notice. 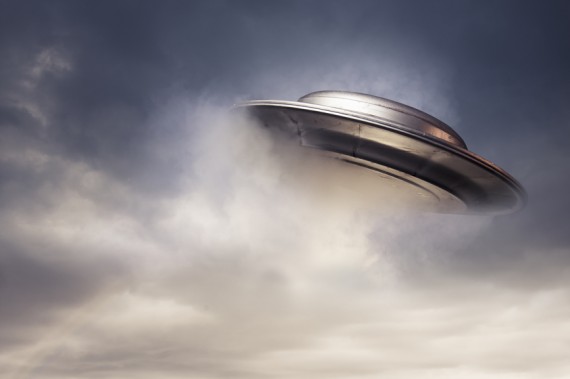 As the hacker spoke, various imagery appeared on the screen that gave every indication of being taken from a computer from none other than Wright-Patterson Air Force Base, Dayton, Ohio. For those who may not know, it's a facility that has long been associated with claims of UFO debris and the corpses of dead aliens being secretly stored there. The following words could briefly be seen on the show: "Wright-Patterson AFB/Cataloged UFO parts list, an underground facility of Foreign..."

At that crucial point, the camera swung away to another aspect of the story. Things didn't end there, however. In fact, they had barely begun. The hacker reportedly found, and then downloaded from Wright-Patterson's computers, certain things that included, apparently, material on nothing less than alien autopsies. It's hardly surprising, then, that the show received a wealth of feedback.

In the wake of the show's broadcast, NBC said that the hacker was aware of the interest his apparent UFO material had generated, but he had no desire to reply. That was pretty much the expected response, since all of the data he had acquired was obtained via wholly illegal means. Nevertheless, NBC said that its lawyers had scrutinized everything "with a fine-tooth comb" and, as a result, were satisfied that the data was the real deal.

In 1996, four years after the NBC broadcast appeared, a Welsh man, named Matthew Bevan, was arrested by Scotland Yard's Computer Crimes Unit, after also hacking Wright-Patterson Air Force Base, in pursuit of UFO data. Bevan was in deep, deep trouble, on both sides of the Atlantic - that is, until the case against him collapsed, in 1998.

And who can forget the saga of Gary McKinnon? He was the Brit who had a ufological Sword of Damocles hanging over his head for the best part of a decade, after very unwisely deciding to hack the US Government for secrets of the UFO kind - just like Matthew Bevan and just like Dateline NBC's source had done.

Someone said to me on February 15 that the hacking angle of the Roswell slides controversy was nothing less than "a unique development in Ufology." It's not. Not at all. It's not unique and it's not a development.

The reality is that it's just the latest in a line of such things that have gone on since the early 1990s, none of which have achieved anything, at all, beyond getting two men into scalding hot water, and a third hiding and cowering behind a thick curtain of anonymity. How things will play out for the latest hacker - the one for whom the Roswell slides are a particular obsession - very much remains to be seen, although I have my hopes it will end very badly for him, given that it appears he hacked me, at one point...