Micah Hanks' new article, on his recent visit to Aurora, Texas, and his quest for the truth about the alleged 1897 UFO crash in the area, has prompted me to make an observation on the affair. It's an observation that doesn't exactly place the controversial, 19th century event in a new light. It does, however, demonstrate something important: where there is one strange and unearthly mystery there is very often another.

As some of you may know, one of my biggest influences in the world of paranormal writing and research is the late John Keel, the author of such acclaimed titles as Our Haunted Planet and The Mothman Prophecies. Keel noted that certain areas and towns seem to attract far more paranormal activity than others. Perhaps the most famous example of what Keel termed "window areas" is Point Pleasant, West Virginia - the focus of a wide range of strange goings-on, in the 1960s, that Keel wrote about in the aforementioned The Mothman Prophecies.

All of this brings me back to that small Texas town to which Micah paid a visit last week. It's a little known fact that Aurora (situated in Wise County) is home to numerous other "things" of a weird nature, some of which are far stranger than a crashed UFO and a dead alien. I have in my files three reports, from Aurora, of sightings of a certain beast that has become legendary in the fields of Fortean- and Cryptozoology-based research. It goes by the name of the "Alien Big Cat," or the "ABC."

For years, and throughout the world, people have reported sightings of large, anomalous, and black-colored cats prowling around and provoking fear and mayhem in the process. While most researchers of the ABC phenomenon conclude the mystery cats are wholly down-to-earth in nature, the fact is that there are more than a few reports of these creatures displaying certain supernatural overtones. Such rogue reports anger and frustrate some researchers of the ABC puzzle. But, too bad: the reports exist; like it or not, deal with it or don't.

As a perfect example, we have to turn our attentions to Aurora. Of the three reports I have on-file of ABCs in Aurora, no less than two originated within the town's cemetery - a cemetery where, it has been alleged, the remains of the dead "alien pilot" were buried following the 1897 incident.

One such ABC sighting occurred in 1978 and the other in 1989. In both cases, the creatures were seen prowling amongst the gravestones and acted in strange fashions. In fact, in very strange fashions: as the terrified witnesses looked on, the cats vanished - as in really vanished. Dematerialized before their eyes, in other words. Moving on...

Researcher Ericca Cordier notes: "On June 2, 2003, about 6 a.m. a postal worker traveling east on County Road 3673 in Wise County, Texas, slammed on the brakes of her white Mustang when a frightened group of deer suddenly bolted across the road in front of her. Incidents with wild deer are nothing new in this mostly rural county but this time there was a bizarre twist - the deer were being chased by two red fireballs about the size of basketballs."

Cordier's research has uncovered additional anomalies, including Mothman-style reports, animal mutilations, and weird telephone interference. Then there is the matter of the area's very own werewolf. Aurora is situated on the 114 road in Wise County. Travel along that same road for about 15 minutes and you will reach the town of Paradise. Back in September 1996, a local rancher had a nightmarish, late-night encounter on his farm with a beast that walked like a man, yet which was covered in hair and sported a wolf-like head and a long, protruding muzzle. 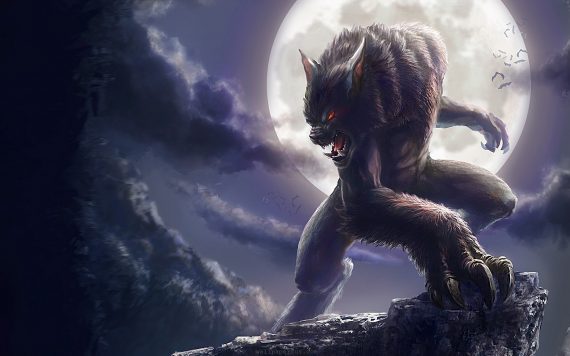 It's hardly surprising that the term "werewolf" sprung to mind. It's a case I investigated in late 2006 and found that there was much more to the story: animal mutilations (yet again) were part and parcel of the puzzle, and the rancher found on his property a somewhat menacing-looking, carved, stone head - something which he believed had been fashioned by occultists as a means to conjure up the deadly beast.

And just a handful of miles from Paradise is Decatur, a city of 6,000, also located in Wise County. It's home to around 6,000 people and to...something else. That "something else" is more than a few Bigfoot - as Lisa Shiel noted in her book, Backyard Bigfoot.

So, what we have here is a county chiefly noted for one, legendary mystery (the alleged 1897 UFO crash), but which, in reality, is home to much more, too: Sasquatch-type beasts, animal mutilations, strange balls of light flitting around the roads, anomalous black cats, the closest thing one can imagine to a werewolf, and a mysterious gang of occultists.

Some might say the high concentration of weirdness in such a small area is merely coincidence. I say otherwise. I say "Window area."

The Mysterious Kappa of Japan