In January of 2015, hundreds of sea birds were found dead along the California coast. At present, their cause of death has been attributed to what scientists call a mysterious “gray goo”, which remains unidentified.

The shore birds, some of them still alive, were found with matted feathers, and covered in this unidentifiable “gunk”.  State scientists have been investigating the strange incident since January, seeking to understand what the substance is that killed these sea birds. 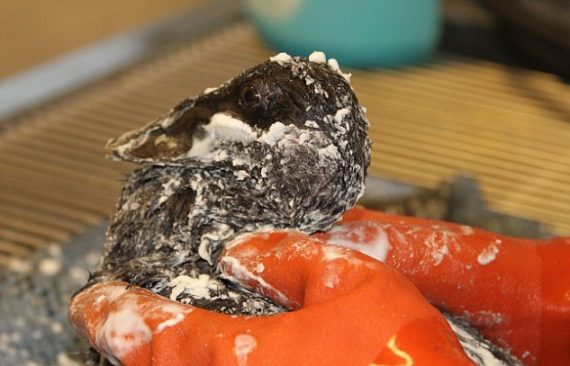 NPR reports that scientist Gail Cho with the California Department of Fish and Wildlife likened the process of identify the mystery substance to, “trying to reconstruct a vase from a pile of powder.”

"This is a true mystery. What we know is it's not petroleum, which is good news. What we don't know is what it is. It has the consistency of rubber cement,” Andrew Hughan, an information officer with the California Fish and Wildlife Department, told CBS news earlier this year.

One candidate that has been suggested by chemists is polychlorinated biphenyl, more commonly known as PCB. However, EPA investigators have yet to determine what variety of the substance might account for the mystery goo on the California shoreline, or for what reason the substance was dumped in the area.

Jay Green of the EPA’s Criminal Investigation Division says the investigation has not ruled out criminal action, though a possible motive remains elusive. 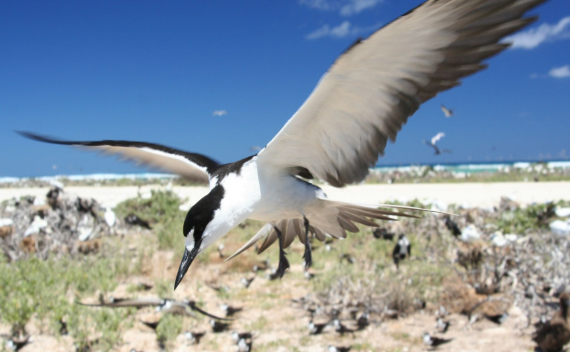 Most of the surviving sea birds have been scrubbed clean and set free. Workers with the International Bird Rescue organization found that adding baking soda would “soften” the substance, allowing its removal with a simple acidic liquid, such as household vinegar.

The EPA is hoping the public may be able to offer clues about what the “mystery” substance is, and has opened a tip line for those hoping to pass along information useful to the ongoing investigation.