Sasquatch of the Underworld

One of the most thought-provoking theories for Bigfoot’s overwhelming elusiveness suggests that the creatures spend a great deal of time living in natural caves and caverns, as well as abandoned, old mines. In the early 1900s, a number of stories surfaced in the Oregon press that, upon careful reflection, just might offer a degree of support for this particularly intriguing theory that Bigfoot is very much a creature of the underground.

The reports are made all the more significant because they reference in excess of a decade of sightings of large, hair creature, all in a specific vicinity where underground digging was known to be widespread. In 1900, the Oregon press reported on an amazing story: 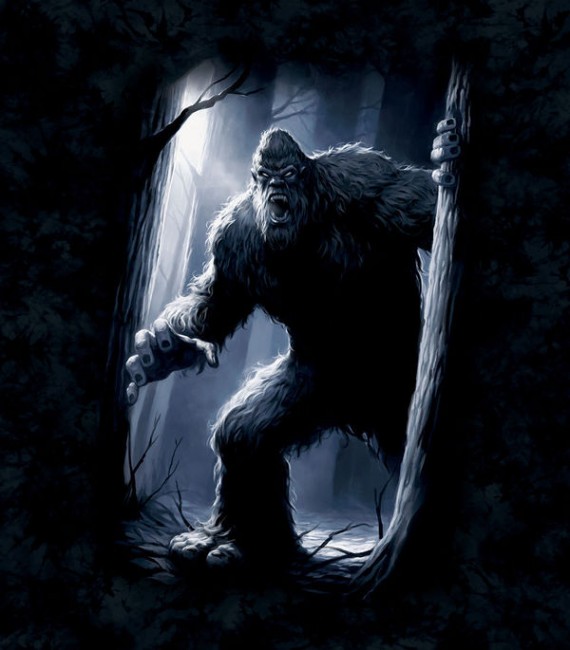 “The Sixes mining district in Curry County has for the past 30 years glorified in the exclusive possession of a kangaroo man.’ Recently while Wm. Page and Johnnie McCulloch, who are mining there, went out hunting McCulloch saw the strange animal-man come down a stream to drink. In calling Page’s attention to the strange being it became frightened, and with cat-like agility, which has always been a leading characteristic, with a few bounds was out of sight.”

Despite having been given the extremely odd nickname of the “kangaroo man,” the newspaper’s description of the beast is actually far more Bigfoot-like, as the following extract from the article clearly demonstrates:

“The appearance of this animal is almost enough to terrorize the rugged mountainsides themselves. He is described as having the appearance of a man – a very good looking man – is nine feet in height with low forehead, hair hanging down near his eyes, and his body covered with a prolific growth of hair which nature has provided for his protection. Its hands reach almost to the ground and when its tracks were measured its feet were found to be 18 inches in length with five well formed toes. Whether this is a devil, some strange animal or a wild man is what Messrs. Page and McCulloch would like to know.”

Four years later, in 1904, the creature – or, at least, another, similar one of its kind – was yet again plaguing the mine-filled area. The press enthusiastically reported on the latest development:

“At repeated intervals during the past ten years thrilling stories have come from the rugged Sixes mining district in Coos County, Oregon, near Myrtle Point, regarding a wild man or a queer and terrible monster which walks erect and which has been seen by scores of miners and prospectors. The appearance again of the ‘Wild Man’ of the Sixes has thrown some of the miners into a state of excitement and fear. A report says the wild man has been seen three times since the 10th of last month. 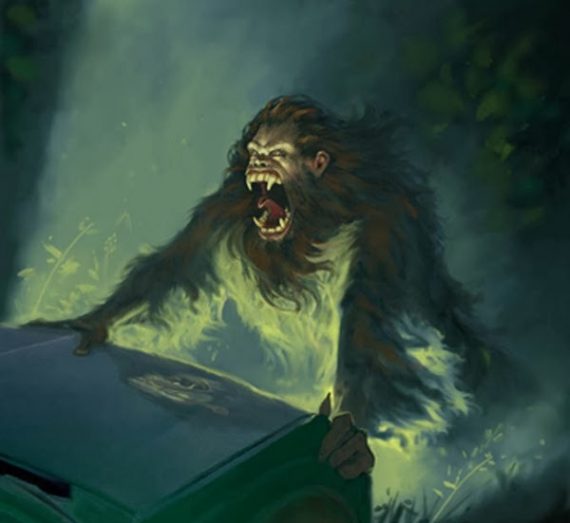 “The first appearance occurred on ‘Thompson Flat.’ Wm. Ward and a young man by the name of Burlison were sitting by the fire of their cabin one night when they heard some­thing walking around the cabin which resembled a man walking and when it came to the corner of the cabin it took hold of the cor­ner and gave the building a vigorous shake and kept up a fright­ful noise all the time — the same that has so many times warned the venturesome miners of the approach of the hairy man and caused them to flee in abject fear.

“About five o’clock in the morning the wild man gave the door of the cabin a vigorous shaking which aroused Ward and one of the Harrison boys who took their guns and started in to do the intruder. Ward fired at the man and he answered by sending a four-pound rock at Ward’s head but his aim was a little too high. He then disappeared into the brush.

“Many of the miners avow that the ‘wild man’ is a reality. They have seen him and know whereof they speak. They say he is something after the fashion of a gorilla and unlike anything else that has ever been known; and not only that but he can throw rocks with wonderful force and accuracy. He is about seven feet high, has broad hands and feet and his body is covered by a prolific growth of hair. In short, he looks like the very devil.”

Maybe, in light of all of the above, our quest to learn the truth of Bigfoot should shift from the woods, the forests, and the mountains to somewhere else entirely: the mysterious, dark underworld beneath our very own feet.

The Lost Phantom Island of Ireland