In a world where nearly everything is trying to kill you in one way or another, you’ve got to hand it to modern medical science for finding effective solutions to a vast host of ailments.  And that progress continues to develop.  Within the next 50 years, we might even see medical technology advance to such a degree that illness is thought a quaint idea from the past.

Did you know that the Star Trek style 'tricorder' is almost a reality?  Almost being the key word there.  In 2012, the XPrize Foundation – a non-profit organization that arranges and funds international competitions in the field of technology development – launched their $10 million dollar Qualcomm Tricorder XPrize.  The challenge was for developers to create a small (no more than five pound) device that is capable of scanning a person in some way, and ultimately gathering biometric data that can be used to automatically diagnose common medical conditions.  The winner of the competition would win more than $7 million USD for further development and production.

One of the 10 finalists, a team from the Canadian company Cloud DX, revealed their prototype tricorder at the South By Southwest (SXSW) conference this month, and pretty much blew everyone’s socks off.  The details of their device, Vitaliti, which is a cloud based application with several small hardware components, can be found here.  The bottom line is that Vitaliti can both provide a cheap and effective monitor for a person’s vital signs, and it can interpret those signals and diagnose problems.  It can also scan blood (similar to a glucometer), urine, and saliva, looking for common viruses and ailments.  Once an illness has been identified, Vitaliti can connect to online databases and return recommendations for treatment and further care.

We really are living in an exciting time.

Of course, there will always be a need for real doctors, but since qualified medical practitioners can be few and far between, especially in rural areas or developing countries, devices like these tricorders could provide invaluable aid to people who would otherwise go undiagnosed or would have to spend unreasonable amounts of time waiting for basic triage care.  This is an obvious breakthrough, which should eventually leave doctors with more time to focus on the more serious issues they face in healthcare.

Speaking of serious healthcare issues, what would a tricorder do if it encountered an illness not included in those databases?  Nothing.  The answer is nothing.  Although, in some cases that’s not all that different from what actual doctors can do.

We humans can be afflicted with some pretty strange things, not including the silly things we purposely do to ourselves.  Take the mysterious sleeping illness that’s ravaging a small village called Kalachi in northern Kazakhstan.  Since this weird sickness began in early 2013, more than 120 people from this village have succumbed to its symptoms.  As you may be able to tell from its name, the sleeping sickness causes its victims to fall asleep, usually for several days.  Once those stricken finally wake, they are often left with debilitating, and – so far – permanent symptoms such as dizziness, nausea, headaches, and memory loss.  Doctors are, in this case, truly baffled.

This isn’t the first time a sleeping sickness has been seen.  There have been other ailments that have gone by the common name of a sleeping sickness, such as African trypanosomiasism which is a parasitic disease transmitted through animal bites, often via the tsetse fly.  There’s also a rare form of encephalitis, known as encephalitis lethargica or von Economo disease (named after the neurologist who first described it), the cause of which is not known.  Like any encephalitis, this disease causes swelling of the brain, but in this case it’s known to cause a slowing of movement, sometimes leaving its victims in a statue-like state.  Both of these diseases can be fatal if not treated quickly and appropriately.

The difference between these more historical occurrences of a “sleeping illness” and what’s going on in Kazakhstan is that these known causes have been ruled out.  Doctors and officials believe it could be an environmental poisoning of some kind, perhaps radon or even radioactive gas from a nearby uranium mine.  But officially there is no answer as to the cause, or even a treatment.

There are yet other weird illnesses people contract though. The Tanganyika laughter epidemic for instance.

In January of 1962 at a mission-run school in a small town on the border of what is now Tanzania and Uganda, 95 students aged 12 to 18 became afflicted with an attack of the giggles.  That may not seem all that urgent an issue to you.  Certainly giggling children is not something one would think dangerous (at least not as dangerous as silent children), aside from the fact that symptoms lasted for as long as 16 days.  No joke is that funny. 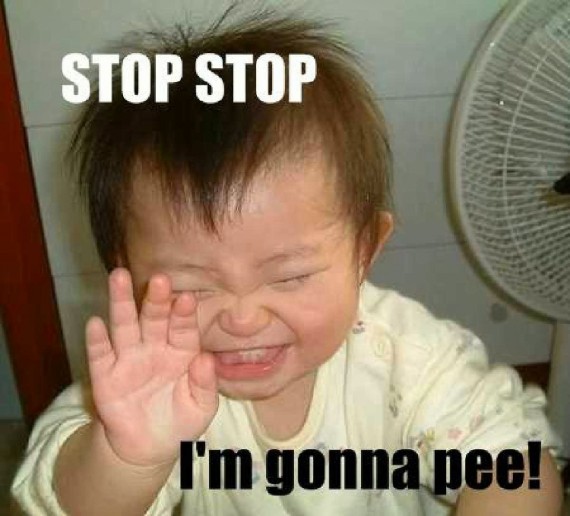 What’s more, is that this mysterious affliction spread, infecting some 217 people in another town.  Experts believe the event was an example of mass hysteria, or a mass psychogenic illness (MPI).  MPI, also known as a sociogenic illness is thought to be a sort of reverse placebo effect.  It’s listed as a form of delusion, but its effect is the occurrence of physical symptoms that have no direct physical cause.  This is similar to psychosomatic illness, where people – often people afflicted with hypochondria – cause the manifestation of symptoms simply by focusing on and worrying about contracting a disease (a sort of biological confirmation bias).  It’s basically what happens when a subconscious suggestion of sickness is implanted in the minds of a close-knit group, and they begin to exhibit symptoms without actually having any disease.  The appearance of symptoms begins a self-reinforcing delusion in the group, giving it the appearance of a viral epidemic.

The thing to really take away from all of this – besides a nagging feeling that you might be dying – is that the human body (and biological life in general) cannot be codified into a set of database parameters for a computer to accurately analyse with a high success rate.  Sure, in some cases, even a majority of cases, an advanced technology like a tricorder could provide more and more accurate information about what is happening inside us, but there will always be a need for a thinking, feeling person to be a part of that system of care.  There will always be conditions and maladies that require a human touch to fix.

Russian City of Kolomna is Becoming a UFO Magnet