Next month, April 2015, will mark the 50th anniversary of a British UFO encounter that, while not exactly having become lost to the fog of time, is certainly no longer addressed to any significant degree. It's a classic Contactee-style event that is made all the more controversial by the possibility that it may actually have had nothing to do with UFOs, after all. It may well have been a staged event, one in which the witness was led to believe he had a UFO sighting. If that has caught your attention, read on.

The story revolves around a man named Ernest Arthur Bryant, a resident of an old village in the English county of Devon called Scoriton. Or, as some prefer to spell it, Scorriton. As for Devon, it's an ancient and mysterious land, and which is made famous by the fact that Sir Arthur Conan Doyle set his classic Sherlock Holmes novel The Hound of the Baskervilles in Devon's Dartmoor National Park.

On April 24, 1965, Bryant (who served with the British Commandos in World War Two) saw something amazing hovering over a field close to his home: a flying saucer. Bryant stared, shocked and amazed for a few moments, and then made his cautious way to the field. As he did so, and seemingly in response to his actions, the circular-shaped craft gently touched to the ground. 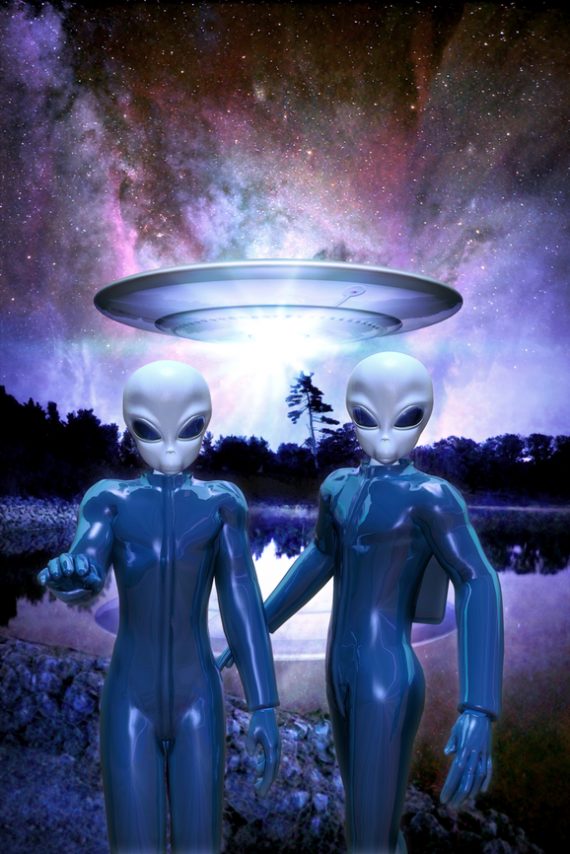 As Bryant arrived, a group of three, human-like beings attired in shiny, silver suits motioned him not to come any closer. He did as he was told. Bryant looked on, stunned, and noticed that the beings had overly long foreheads, seemed to have problems breathing in the Earth's atmosphere, and, somewhat oddly, had no thumbs. One of the beings then moved towards Bryant and reeled off typical, absurd, Space Brother-themed spiel. The entity claimed his name was "Yamski" and that he and his comrades hailed from Venus, no less.

The alien then made a comment along the lines of, "If only Des were here." Or, suggested Bryant, it may have been "Les," rather than "Des." This, along with the "Yamski" name is all very interesting, since only one day before the encounter, the world's most famous Contactee, George Adamski, died. Plus, Adamski's co-author on his Flying Saucers Have Landed book was Desmond Leslie.

Also in typical Contactee/Space Brother style, Bryant was given a "tour" of the UFO - which was, allegedly, split into three sections. The aliens then made a cryptic statement suggesting they would contact Bryant again. As Bryant watched from a safe distance, the UFO then rose into the sky and vanished from sight.

Although Bryant was determined to keep the incident under wraps, it didn't stay like that for long: both the local media and UFO researchers were soon on the case. Flying Saucer investigator Norman Oliver looked into the matter deeply and, in 1967, Eileen Buckle penned an entire book on the affair, titled The Scoriton Mystery. Bryant's story would, in all likelihood, have remained as just another Contactee case were it not for one, notable and very strange thing.

In the late 1970s, UFO researcher Rich Reynolds was contacted by a man named Bosco Nedelcovic, who suggested that Bryant's encounter had very little to do with aliens, and much more to do with secret experimentation of a very down to earth nature. Nedelcovic (who worked for the U.S. Department of State's Agency for International Development, and who also had ties to the CIA) claimed that Bryant was the victim of a form of sophisticated mind-control, somewhat akin to the kind of work undertaken by the CIA's MKUltra program.

Nedelcovic told Reynolds of a number of bogus "UFO episodes" in both the US and the UK, in which individuals were led to believe they had UFO encounters when, in fact, they experienced something very different. Nedelcovic alluded to how these events involved "visual displays, radar displacement, and artifact droppings." One of those events, said Nedelcovic, was the Bryant case.

Nedelcovic also revealed how the operation proceeded, and which involved "experimental drugs used to induce specific hallucinatory material" as well as "microwave transmissions." On this latter point, Reynolds was told by Nedelcovic that "the injudicious use of microwave technology" led to a disastrous outcome for Bryant. As history has shown, Bryant died in 1967, from the effects of a brain tumor. 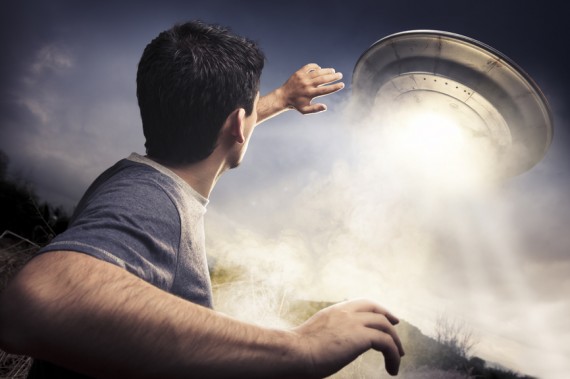 Interestingly, in his 1969 book, UFO: Flying Saucers Over Britain? author Robert Chapman noted: "There remains a possibility" that Bryant "might have had the UFO sighting planted in his mind through hypnotism." Chapman noted that there was "no evidence" to warrant such a belief, yet it is interesting that he even chose to bring up the matter in the first place - given that this was pretty much exactly what Bosco Nedelcovic was asserting a decade or so later.

All of the above suggests there is far more to the UFO encounter and tragic death of Bryant than meets the eye. And, with the 50th anniversary of the incident now fast-approaching, it would be the ideal time for someone to (A) readdress the Bryant case and the claims of Bosco Nedelcovic, and (B) undertake a new, in-depth study of  this tragic, controversial, and fatal affair.

The truth just might be even stranger than an alien visitation.