You Can’t Hide From These Night Vision Eyes

The biochemists call themselves “bio-hackers” and their organization Science for the Masses. Led by medical officer Jeffrey Tiibbetts, they experimented with Chlorin e6 (Ce6), a chemical used in cancer treatment that was also found to reduce night blindness and help patients with certain eye disorders see better in dim light.

A patent filed in 2012 for a combination of Ce6, insulin and saline that, when applied directly to a person’s eye, increased low light vision, prompted them to experiment with dimethlysulfoxide (DMSO) in place of insulin to take advantage of its greater permeability power.

The team mixed the new solution, poured the dark liquid into what looked like a precision turkey baster and squirted it into the widely-exposed eye (think A Clockwork Orange) of researcher and guinea pig Gabriel Licina, who described how it felt.

To me, it was a quick, greenish-black blur across my vision, and then it dissolved into my eyes.

Within an hour, Licina was taken to a dark field and could see objects 10 meters away. Eventually, he could identify shapes at 50 meters with 100% accuracy.

Unfortunately, the night vision ability wore off after “many” hours. Fortunately, Licina got his normal eyesight and white eyeballs back with no noticeable problems, although he did have to wear sunglasses in bed for a few days.

Kids, don’t try this at home. The team’s paper, “A Review on Night Enhancement Eyedrops Using Chlorin e6,” points that  although the initial tests were a success, they were conducted under carefully controlled conditions and more scientific research is needed.

You’ll just have to wait a few years to become Doctor Mid-Nite. 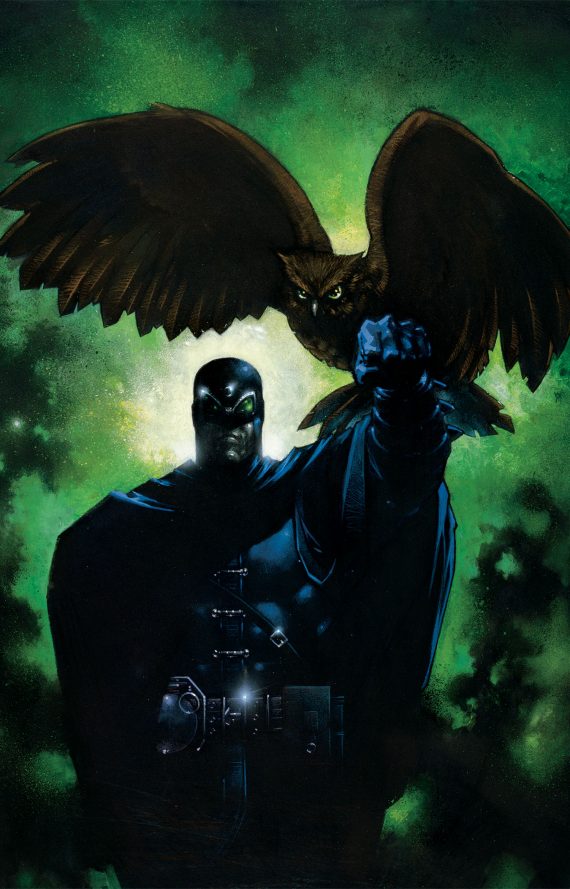