Book Review: “Masters of Wisdom: The Mahatmas, Their Letters, and the Path” by Edward Abdill

Let me preface here that I am not a member of the Theosophical Society, nor have I ever felt strongly compelled to investigate closely their teachings and ideas. And yet it’s thanks in part to the Society that I’m interested in esoteric topics today.

Throughout my twenties, I spent what amounted to roughly an hour each month browsing the huge selection of titles available at the Theosophical Society Bookshop in Melbourne, on subjects ranging from astral projection to the teachings of G. I. Gurdjieff. It was the only bookshop in the city that sold such literature, and I discovered something new with every visit.

Formed in New York City in 1875, it would be an understatement to say that the Theosophical Society, not to mention its co-founder Madame Blavatsky, played an instrumental role in introducing Eastern and esoteric spiritual ideas to the West.

Born into a Russian aristocratic family, Blavatsky was a colorful and controversial figure who traveled widely in search of esoteric knowledge and supposedly possessed from a young age remarkable psychic and mediumistic abilities. Her two major books, Isis Unveiled (1877) and The Secret Doctrine (1888), together form the doctrinal basis of Theosophy and remain widely appreciated to this day.

If Blavatsky indeed possessed psychic abilities it would support her claim that the above-mentioned works were written not by her alone but under the close guidance of hidden Masters, or Mahatmas (“great souls”), wise and remarkable men from the East who’d attained a high degree of spiritual development and possessed extraordinary powers.

Blavatsky says she first became aware of the Masters when, as a child, one of them, a tall Indian man, appeared to her during a psychic vision. As a young adult she met him in the flesh and found out he went by the name of Morya. Later she became acquainted with his associate, Koot Hoomi, another Indian man, in addition to other Masters.

Blavatsky says it was the Masters—indeed, Morya and Koot Hoomi in particular—who instructed her to establish the Theosophical Society, its purpose being that of a “universal brotherhood of humanity, without distinction of race, creed, sex, caste, or color.”

The Mahatma letters, as they’ve come to be known, are a collection of letters allegedly written between 1880 and 1884 by Koot Hoomi and Morya to the English Theosophist A. P. Sinnett. Whether they are indeed the work of the Masters, or were instead penned by Blavatsky, is an issue that’s heavily debated to this day. 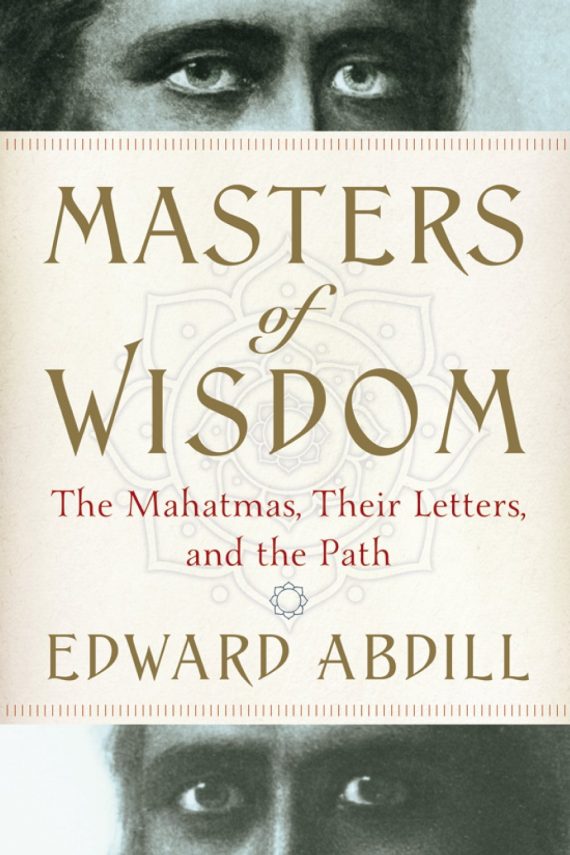 Which brings us to Edward Abdill’s new book, Masters of Wisdom: The Mahatmas, Their Letters, and the Path. Abdill is a long-time member and international speaker of the Theosophical Society in America and the author of one previous book on Theosophy. He is among those who believe in the authenticity of the letters, and in Masters of Wisdom he presents a knowledgeable and much needed analysis of the background and ideas of the Masters.

Abdill starts off by exploring the relationship between Blavatsky and the Masters and how they inspired her to found the Theosophical Society, as well as who and what the Masters are. Quoting extensively from the Mahatma letters, he discusses the teachings imparted by Koot Hoomi and Morya with respect to such philosophical and spiritual issues as the existence of God, the nature of good and evil, death and rebirth, and karma.

The second-half of the book concerns the “road to enlightenment,” as Abdill refers to it, and the many challenges and pitfalls that lie along the way. This leads to a discussion on meditation, how to avoid desire and attachment, and much else besides, with the final chapter focusing on how we can work as “colleagues with the masters.”

Overall I enjoyed Masters of Wisdom and found much of value within its pages, despite not being a Theosophist myself. What strikes me as most significant about this book is that it encourages the reader to ponder not so much whether the Masters are real but what they represent to us in relation to our own quest for spiritual growth.