Book Review: “Vampires Are Us: Understanding Our Love Affair with the Immortal Dark Side” by Margot Adler

The notion of the vampire occupies an important place in our culture. Vampire novels, movies, and TV shows are just as popular as ever, and large numbers of people around the world identify powerfully with vampires, in some cases to the point of believing themselves to be one. In Vampires Are Us, the late Margot Adler, journalist and author of the classic study of paganism Drawing Down the Moon, attempts to get to the bottom of society’s obsession with vampires.

What motivated Adler to write this book is an interesting story in itself. In 2009, her husband of thirty-five years—a man who took great care of his health and hoped to live for many years to come—was diagnosed with terminal stomach cancer. The situation prompted her to think deeply about mortality, and in turn she found herself interested in vampires and drawn to vampire fiction—vampires, of course, being symbolic of immortality. Adler’s appetite for vampire fiction continued past her husband’s death, and she ended up reading more than 270 vampire novels over a four year period.

Most of us are so terrified of our own mortality that we prefer not to think about it at all. In Western culture especially, there is a tendency to push death under the rug. But although our struggle to accept mortality goes a long way towards explaining society’s vampire obsession, there’s much more to the issue, believes Adler, than mortality alone. She also looks at the significance of the vampire in relation to power, politics, spirituality, the persecuted other, and what she calls “the struggle to be moral.”

It is with respect to “the struggle to be moral” that Adler succeeds in driving a stake through the heart of the vampire issue. Acknowledging that vampires “have always reflected the fears and concerns of our age,” and that each period in history has its own version of the vampire, she suggests that vampires as they’re depicted today represent us. Today’s vampire, she says, is a conflicted creature, in that he or she desperately struggles to be moral despite being a predator with an appetite for human blood. She explains: 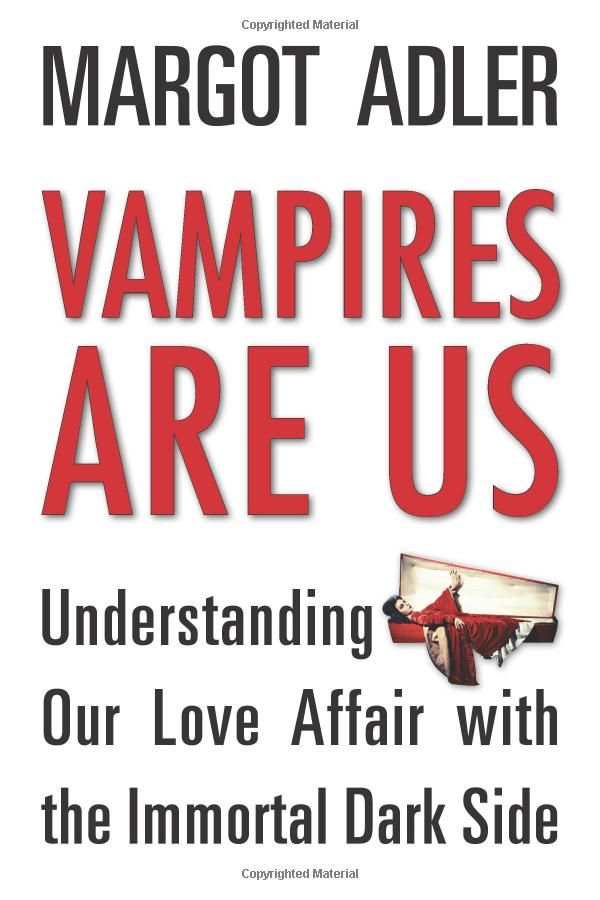 The premise of Adler’s book is an intriguing one, made all the more so by the fact that she herself was a pagan and hence had a deep appreciation of nature. As well as being entertaining and well-written, Vampires Are Us is a valuable addition to the growing list of books on vampires and philosophy. My sole criticism is that only one third of the book concerns Adler’s views on vampires; the remaining two thirds, which is hardly as interesting, is an annotated bibliography of the many vampire novels she read.

Argentine Villagers Fear UFOs Are The Lanterns of the Devil