Mothman and the Silver Bridge

As history, legend, and folklore note, there are far more than a few cases on record where strange creatures, and mysterious entities, have been seen in the direct vicinity of bridges. A classic example is a case I have extensively investigated, that of the so-called "Man-Monkey" of Bridge 39 on England's centuries-old Shropshire Union Canal. Numerous reports - dating back to 1879 - exist of the hairy, shining-eyed, monkey-like animal leaping out of the surrounding and dense trees and scaring the living daylights out of the unwary.

Moving on, previously classified British Ministry of Defense files tell the strange story of a young woman named Diane Foulkes. In both 1964 and 1966, Foulkes had a series of terrifying flying saucer-style sightings at Montford Bridge, on England's River Severn. In each case, Foulkes reported how the presence of the saucers at the bridge affected the engine and headlights of her car, made her feel “very ill” and left her “extremely frightened."

On top of that, internal MoD files note: “Miss Foulkes further stated that she believed that the objects could be associated with a Mr. Griffin who lived in the area and who is reputed to have made contact with these objects and actually entered one and met one of the occupants. He is also alleged to make his contacts with them at Montford Bridge.”

Then there is the Goat-Man of Denton, Texas, which haunts the town's Old Alton Bridge. Some say the beast is quite literally half-human and half-goat - a theory which is, of course, as impossible as it is laughable. Others suggest the creature is one of definitive paranormal proportions. Whatever "it" may be, however, the mystery and the legend seem unlikely to go away any time soon. 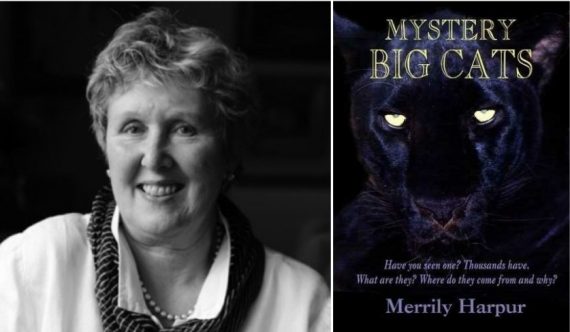 In her 2006 book, Mystery Big Cats, author Merrily Harpur writes of the associations between paranormal phenomena and bridges - places which she calls "liminal zones." Harpur says: “These are the transitional zones between one area and another – the kind of no-man’s-land traditionally regarded as magical.”

All of this brings me to the brand new e-book from George Dudding, The Silver Bridge Tragedy. Published on April 7 of this year, Dudding's 48-page title focuses on the doomed bridge (and the doomed people crossing the bridge at the time of its collapse in December 1967, too) that plays such a significant role in John Keel's classic, 1975 book, The Mothman Prophecies.

As the publicity information for Dudding's book notes: "The Silver Bridge Tragedy occurred one fateful evening on December 15, 1967 when local citizens on both sides of the river at Point Pleasant, West Virginia were rushing home from their normal routine of work or shopping. Local and out-of-state truckers were trying to make their scheduled deliveries. High up on the superstructure of the 39 year old Silver Bridge, a critical flaw had developed in one of the eyebars.

"Unbeknownst to those in the heavy rush hour traffic below, a serious structural failure was about to happen and the resulting domino effect was about to plunge the small community into a shocking tragedy which, to this day, has not been forgotten. At 5:00 PM, the entire bridge over the Ohio River collapsed, resulting in 46 fatalities and 9 injured victims. The lives of family, friends and co-workers were forever impacted."

Dudding is the ideal person to pen a book on the collapse of the bridge, as he grew up on a farm just a few miles outside of Point Pleasant, and he was on-site within an hour of the tragedy that claimed dozens of lives on that long-gone, December evening. And, as Dudding says:

"Recently, I was questioned about what I knew about the 1967 Silver Bridge disaster at Point Pleasant, West Virginia. After telling my story, it was suggested that I write a new book - except that I was to veer away from my usual topics such as UFOs and Bigfoot." He adds: "So, I decided to get some things together and start researching information for this book."

And now, that book, The Silver Bridge Tragedy is available. If you are into the mystery of Mothman, and the saga of that ill-fated bridge, this is one you won't want to miss!

Obama Won’t Talk About UFOs But His Pilot Saw One