Roswell Slides and the “Ant People”

Last week, I revealed here at Mysterious Universe that back in 2012, I was given the extensive files, notes, correspondence and archives of the late UFO researcher Kathy Kasten. I also noted that, as Kathy's files show, much of her research was focused upon studying claims that one of the people who was brought in to study the mysterious bodies reportedly found outside of Roswell, New Mexico, in July 1947, was William Randolph Lovelace II - a man with a prestigious background and who worked with both the U.S. military and NASA.

But, there is something else about those fascinating files I inherited: repeated references (specifically in relation to the curious corpses found on the Foster Ranch, Lincoln County) to legends concerning the legendary "Ant People." And, if you're not aware of the controversy, you'll likely say: "Huh? Ant People?" Okay, let me explain.

The story of the Ant People is an integral part of the legend, history, and mythology of the Hopi Indians of northern Arizona. Hopi lore tells of how, in times long, long gone, the Earth underwent a series of terrible cataclysms (or cycles) that manifested in the forms of Ice Ages, massive floods, and possibly even calamitous polar tilts.

So the story goes, the Hopi might well have been exterminated when the world was in massive flux, were it not for assistance given to them by a race of diminutive, mysterious, humanoid beings. They were said to live deep underground, in certain parts of the American southwest. They were, of course, the Ant People. 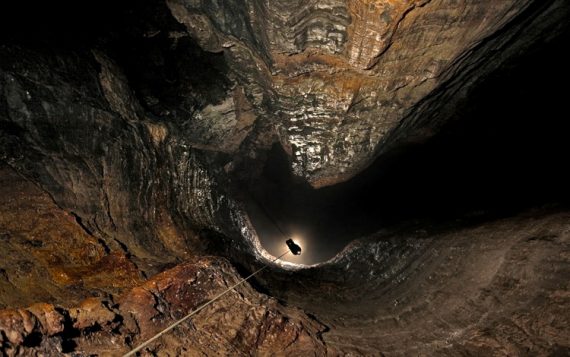 It's important to note that they weren't called the Ant People just because they lived underground, in extensive, deep, winding tunnels. No. It was also because despite being humanoid, they somewhat physically resembled ants and particularly so in terms of their faces and their spindly limbs. Of course, one doesn't have to be a genius to know that some of the so-called "Grays" of alien abduction lore superficially look insect-like. You have probably already surmised where I am going with all this.

Let's backtrack: thanks to a number of "interesting" sources, Kathy Kasten was hot on the trail of the William Randolph Lovelace/Roswell bodies connection. At some point in her research (and, as far as I can tell, it was no earlier than 2002) Kathy's sources provided data which led her to focus much of her work on the legends of the Ant People - in specific connection to the possibility that while Roswell may well have been an event involving non-human entities, they weren't necessarily extraterrestrials.

In that sense, what Lovelace and others might have been exposed to were not aliens from a faraway world, but a race of ancient entities from right here, on Earth, albeit ones that lived almost exclusively underground, in deliberate stealth. Aside from when they made secret and brief excursions to the surface. And possibly even to the skies, using sturdy dirigible-like craft - one of which may have exploded and rained down strange foil-like material and a number of dead, dwarfish entities onto the desert floor, and which were quickly recovered by utterly shocked U.S. military forces. Thus, the enduring legend of Roswell's "crashed UFO" was born.

It may sound like the perfect plot for the new and upcoming series of The X-Files. But, it's worth noting that this is a scenario that has surfaced on a number of previous occasions. In 2010, Anomalist Books published the final title from the late Mac Tonnies: The Cryptoterrestrials. Highly thought-provoking and deeply controversial in equal measures, the book focused on the idea that UFOs are not the products of alien races, but of very ancient, terrestrial people that dwell deep underground and who masquerade as extraterrestrials to camouflage their true identity.

Tonnies speculated that the Cryptoterrestrials are likely very impoverished, but utilize subterfuge, hologram-style technology, and staged-events to suggest otherwise to us. He even theorized they may have made use of large, balloon-style craft, too. And on this very matter – of the Cryptoterrestrials using balloons in covert missions – Tonnies said: 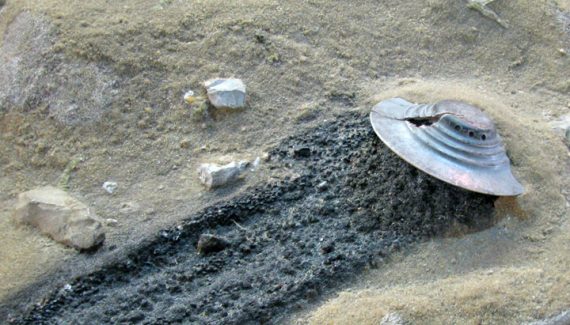 “The device that crashed near Roswell in the summer of 1947, whatever it was, featured properties at least superficially like the high-altitude balloon trains ultimately cited as an explanation by the Air Force. Debunkers have, of course, seized on the lack of revealingly ‘high-tech’ components found among the debris to dismiss the possibility that the crash was anything but a case of misidentification; not even Maj. Jesse Marcel. the intelligence officer who advocated an ET origin for the unusual foil and structural beams, mentioned anything remotely resembling an engine or power-plant.”

Mac continued, in a fashion that emphasized the cryptoterrestrials may not be as scientifically and technologically advanced as they might prefer us to think they are: “The cryptoterrestrial hypothesis offers a speculative alternative: maybe the Roswell device wasn’t high-tech. It could indeed have been a balloon-borne surveillance device brought down in a storm, but it doesn’t logically follow that is was one of our own.”

As he also noted: “Maybe the Roswell device wasn’t high tech. It could indeed have been a balloon-borne surveillance device brought down in a storm, but it doesn’t logically follow that it was one of our own. Upon happening across such a troubling find, the Air Force’s excessive secrecy begins to make sense.”

Just perhaps, Tonnies' Cryptoterrestrials and the Ant People of the Hopi that Kathy Kasten was pursuing were/are one and the same. And then there's the story of Walter Bosley. Formerly of the U.S. Air Force Office of Special Investigations, Bosley has revealed an interesting and notable story told to him by his very own father, also of the USAF, and someone who worked on issues connected to the United States’ space-program.

According to the account related to Walter, yes, a very significant and highly anomalous event did occur some miles from the New Mexico town of Roswell. Not only did the crash have nothing to do with literal extraterrestrials, said Walter’s father, but it had nothing to do with us, either.

In a briefing at Wright-Patterson Air Force Base, Walter’s father was told, essentially, the same thing upon which Mac Tonnies theorized – namely, that Roswell represented the crash of a device piloted by ancient humanoids that lived within the Earth, deep in hidden, cavernous abodes. Only occasionally did they ever surface, usually taking careful and stealthy steps to mask their presence – that is, until one of their fairly simple devices crashed outside of Roswell and revealed them for what they are.

And, finally, all of this brings me to the matter of what, without doubt, has been the most controversial issue in Ufology of the last 18 months or so: the so-called "Roswell slides." Now, I don't know what the slides show: an alien, a mummy, a deformed human, or a model. But, one thing that does intrigue me is the face of the humanoid. Take a look at it, in light of all the above. It does look somewhat ant-like and it has a spindly body.

Playing Devil's advocate, I ask: does the secrecy surrounding Roswell really stem from the U.S. military's discovery of dead aliens, back in 1947? Or, could it be that the secrecy exists because of something even more controversial and, in many ways, downright chilling? Namely, that something ancient, non-human and highly intelligent lurks way below us, and, in July 1947, its cover was finally blown?