Back in 2011, at his A Different Perspective blog, Kevin Randle provided us with an excellent post on one of the most intriguing, and controversial, cases within the realm of UFO research: the ultra-weird "Kelly-Hopkinsville" affair of 1955, in which a Kentucky, USA family was allegedly terrorized by alien entities.

Kelly was, and still is, a small, rural town which is situated just short of ten miles from Hopkinsville. They are the kinds of places where people keep themselves to themselves, and nothing of a particularly sensational matter ever happens – apart, that is, from the fateful night of August 15, when absolute chaos broke out. It all went down at the farmhouse of the Sutton family, who had visitors in from Pennsylvania: Billy Ray Taylor and his wife. It was roughly 7:00 p.m. when Billy Ray left the farmhouse to fetch water from the family’s well. And what a big mistake that was.

In mere minutes, Billy Ray was back, minus the water. Terrified Billy Ray told the Suttons and his wife that as he headed towards the well he saw a significantly sized, illuminated, circular-shaped object come to rest in a nearby gully. As the group tried to figure out what on earth (or off it…) was going on, they mused upon the possibilities of shooting stars, meteorites, and good old leg-pulling.

By all accounts, it was none of those. In just a few minutes, the Suttons’ dog began to bark, growl, and snarl in aggressive, uncontrollable fashion – after which it raced for cover underneath the porch. Clearly, something strange was going down. Exactly how strange, soon became very apparent. 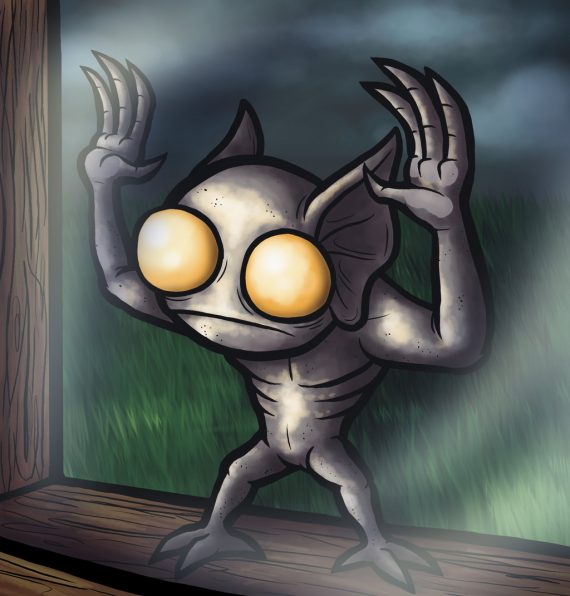 Intent on making sure they were in control of the situation, Elmer Sutton and Billy Ray Taylor armed themselves with a shotgun and headed out into the darkness. In no time, they were confronted by something terrifying: a small, silvery, creature – in the region of three feet tall – that was scurrying towards them with its long, ape-like, arms held high in the air. Sutton did what most folk might do when confronted by a strange, dwarfish thing after sunset: he blasted the beast with his shotgun. To the consternation of both men, the gun had no effect, aside from causing the creature to do a quick, impressive back-flip, after which it disappeared into the darkness – for a while.

On the specific matter of the event in question, a certain Major John E. Albert wrote the following, by way of an explanation: "It is my opinion that the report...was caused by one of two reasons. Either they actually did see what they thought was a little man and at the time, there was a circus in the area and a monkey might have escaped, giving the appearance of a small man. Two, being emotionally upset, and discussing the article and showing pictures of this little monkey, that appeared like a man, their imaginations ran away with them and they really did believe what they saw, which they thought was a little man." 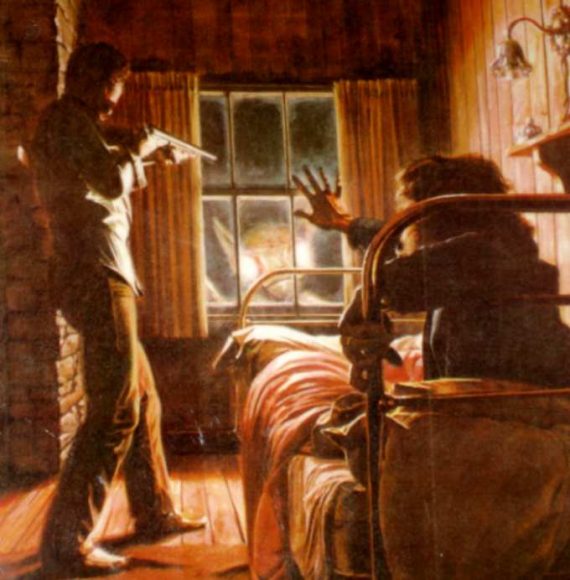 I am reminded here of the deep similarities between the major's explanation and those very similar ones that have been offered to try and explain away Britain's many anomalous big-cats as circus escapees. Similarly, when, in 1879, England's notorious, Bigfoot-like, Man-Monkey first manifested out of the dense trees surrounding Bridge 39 on the Shropshire Union Canal, rumors were rife that a gorilla was the cause of all the fuss - supposedly (but never, ever proved, of course) having escaped from a traveling menagerie.

I find it intriguing that when attempts are made to explain away such curiosities as the big-cats, the Man-Monkey, and the Kelly-Hopkinsville creatures in wholly conventional terms and scenarios, one of the staple-ingredients that often surfaces is that of the circus-escapee.

And, given that the Man-Monkey saga began in 1879, the Kelly-Hopkinsville event took place sixty years ago, and the big-cats of Britain are still running around, it demonstrates that in terms of trying to expand their down-to-earth explanations across the decades, the skeptics have actually not get very far at all!

Next time you hear of a sighting of a weird beast, an out-of-place exotic animal, or something even stranger, keep a careful watch for commentary from the "experts" relative to that much-used old chestnut: the "zoo-escapee." It's as useless now as it was way back when the Man-Monkey was just the Boy-Monkey.