Teggie, the Terror of the Lake

Deep in the heart of North Wales there exists a large expanse of water called Lake Bala. You may say, well, there’s nothing particularly strange about that. You would be correct. Lake Bala is not out of the ordinary, in the slightest. But what is rumored to dwell in its dark depths most assuredly is out of the ordinary. Lake Bala is - allegedly! - the domain of a violent lake monster called Teggie. Maybe, it's a giant pike. Or, is the story born out of secret, military experiments? It all very much depends on who you ask.

Before we get to Teggie, it’s worth noting that within Lake Bala there lurks a creature called the Gwyniad. It can hardly be termed a monster, as it’s just a small fish. But there is one issue concerning the Gwyniad that does have a bearing upon the matter of Teggie.

The Gwyniad is a fish that dates back to ancient times and is found in Lake Bala and nowhere else – at all. This has, quite naturally, given rise to a thought-provoking question: what else of an equally ancient and unique nature might be in Lake Bala? And exactly how big might it grow? The questions are intriguing. The answers (or, more correctly, the theories) are even more so.

Whereas sightings of the Loch Ness Monster date back more than 1,000 years, Lake Bala’s resident unknown beast has only been reported for just over a century. Some locals, who have seen the Teggies at close quarters, claim the creatures resemble huge, violent, northern pike. They are ferocious fish that can easily grow to four feet in length; occasionally five; and, rumor has it, even six.

If, however, the Teggies are northern pike, then they would have to be true giants, since witnesses claim that the creatures they encountered were in the order of ten to fifteen feet long. No-one, surely, needs telling that a too close encounter with such a creature would result in a swift and bloody death – not for the Teggies, though. 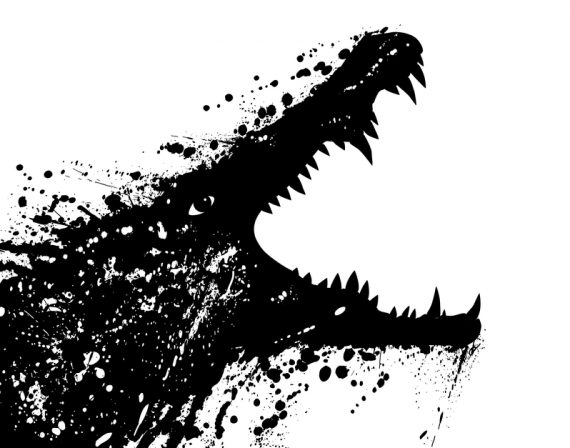 Then there are the equally baffling reports of a reptilian monster that vaguely resembles a crocodile. Such a scenario is very unlikely, as a colony of crocodiles would stand zero chance of adapting to, and surviving, a harsh North Wales’ winter – never mind untold numbers of centuries of them. There is, however, a third theory for what the Teggies might be.

There are longstanding rumors in and around the Bala area that in the build-up to the First World War, the British military clandestinely let loose a group of seals into the lake. The reason: to strap them with dynamite and train them to attacks specific targets, namely warships.

Of course, the dynamite was not real and the “warships” were just small rowing boats. In other words, the project was a small-scale test-run, in the event that the military might find itself at war with Germany (which it did, in 1914, when the First World War broke out), and suicidal seals, strapped with explosives, might be required to fight for their country.

So the story goes, the seals proved impossible to train, the project was abandoned, and the seals were left to stay in their new home. And so, today, what people are seeing are brief glimpses of the offspring of the offspring (of the etc., etc.) of the original seals. Of course, it’s very possible this is nothing more than a tall tale, passed on through the generations and without any actual facts to support it. And, it must be said, it would be very difficult to mistake a seal for a crocodile or a huge, violent pike. Thus, the legend and the mystery of Teggie continues to thrive.