The Reality of Devils and Goblins and Fairies

Have you ever wondered where our undying fascination with mythical beings came from?  It’s certainly an old notion; well beyond the familiar tales of Medieval Europe.  And while interest in the idea remains relatively high, belief in their existence seems to be waning, though that might just be a temporary hiccup.

Much as believers in fairy folk, elves, dwarves, leprechauns, etcetera, may seem to you like simpletons holding onto ancient superstition, you should first know that every myth contains at least a small kernel of truth.

That doesn’t mean that all claims of magical fairies are true and accurate.  Sir Arthur Conan Doyle found that out with his Cottingley Fairies incident, which of course turned out to be a complete hoax, though brilliantly executed when you consider the hoaxers were children.  No, the truth isn’t nearly as obvious as real fairies flittering about in sunlit forests.

There may actually have been fairies and goblins and elves though, of a sort.

What we now know as congenital deformity brought on through genetic mutation, was once thought of as magic, trickery, and evil.  The same genetic conditions we see today, however rare, also existed in a time when people thought we reproduced by homunculus or even divine miracle, and it’s a fact that some of these conditions were misinterpreted as evidence of the existence of these mythical beings.  Here are just a few examples. 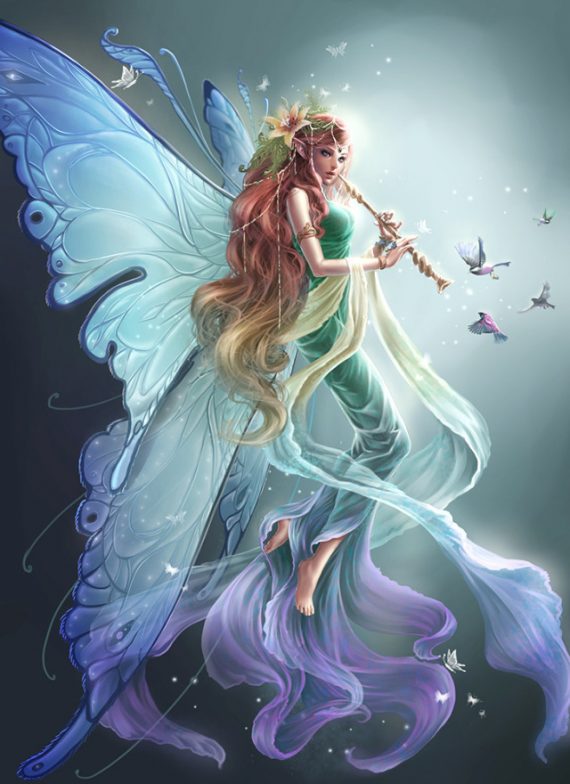 There is a condition known as Williams Syndrome, or Williams-Beuren Syndrome (WBS), and it causes one of the strangest deformities enhancements you’ll ever see.  The more common name for Williams Syndrome is Pixie People, and there’s a very good reason for that.  People who suffer from WBS tend to be thin, wispy people with facial features that cause them to look, superficially, like what we think of as fairy folk.  That’s not the end of it though.

They also tend to have personality traits that cause them to behave in ways that would seem to support the idea that they are some kind of mythical being.  Rest assured though, they are not.  One of the defining symptoms of WBS is a tendency for those afflicted to be overly talkative, positive, and highly empathetic.  In other words, they’re often completely uninhibited socially, appearing almost unreasonably happy all the time.  They also tend to display impressive verbal skills with large vocabularies, sometimes making them seem hyper-intelligent, even though they tend to score poorly on standard IQ tests.

It’s not all gum drops and fairy dust though.  There are a host of detrimental symptoms as well, ranging from respiratory complications, neural problems like visual-spatial confusion, and a characteristic paranoia.  The downside of their condition is often that they are ill-equipped to live independently, for both psychological and physiological reasons.

As mentioned, our relatively advanced knowledge of genetics and medical diagnosis offers us a clinical perspective not available to our ancestors.  Imagine encountering a person with the characteristics described above, but not knowing anything about genes, evolution, or even science in general.  You’d likely jump to some wild conclusions, and it’s possible that such encounters would leak into your culture as legends that get passed down and distorted through the ages.

What if you encountered a person with horns?

Even today that might freak you out a bit, but really such an encounter would be nothing to fear.  There is a condition called cutaneous horn, and though it doesn’t have a very creative name, it does explain the condition quite well.  Cutaneous horns are exactly what you’re thinking; horns that grow through the skin, sometimes on the head.  They often have the look of bone but sometimes resemble wood or even stone, but they’re always composed of keratin, which is the same stuff your hair and fingernails are made of, and the natural horns of most other animals.

Cutaneous horns are actually a type of tumor, kind of like a wart, often benign but sometimes malignant, and it usually affects people over the age of 60.  As long as the base of the horn is not cancerous, the person often suffers no other medical symptoms, and since the horns don’t have nerves or blood vessels in them, they can be removed quite easily.

Now, because – to us small-minded humans – different means wrong, if you encountered such a person, with a 24 centimeter horn (or horns) protruding from their forehead, your first thought would likely be something like “What the f*&k?”  But again, you’d eventually conclude that this person has a medical condition, rather than accuse them of being the devil.  Your ancestors weren’t as reasonable.  Might conditions like cutaneous horn have contributed to the iconic landscape of religious folklore?

How about if you happened to meet a man who was no taller than 71 centimeters (2 feet, 4 inches), such as the late actor Nelson de la Rosa of the Dominican Republic?  You might at first think him a child, but you’d quickly find that he was indeed an adult man.  Once again, you’d likely recognise that he suffers from some kind of abnormal genetic development, in this case primordial dwarfism.  But imagine a fleeting encounter with a tiny man at a Bronze Age market, it would be a safe bet that your mind would conjure some fantastic solutions to the dissonance you now carry.  Goblin?  Leprechaun?  Demon?

The unfortunate outcome of those hypothetical encounters in ages past would undoubtedly be fear, discrimination, and eventually violence.  And it would take only a small handful of such encounters throughout the world to spark the colourful legends we currently think of as quaint superstitions.  But if these superstitions have a basis in fact, as above, then they really aren’t superstitious, are they?