The Strange Tale of the Woman From Nowhere

History is littered with cases of people who have mysteriously disappeared, but what are less common are the cases that go the other way around. What of people who mysteriously appear, with no known identity and no clues as to where they came from? What do we make of these enigmatic people who emerge from obscurity and into our world without explanation or any hint of who they are, as if they had never existed at all? One case from Norway certainly poses this question; a dead woman with no known background, no known previous history, no known killer, and an identity that has remained shrouded in mystery to this day.

On 29 November 1970, in the Isdalen Valley, in Bergen, Norway, also known as Norway’s “Death Valley,” an unidentified woman was found dead. The body was stumbled upon by a professor out for a day of hiking with his two daughters, on a remote hiking trail obscured by some jagged rocks. The woman was naked, and the horrified hikers were able to ascertain that the body was partially charred. Scattered about the corpse were found an empty bottle of liquor, a packed lunch, around a dozen pink sleeping pills strewn about, and two bottles full of gasoline. Police would later discover a badly burned passport in the vicinity as well. The hikers called the Bergen police, and an investigation was mounted, sparking one of the most perplexing and mysterious criminal cases in Norway’s history, and indeed in the world.

The initial autopsy ruled that the mystery woman had died of a combination of carbon monoxide poisoning and burns, and a blood analysis showed evidence that a large amount of sleeping pills had been taken before death. On the woman’s neck was a serious bruise that suggested some sort of blunt force trauma to the neck. An odd feature of the body was that the woman’s fingerprints had been completely sanded off. At the time, although the removed fingerprints were certainly odd, it seemed like a pretty open and shut case. The woman, whoever she was, had obviously gone out into the forest and committed suicide via sleeping pills, simple as that. Yet the mystery would only deepen from there.

Police eventually linked the woman to two suitcases they found at a Bergen train station, and the contents turned up several odd finds. For one, all fingerprints had been meticulously, and obviously intentionally, removed. A look at the clothing contained within the suitcases showed that all of the labels had been taken off of every single item, and that the garments were of an elegant Italian design. There was also a prescription for an unidentified lotion, but oddly, the date and the name of the doctor had been removed. Within a hidden lining of the suitcase was found 500 Deutsche Marks. Also found in one of the suitcases was some broken glass that bore partial fingerprints, although they were not enough to glean an identification from. A journal was found among the various belongings as well, but rather than normal entries it contained only a series of incomprehensible codes. Other miscellaneous belongings found in the suitcases included a wig, several eyeglasses with no prescriptions, and silver spoons. There was also a postcard with a picture from a famous Italian photographer.

Puzzled, police decided to make composite sketches of what they believed the woman might look like in life based on the appearance of her corpse and descriptions of witnesses. These sketches were released to a number of news agencies and also given out to INTERPOL in several countries, in the hope of gaining some insight into who she was. Once this was done, eyewitnesses who recognized the woman began to trickle in, and the mystery deepened even further.

It was discovered that the mystery woman had been travelling under nine different aliases; Jenevive Lancia, Claudia Tjelt, Vera Schlosseneck, Claudia Nielsen, Alexia Zarna-Merchez, Vera Jarle, Finella Lorck and Elizabeth Leen Hoywfer, all of which were found to be fake. Some sightings of the woman described her as wearing several different kinds of wigs, and it was claimed that she had been fluent in French, German, English and Flemish. The weird codes that had been found in the journal were deciphered, and proved to be the coordinates of places it was suspected she had visited, encompassing several areas around Norway and Europe. Dental analysis of the corpse showed that she had also had dental work done in Latin America, although this location was not among those found in the journal’s codes.

As for her stay in Bergen, it was found that the woman had stayed in several hotels in the area, and had exhibited rather odd behavior. It was said that she was prone to changing her room several times after checking in, and that at one point she had vehemently insisted on a room with a balcony. Other details were found by checking through check-in records. It was found that she had identified herself as a travelling saleswoman and antiquities dealer, and that the name she had used to check-in with was a false alias. It was also discovered through room service records that the woman had been fond of porridge with milk, a dish that she had ordered at several establishments. The woman was described as being an attractive brunette in her 30s, and around 164cm tall. Witnesses claimed she kept mostly to herself and did not speak to anyone, although one claimed to have overheard her say "Ich komme bald" ("I am coming soon"). She was also described as being somewhat guarded, and that she was a heavy smoker. The final sighting of the woman alive was when she checked out of room 407 of Hotel Marlin, paying cash and then riding off in a taxi. 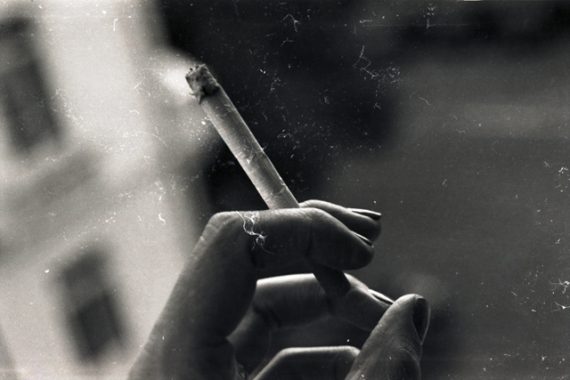 Weirdly, for all of the witnesses who came forward claiming to recognize the woman from the pictures, not one family member, friend, relative, or anyone who knew her personally made themselves known. The closest thing police got to this was a startling case of serendipity, when it was discovered that the photographer whose postcard had been in the woman’s suitcase had actually taken her out on a dinner date at the Hotel Alexandra in Loen. When questioned about the woman’s identity, the photographer claimed that she had told him she was from a small village near Johannesburg, South Africa, and that she had made the cryptic statement that she had only 6 months to see the most beautiful places in Norway. Although certainly intriguing, this information would ultimately prove to not be particularly useful. Although the photographer had been accused and acquitted of rape in a previous unrelated case, he was not considered a suspect and was sent on his way. In the end, not one person who knew the woman personally came forward, and not one of her various aliases were found to be an actual real name.

The case got even stranger when a man eventually came forward saying that he had seen the woman on 24 November, 5 days before the body was found. The 26 year-old local man claimed that he had been out hiking with friends when they spotted a foreign woman wandering out in the forest. She was described as looking as if she were in a panic, and she had been wearing elegant clothes that were inappropriate for the a day out in the outdoors. When she had passed the group of hikers, the man claimed that she had seemed about to say something to them but suddenly thought better of it and continued on her way, after which a group of somber looking men dressed in black coats, also foreign, passed by, obviously following her. What’s really weird about this account is that it was given 32 years after the actual murder. When pressed on why he had waited so long to come forward, the man related how he had actually contacted authorities soon after he had recognized her face from the INTERPOL drawings at the time, but when they had questioned him he claims to have been told by police "Forget her, she was dispatched. The case will never be solved."

The case of the “Isdal woman” has never been solved, and her identity remains a mystery to this day. There has been no forthcoming evidence and there has never been a suspect for the crime. Although the official statement is that she had committed suicide, the murder has created a great amount of speculation over the years as to her identity and has been the subject of several books. One popular theory is that the woman was a spy, and that she had perhaps been killed after she had gotten in over her head, possibly related to clandestine information or the purchase of radioactive material. Another idea is that she was murdered by someone she was close to for unknown reasons, perhaps jealousy or for money. To this day, no one knows for sure.

Who was this mystery woman? Where did she come from and what did she want? Was this a murder or a suicide? The case remains just as baffling as it did that day in 1970 when her body was found. With no new leads, no further evidence, and no suspects, the case has gone totally cold. She remains a nameless enigma with a face only known from phantom police sketches. The case continues to inspire a good deal of debate and speculation to this day, and is surely one of the great crime mysteries of the century.

Book Review: “Masters of Wisdom: The Mahatmas, Their Letters, and the Path” by Edward Abdill