Now and again, a book is published that is destined to become a classic. Granted, it doesn't happen too often nowadays in Ufology, but when it does, it's well worth the wait. There is one that falls into that exact category and which has just been released: Joshua Cutchin's A Trojan Feast, which is published by Anomalist Books. With the subtitle of The Food and Drink Offerings of Aliens, Faeries, and Sasquatch, this is - in my view - the definitive study of an aspect of the paranormal that has, until now, been vastly unappreciated and consistently misunderstood.

Before I get to the matter of what A Trojan Feast is about, it's important that I explain what it's not about. This is not some simplistic study of why Bigfoot likes to eat apples or aliens from Zeta Reticuli have a particular taste for strawberry ice-cream. No, this is a book that delves deep into the long and notable history of food-based interaction between us, the human race, and magical and supernatural entities from...well, somewhere.

Cutchin has clearly studied his subject-matter deeply and at length. And, in doing so, he notes that offerings from the others almost always come in several, and clearly delineated, kinds: food (often bland), liquid (very often of a bitter-tasting nature), and pills. Sometimes, it's a combination. The "food," however, may not be exactly what it appears to be - which is a thought-provoking issue that the author returns to throughout the pages of his book.

And it's not just a case of "the aliens" feeding us because they are feeling generous or think we need to pack on a bit more muscle. Nothing quite that simple: the act (and "act" may be a very appropriate word to use) of presenting us with food appears to help and dictate how the encounter both commences and, more often than not, concludes. 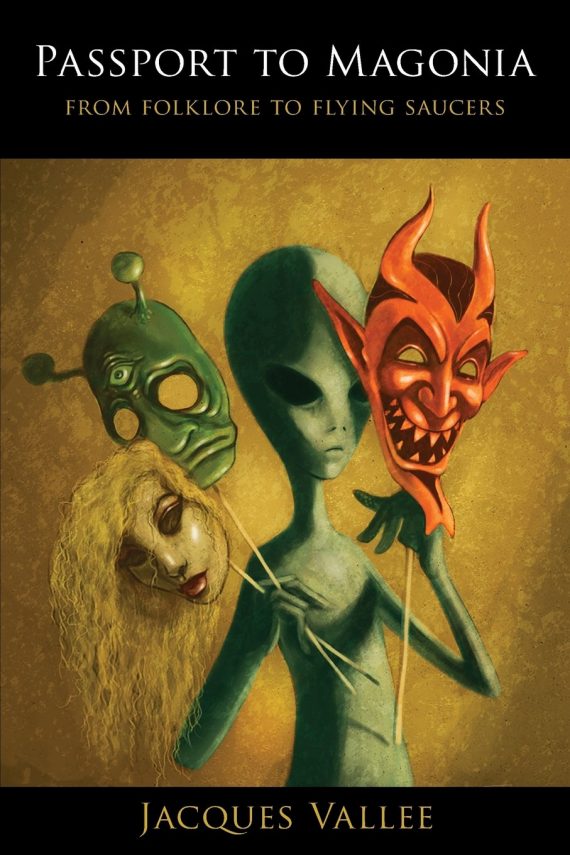 Jacques Vallee's Passport to Magonia did a fine job of noting the parallels between today's alien encounters and centuries-old interaction with the faeries, the "wee folk" of times long gone. Cutchin, however, takes things to a whole new level as he notes the incredible similarities that exist between food offerings then and now - and provided to us by entities that many might assume have no connection, but which so obviously do.

The usually bland nature of the food provided by today's extraterrestrials has its parallels in the food of the faeries, which was made to appear and taste enriching and delicious - but, in reality, was nothing of the sort: it was all a ruse. As for why such theatrical games are played, this gets to the heart of the puzzle.

Cutchin suggests that food offerings become a part of the experience because the phenomenon - which is so strange and alien and to the point of being almost beyond comprehension - "prefers symbolism and mythology as the currency of conversation." This is a very important statement that is absolutely central to the overall story.

As Cutchin digs further, he uncovers a rich vein of data that has previously been missed or dismissed, including the notable fact that such food offerings correspond very closely - in terms of specific food items - to a Sattvic diet, which is particularly popular in Eastern traditions, and particularly so amongst Hindus. 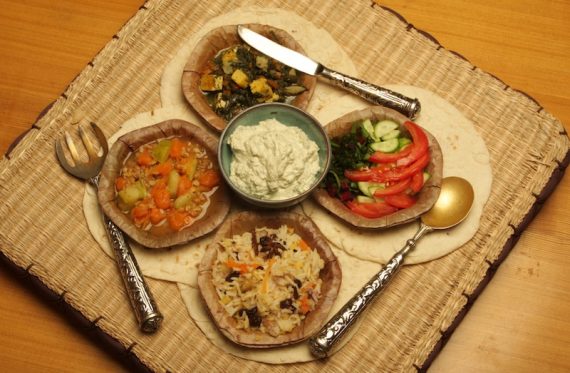 It's interesting to note that a Sattvic diet is also associated with the awakening and refining of clairvoyant skills - something that may allow for greater interaction with the others. In other words, following a Sattvic diet may lower the barriers between here and there (wherever "there" may be).

Sleep paralysis comes into play in Cutchin's quest for the truth, too: he notes that an imbalance of electrolytes in the human body may provoke such night-time terrors. As Cutchin also notes, one of the most common such electrolytes in our diet is sodium. The less salt, the less the body is plunged into a fear-filled state of paralysis. He asks: "Could the folklore of salt repelling faeries be grounded in a much more pragmatic solution for avoiding sleep paralysis?" Indeed, it's an important question, as salt is something that crops up on a number of occasions in A Trojan Feast.

Cutchin also speculates - but in a logical and well-reasoned fashion - on how these things might really dine: possibly on the "foyson," or the energy of food. The possibility that absorption through the skin plays a significant role in the ingestion and digestion of food by seemingly magical entities is also discussed at length. Absorption and foyson are also issues that have a bearing on the controversial issue of what Bigfoot eats - or, maybe, doesn't eat.

The inherent absurdities of many such reports of entities giving us food are not lost on Cutchin. He suggests that the theater of entity food is designed to ease the shock of encountering the unknown. That's to say, we are shown something to which we can relate, which comforts us, and which calms us: food. The nourishment from beyond, then, is "a symbolic vehicle to facilitate interaction."

So-called entity foods, Cutchin suggests, may be nothing less than entheogens - hallucinogenic substances that provoke profound, vision-like experiences in rituals of a shamanic variety. This all leads seamlessly into matters relative to DMT, ayahuasca, and how what many might assume are simply vivid hallucinations are actually glimpses of other realities. Quite possibly, they are realities in which our many and varied visitors of the non-human type originate. Such foods may also provoke changes in consciousness, purely as a result of the power of suggestion - very much like the placebo effect.

Cutchin notes the fascinating way in which food has relevance to the descriptions of the entities too, something to which I hadn't previously given much thought. For example, the so-called Grays of alien abduction lore are often described as having pear-shaped heads and almond-shaped eyes. UFOs are sometimes described as being shaped like tea-cups and saucers.

One complaint: the author says that his book is "merely a preliminary foray into the subject of entity food." Wrong. Cutchin does himself a major disservice when he says that. A Trojan Feast absolutely nails it. There is much more to A Trojan Feast than I could ever hope to condense into an approximately 1,000-word review. But, suffice to say, this is a fantastic piece of work, one that is made all the more fantastic by the fact that it is the author's very first book. I look forward to many more titles from Joshua Cutchin. You should, too.