Is it possible that, going completely against what the history books assure us, Adolf Hitler did not commit suicide in 1945, as the Second World War spiraled down to its end? Was his death actually, and ingeniously, staged to allow him to escape from Nazi Germany and start a new life on the other side of the world? To many, it must sound like the stuff of a big bucks Hollywood movie or of a page-turning thriller. Others are not quite so sure that's all it is.

It’s a little known fact that the Federal Bureau of Investigation (FBI), in the post-Second World War era, began to quietly compile what ultimately turned out to be a large dossier of material on claims that none other than Adolf Hitler survived the Second World War and secretly fled to South America. It’s a dossier that has now been declassified and which can be accessed at the FBI’s website, The Vault - which is an absolutely excellent source of countless numbers of official files, all now released under the terms of the Freedom of Information Act.

As one might expect to be the case, many of the claims received by the FBI on the "Hitler survived the war" controversy are scant in data, second- and third-hand in nature. That said, however, one section of the file is particularly intriguing and noteworthy.

Incredibly, it suggests that none other than Allen Dulles – who, in the Second World War, made his mark in the Office of Strategic Services, and served as Director of the CIA from 1953 to 1961 – was complicit in a top secret program to have Hitler secretly shipped out to South America, when the Nazis were defeated.

The files in question refer to stories coming out of Los Angeles, California, and which reached the eyes and ears of the L.A. office of the FBI. According to what the FBI was told, in 1945, two Nazi-controlled submarines made their stealthy way to the Argentinean coastline, where they covertly deposited high-ranking Nazis that had escaped the wrath of the United States, the United Kingdom, and the Soviet Union.

One of the most astounding rumors concerning this story - of definitive secret history proportions - was that it was not just high-ranking Nazis who were making new lives for themselves on the other side of the world. It was the most high-ranking Nazi, too: Adolf Hitler, who, allegedly, was by now hunkered down, somewhere, in the heart of the Andes.

The big question is: who was the FBI’s informant? Well, that's the problem. Unfortunately, we don’t know, since his name is excised from the relevant, released documents. Nevertheless, the Bureau's informant had a great deal of data to impart, something which definitely made the FBI sit up and take careful notice. 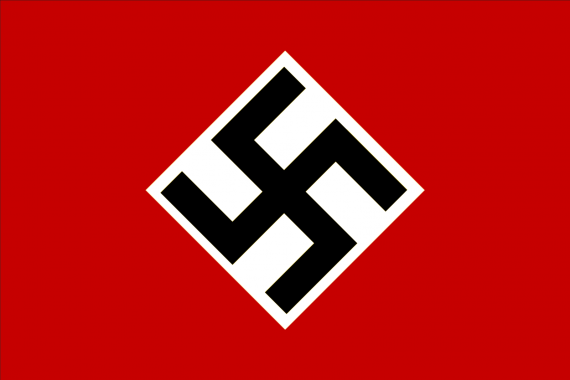 It must be noted that the Bureau’s source, who was a former Nazi, offered the information – with a promise of more to come – in return for safe haven in the United States. In other words, it may very well all have been nothing but a complete lie, one created by the Nazi in question, to try and ensure a new life for himself. In fact, that could well have been the crux of the entire affair.

As to how the person claimed to know that Hitler had survived the war, it was, if true, sensational. The man said he had been personally present when the submarines in question reached the coastline of Argentina. Aboard one of them were Adolf Hitler and Eva Braun – neither displaying any evidence of bullet wounds or of the effects of cyanide. Quite the opposite: they were vibrant, healthy, and very much alive.

If the story was simply that – a tall tale told by a Nazi trying to secure asylum in the United States – the man had certainly crafted an elaborate story. The FBI’s source provided details of the specific villages that Hitler, and the rest of the straggling, pathetic remnants of the laughingly named “Master Race,” passed through on their way to safe haven, somewhere in Argentina.

Adding further credence to this, additional files – also declassified under Freedom of Information legislation – revealed that amongst staff of the U.S. Naval Attaché in Buenos Aires rumors were circulating that Hitler did not die in Berlin, but was now hiding out in Argentina. Needless to say, however, the story ultimately remained a rumor and nothing else.

Truth? Fiction? Somewhere in between? Those were the questions the FBI pondered on decades ago. Some are still doing likewise today.

The Weird Case of Demons on Trial