For some reason, I’ve never gotten on particularly well with postal workers. Years ago, a mailman on a bicycle swore at me loudly for accidentally stepping in front of him. On another occasion, I was practically knocked off the footpath by a bearded, speed-crazed mailman on a motorbike. Until reading Bentley Little’s The Mailman, it had never occurred to me that postal workers might actually be evil…Evil and not quite human…

Described by Stephen King as both “a master of the macabre” and “the horror poet laureate,” Bentley Little shot to recognition in 1990 for his Bram Stoker Award-winning first novel, The Revelation. Since then, he’s written an additional twenty-three horror novels, with titles that include The Haunted, The Academy, The Ignored, The Burning, The Association, The House, and, most recently, The Influence, as well as countless short stories.

Thanks to Cemetery Dance Publications, a specialty publisher of horror and dark suspense, several of Little’s earlier novels—including The Mailman—are now back in print. First published in 1991, The Mailman is Little’s second novel and also his most personal work. He explains:

As a writer, I’ve always been absurdly dependent on the mail, and while working for a small town weekly newspaper, I had a bizarre encounter with a postal worker. So I came up with the idea for The Mailman.

Set in a small town in Arizona, the story centers around Doug Albin, a teacher, and his wife Tritia and young son Billy. It’s summer, and Doug is looking forward to having a relaxing break with his family when, unexpectedly, the much admired local mailman commits suicide with a shotgun blast to the head, sending a wave of shock and grief throughout the community. Later, at the funeral, Doug spots a creepy and sinister-looking individual with pale skin and red hair, who turns out to be the town’s new mailman, John Smith. 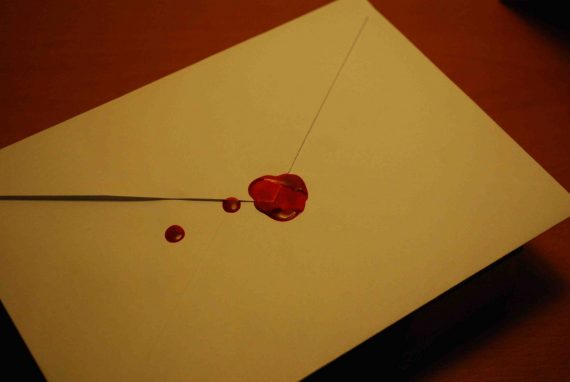 When the townsfolk begin receiving strange items in the mail, including letters from deceased relatives and highly disturbing pornographic photographs, it becomes apparent that there’s something definitely not right about Mr. Smith. Never mind the suspicious suicide of the previous mailman, in addition to several other unexplained deaths within the community. Even stranger, notices Doug, Mr. Smith delivers the mail twenty-four hours a day and doesn’t appear to require any food or sleep. One night, he follows the mailman to a ridge outside town, where he witnesses the following bizarre incident:

The sound grew louder. The mailman was chanting something. At first it sounded like a foreign language, so strange and alien were its rhythms and cadences. But, listening closer as he approached, Doug realized that the words of the chant were English.
‘Neither rain nor snow nor sleet nor hail…’
He was chanting the motto of the Postal Service.

It’s passages like the above that make Bentley Little a unique voice in the horror fiction genre. The Mailman is Little at his best: witty, intelligent, quirky, delightfully perverse, critical of the status quo, and oddly profound. Although it’s hardly his most clever and ambitious work, I enjoyed it from start to finish and I’m pleased to include it on my list of favorite Little novels, my top three being The Store, The Ignored, and Dispatch.

As an interesting addendum, I received, to my surprise, two copies of The Mailman from Cemetery Dance Publications, even though I’d requested only one. Was it a mistake on their part, I wonder? Or have I myself become a target of the sinister and mysterious doings of the mailman?