For centuries, there have been reports of strange, luminous phenomena in nature. Often accompanying fierce natural conditions that include thunderstorms, earthquakes, or even tornadoes, a variety of different well documented, but little-understood illuminations are known to occur, which include earthquake lights, nocturnal lights, sky flashes, and ball lightning.

Occasionally there are locations where such phenomena may occur with greater consistency than generally expected, even predictably so. Since the late 1800s (at least), travelers throughout Western North Carolina's Black Mountain range near the town of Linville have reported what appear to be illuminations around the vicinity of Brown Mountain, near the Linville Gorge Wilderness. A USGS investigation conducted by George R. Mansfield in 1922, which culminated in Geological Survey Circular #646, titled, "Origin of the Brown Mountain Light in North Carolina."

The determination at that time had been that the phenomenon could almost solely be attributed to locomotive headlights seen from a distance, though reports continue today that occasionally involve reports of luminous phenomena akin to "St Elmo's Fire" occurring near the ground in parts of the gorge, to more fantastic descriptions of luminous nocturnal lights which bear similarities to reports of ball lightning.

Similar phenomena have been catalogued in locations that include Marfa, Texas, and perhaps even more famously, Hessadalen, Norway, where repeated nocturnal occurrences of the phenomenon have led to a notable amount of photographic and other visual documentation.

Most recently, Time featured the photography and commentary of Ivar Kvall and Myles Little, in a short write up on the phenomenon that included still image from the 2009 documentary, "The Portal: The Hessdalen Light Phenomenon." However, Kvaal's photography isn't aimed toward the night skies, so much as those who claim they've seen them. Dismissing the theories about their cause, Little writes:

And yet, despite their influence on the culture and individuals in the region, there does appear to be a genuine mystery there too, as with the other locations where such phenomenon are known to occur. 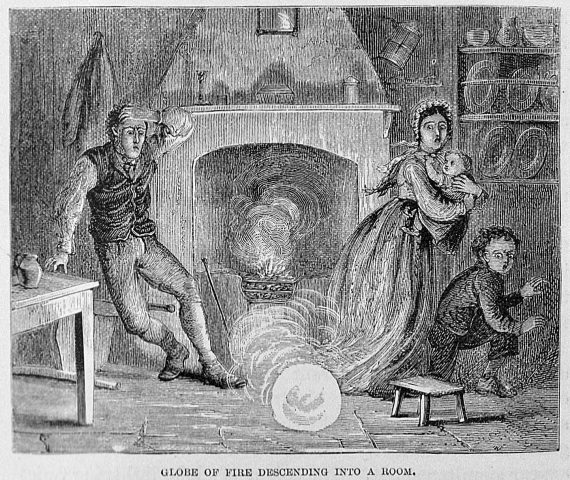 Physicist William R. Corliss spent decades documenting various nocturnal illuminations like those at Hessdalen, which included his subdivision of categories among the broader names he applied to differentiate such mysterious lights in nature. While the lights at Hessdalen behave in a way that Corliss would probably have classified as "Nocturnal Lights" (since they don't seem to appear directly in relation to storms or other activity that act as an aggravating factor that might aid their formation), they do bear similarities to the more commonly known ball lightning phenomenon.

Despite the impressive accumulation of data pertaining to such mystery illuminations over the years, there remain a number of differing opinions on how they form, and why, as well as how such lights may be predicted, and whether they are more likely to be geophysical in nature, or purely meteorological phenomenon (although we might not rule out some kind of complimentary phenomenon, which might stem from combined factors from both sources).

In 2012, a mathematical model was proposed with specific interest in those reports where the phenomenon appeared to pass directly through windows, entering homes, or even in some cases, a moving aircraft. "A crucial proof of any theory of ball lightning would be if the theory could be used to make ball lightning," researcher John Lowke told Phys Org in 2012, citing his research with the the Australian Commonwealth Scientific and Industrial Research Organisation (CSIRO), which proposed, "a mathematical solution explaining the birth or initiation of ball lighting."

Lowke, like Corliss, took special interest in cases where houses and airplanes were paid visits from the strange, luminous phenomenon. Applying mathematical weight to the argument, Lowke suggested that a stream of ions accumulating on the outside of a glass window might be conducive to the formation of an electric field on the opposite side. This field may be capable of exciting air molecules (essentially, forming plasmas) which would take on a spherical shape as they discharge. According to Lowke, "the discharge requires a driving electric field of about a million volts," although what mechanism, precisely, may cause the formation of a self-luminous sphere remains undetermined. 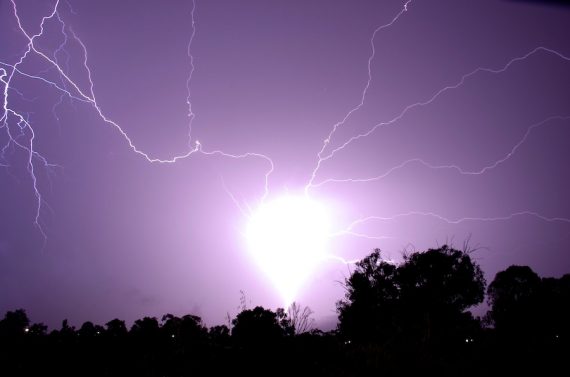 "One of the ball lightning observations cited in [our] paper occurred when there was no thunderstorm," Lowke noted in 2012, "and was driven by ions from the aircraft radar operated at maximum power during a dense fog." Lowke cites such data as evidence for what he believes are flawed models, suggesting the burning of silicon at the time of a lightning strike, and unlike Corliss, seems to make no differentiation (here, at least) between ball lightning and nocturnal lights or other illuminations that appear under circumstances where no storm activity was reported.

The same year the CSIRO study was released, researchers elsewhere managed to capture ball lightning on video using cameras equipped with spectrographs, lending further data to how the phenomenon occurs in nature.

Could there be similar environmental conditions that somehow affect locations like Hessdalen, Norway, or the similar phenomena reported near Brown Mountain, North Carolina? The question here would likely have to do with whether, as the CSIRO research seems to indicate, the window of a home or aircraft must be present for a similar "ion-stream" to manifest, which might generate an electric field capable of exciting molecules in a similar fashion. Without question, the phenomena reported bears incredible similarity across the board, despite the variations on how (and where) it appears.