The Alien Mummy: The Oldest Hoax In UFO history

Now that the dust has settled around the much-maligned presentation of the so-called Roswell slides, it’s time to lean back and realize that this is not the first time that people were duped by claims of having evidence of an alien body. Precisely the same thing happened exactly 150 years ago, making it the very first and longest running tall tale in the history of ufology. Seen in this light, the Roswell slides disaster is merely the latest iteration in the oldest hoax in ufology: that of the extraterrestrial mummy.

There’s also a cautionary warning: those who do not learn from this aspect of UFO history are condemned to repeat its failures. There are quite a few 19th century UFO crash stories that mention the finding of alien bodies amidst the wreckage. The most famous one is the alien that supposedly was buried at the cemetery of the little town of Aurora, Texas, after the UFO, airship or what have crashed into judge Proctor’s windmill in 1897. A few investigations were conducted but nothing was found; yet the yarn still has some believers here and there. There is also the alleged UFO crash at Dublin, Texas, from 1891, interestingly less than a hundred miles from Aurora. This yarn is lesser known, probably because there was no spectacular find of an alien body in this early UFO crash tale, only alleged fragments of paper with ‘strange hieroglyphics’. Yes, the Roswell hieroglyphics on the beams detail is that old. And there are even older UFO crash tales.

But exactly 151 years ago an almost exact same ruse, hoax or canard occurred as the so-called Roswell slides. And, although quickly unmasked in its time, the echo of the tale reverberated worldwide to eventually emerge in the ufological communities in the 1990’s. The hoax originated in France, in a newspaper called Le Pays. In its 17 June 1864 edition it published an astonishing account, in the form of a letter originating from Richmond. Its writer mentioned how a geologist (sounds familiar?) and a few others found and inspected an immense aerolite or meteorite with a hollow chamber that contained, much to their utter amazement, an engraved plate with weird hieroglyphics but also the mummified or calcified remains of an alien being. After having deciphered the strange hieroglyphics, the team concluded that the humanoid had come from the planet Mars in some distant past. The mummified or fossilised corpse shared many of our biological features, so it followed that life on Mars resembled life on Earth. Other French newspapers were quick to pick up the news under the header ‘An Inhabitant of the Planet Mars’. 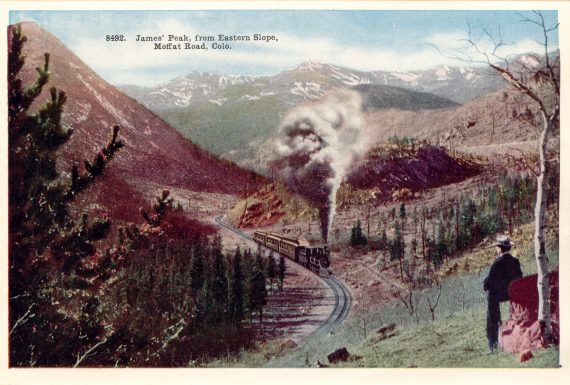 According to the letter, a man named Paxton and a geologist from Pittsburgh named Davis found, in the land of the Arapahos, in the vicinity of the James Peak, a huge meteorite with a diameter of 40 meters that had lain there ‘for millions of years’. It took a team six days of digging the enormous mass out of the earth where it had crash-landed and digging into it. They found a metal vase covered with weird inscriptions. Further on they found a metal covering of about two meters that had become black with oxidation. It took them three days in removing the metal lid, after which they found a tomb, rectilinear hewn in granite and bedecked with stalagmites. In the centre of the sarcophagus they found “a man enveloped in sheets of calcium. It was the remains of a man!” 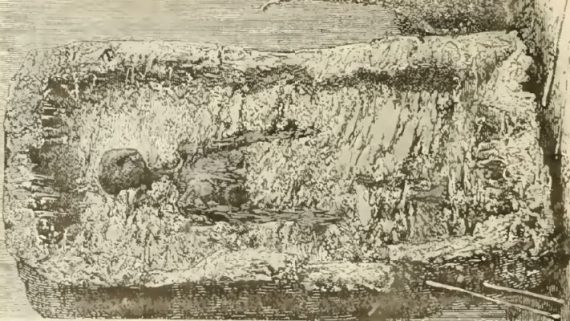 The humanoid measured about four feet. Face and limbs were buried beneath sedimentary sheets of calcium. The head was almost intact; no hair, a smooth skin, two gaping holes where the eyes had been, very long arms, and 'five fingers of which the fourth was much shorter than the others.'

It was, the newspaper stated 'an interplanetary voyager' and nothing else, ‘no weapons or ornaments’, was found, only a small silver plaque. On it, amongst others were drawings of the sun and the other planets. By measuring their distances the discoverers found out that they represented the planets in our solar system, with Mars much more prominent than the others. Le Pays concluded that: “Is in this distinction granted Mars to the detriment of the other planets, says the perceptive correspondent, not found the pride of its inhabitant?”

The hoax did not last long. In 1865 L´Annee Scientifique et Industrielle , the magazine of famous French scientist Louis Figuier, unmasked the announcement as a canard, a hoax: “Le Pays issued a ridiculous canard of a pretended American origin but that was actually issued from an office in Paris…” Indeed it was, as the whole story had sprouted from the fertile brains of a young French science editor and journalist named Henri de Parville. Henri de Parville was the penname of Francois Henri Peudefer (1838-1909). Under the name Parville he wrote many articles in scientific magazines la Nature, La Science Illustrée, Revue Scientifique and the Journal des Debats. He was also editor in chief of the Journal Officiel. The French Academie des Sciences has a prize carrying his name. 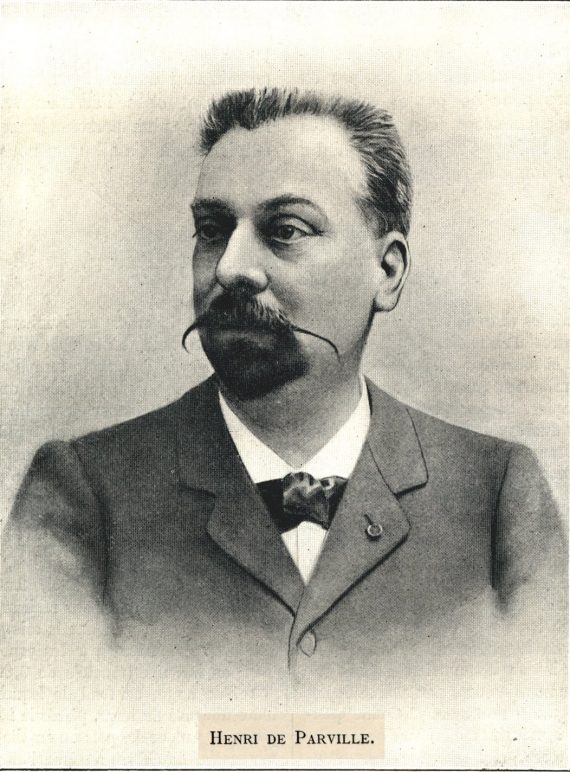 Parville expanded his brief account to book-length. Parisian publisher Hetzel, who also published the then novel and very successful scientific romances of Jules Verne, picked it up. In 1865 the book Un Habitant de la Planète Mars came out, adorned with a few interesting etchings, one of them showing the alien mummy as it was allegedly found inside the immense aerolite. And if you peek closely enough, you see the poor mummified alien laying in its sarcophagus on the cover illustration as well. Hetzel or Henri de Parville made no attempt to label it as anything other than fiction and it was accepted in France as such, but the original story behind it was just about to embark on a long and curious journey. 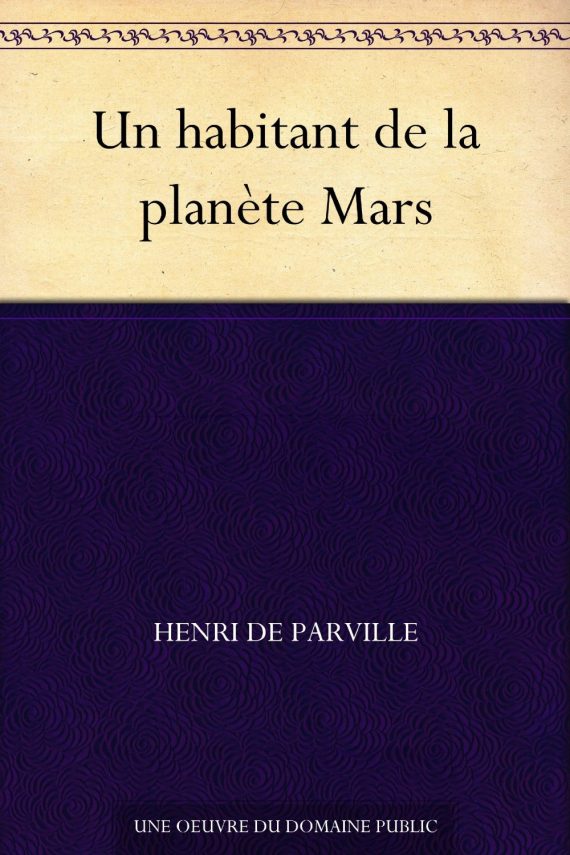 In 1877 the account that had appeared some 13 years before, suddenly popped up in the Argentine newspaper La Capital, and in 1878 in several newspapers in Latin America and North America. Names and locations were changed, but the story essentially remained the same. As one of those American newspapers, the Sedalia Daily Democrat from Sedalia, Missouri, worded it:

We have grand news, which may well be termed important, if true, and news, too, of another world, by the way of Peru. The South pacific Times (Callao) contains a long account, signed ‘A Serarg Chemist,” of his finding an immense aerolite which he dug into, passing through several layers of mineral substance – described with scientific accuracy – and finally discovered in the centre a human body four and one-half feet long, and perfectly preserved. The body is exactly depicted, and is very wonderful, according to the discoverer, who adds that he infers from hieroglyphics on a silver plate at the side of the human figure that he or she came from the planet Mars.

The New York Times stated: “This story is not only published in the leading Callao newspaper, but it was evidently regarded by the South American public as a clever and meritorious lie…” But the story refused to die. A year later in 1879, El Constitucional, the newspaper from Mendoza, Argentina, repeated the tale.

Flash forward to 1965. Argentine newspaper Los Andes published a letter from a reader who had rediscovered the account. That is the way of these old yarns and tall tales. They are launched, marvelled at, disclaimed in their time and then forgotten. Subsequent generations poke around and rediscover the initial stories, but not their intricate contexts or the following debate. The stories, thought dead and buried for so long, are launched anew and they acquire a second life.

In 1994 Mexican UFO magazine Reporte OVNI devoted a four-page article to the fantastic story set out by Parville 130 years before. Notwithstanding the many disclaimers along the long winding road his fictional tale had collected and even a Spanish translation of his book in 1868, that part of the story wasn’t even mentioned. Obviously the UFO magazine wasn’t aware of the history and origin of the tale before it emerged in the Latin American newspapers, so it wondered, all the while treating the Martian mummy affair as if it were a true account or at least a mystery worthy of further investigation:

Was that meteorite actually an alien spacecraft? Is the corpse of the alien still to be found in some museum near Zacatecas, or is it lost due to wear over time in some unknown place? The man, perhaps from the planet Mars, must have died here in an interplanetary journey that undoubtedly cost him his life. Undoubtedly this is an extraordinary document in the history of ufology, in which the components of a ship and the corpse of one of his crew were analyzed… It is obvious that the corpse was embalmed, in the process of which the eyes and perhaps other viscera were extracted. The skeleton of the planetary inhabitant is somewhere in our world, as further evidence that they, beings from other worlds, exist.

The similarities between the great Parville hoax and the latest ufological Roswell slides debacle held in Mexico are plain to see. Mummified humanoids from wrecked alien objects, geologists stumbling across these unearthly remains, the Americas as a backdrop for their discovery. The latest unveiling of what turned out to be the out-of-focus photo of the mummy of a two-year-old boy fits this tradition to the letter. Between the earliest alien mummy hoax and this latest one lays a time span of one and a half century, 151 years to be exact. And in between there have been enough hoaxes in regards to alien remains to fill a fat book. But this one, the case of the alien mummy, spans them all. But there’s no end in sight: as I write this, a short film has just popped up claiming the finding of an alien mummy in an abandoned Russian laboratory. I think that even Parville would have been aghast at so much credulity.