Throughout human history there have been countless folk remedies, healing methods, therapies, and herbal fixes for nearly every ailment, disease, malady, affliction, or injury known to man. These run the gamut from tribal medicine men using magic to heal people, to practices that border on scientifically sound, all ranging from the fairly normal to the bizarre or even grotesque. Perhaps one of the strangest ways that people in the past tried to cure what ailed them was the alleged gruesome practice of “mellifying” people, or saturating them and embalming them with honey for the purpose of creating a mysterious all-healing confection; a process that began in life and continued well after death.

Accounts of what has become known as the Mellified Man originate in China, from a 16th-century Chinese pharmacologist named Li Shizhen. Li’s book was Bencao Gangmu, or the Compendium of Materia Medica, which is a medicinal tome that is still recognized as being the most meticulously complete and comprehensive book ever written on traditional Chinese medicine. In this book, Li mentions a practice that he had heard an account by another man, Tao Jiucheng, about a mysterious practice of mummification in honey carried out in Arabia which he refers to as miren, or literally, "honey person." 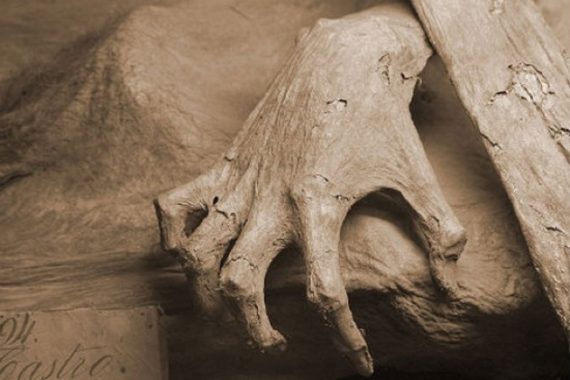 According to Li’s report, the process started with a willing volunteer, typically an elderly person around the age of 70 or 80. Volunteering for the process was integral since it would allegedly not work unless there was an element of self-sacrifice involved. The volunteer would cease to eat regular food in order to subsist on a strict diet of nothing but honey, and even go so far as to bather in honey. According to the legend, after around a month the volunteer’s sweat, urine, and even feces would be comprised of honey. Perhaps coming as no surprise whatsoever, the person was unable to survive on nothing but honey, and they would inevitably die. Upon death, the corpse would be transferred to a special stone coffin that had been filled to the brim with honey and the date of death was written on a seal placed upon it. The coffin was then buried for a hundred years to allow time for the corpse to become completely saturated and infused with honey.

Honey has remarkable preservation qualities due to its high acidity, low water volume and activity, and its potent antibacterial properties, meaning that the corpse would not merely rot away as usual but rather become infused with the honey surrounding it. After a hundred years had passed, the seal on the coffin was broken and the body was removed. The now completely honey-embalmed corpse was then broken into pieces and used as a sweet confection that was apparently renowned for its powerful healing abilities. The concoction could be rubbed on wounds or taken orally. It was said that if this confection was taken orally, it would heal or cure any affliction nearly instantaneously. This strange confection was said to be exceedingly rare and exorbitantly expensive due to the lack of many people willing to voluntarily undergo the morbid process and the long amount of time needed to properly age the mummies. For his part, Li admits that he heard the story second hand, and his entry on the Mellified Man is written in a way that suggests he is imploring others reading it to verify his information. 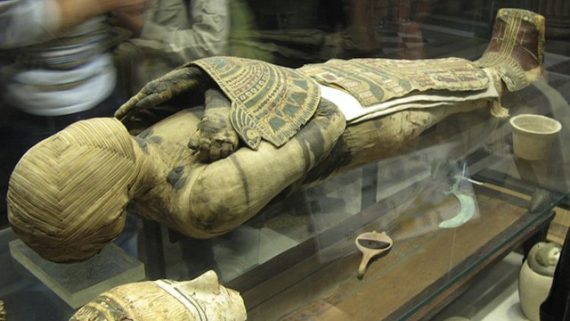 What do we make of this rather bizarre and fantastical sounding confection? Physiologically at least, such a process could work. As had been mentioned, honey has remarkable preservative properties, so much so that a jar of honey from hundreds or even thousands of years ago could be opened today and still be edible. Jars of honey unearthed in ancient Egyptian tombs have been found to be totally and perfectly preserved, edible even. Honey has in fact been used as a preservative in many cultures throughout the world since ancient times, and it was long used as a way to keep food fresh before the advent of refrigeration. Ancient Egyptians chose honey as a food for souls for the afterlife due to this very longevity, and jars of honey were customarily buried with mummies. In fact, the Hindus, Chinese, Babylonians, Greeks, Africans, and Romans, among others, also all had the tradition of burying corpses with honey placed next to them as food for their souls in the next life. It seems that a human corpse buried while steeped in honey could easily remain intact for a hundred years. It is also for this reason that honey has been used for thousands of years as a topical antibacterial ointment.

Other than food and ointments to cure various maladies, this also would not be the first case of honey being used to preserve human remains either, and there are many cultures in which honey has been used for this purpose. There seems to be a long historical link between honey and rituals of death and burial. In many cultures, it was desirable to prevent the decomposition of corpses, and additionally some cultures viewed honey as a sacred, pure substance which in some cases could sometimes even bestow a corpse with the ability to be revived from the dead. The Egyptians, Babylonians, Persians, Assyrians, Spartans, Byzantines, and Arabs all made use of honey as a substance for embalming the dead of important members of society. The Burmese coat the corpses of high ranking priests with a layer of honey as well, and often use honey as a way to temporarily preserve corpses awaiting burial.

Many historical figures are known to have been embalmed with honey as well. Alexander the Great is said to have ordered that his body be embalmed with honey, and upon his death he was placed in a golden coffin filled with the purest of white honey and taken back to Macedonia. Other famous figures were similarly preserved with honey. The body of King Edward I of England, who died in 1307, was found to have hands and a face that were remarkably well preserved due to having been coated with a layer of wax and honey. Although in none of these cases are the corpses known to have endured a procedure like that described by Li for the Mellified Man, and none of them were consumed for healing purposes, it certainly shows that honey has long been closely entwined with death and that bodies can be successfully preserved for long periods of time with honey. 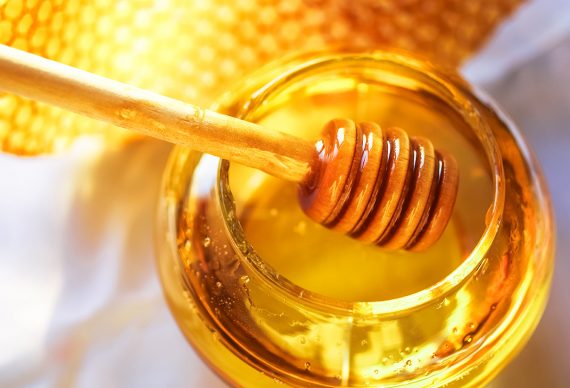 The use of human remains for medicinal purposes is also not unprecedented. The ancient Romans used the blood of dead gladiators as a medicine, and mummy powder was highly valued during the 16th and 17th centuries as a cure-all for a wide variety of ailments and for salves for treating gangrene. Since apothecaries were willing to pay vast amounts of money for such powders, it was common for ancient tombs to be plundered for their mummies, after which they would be ground down into the precious powder and sold for high prices. However, the Mellified Man account is the only known case of a honey embalmed mummy being used and consumed for its healing properties.

Although the use of honey for preserving the dead and the use of the dead for medicinal purposes is well established and not in dispute, there has been no other evidence other than Li’s account that the Arabians, nor anyone else for that matter, practiced the mellification of willing individuals starting when they were alive and subsequently using their remains as a potent healing confection.  There is no physical evidence that this occurred and no other documentation of such a ritual, nor is there any proof of the healing efficacy of the purported confection. Even Li himself doesn’t seem to be sure if it is real or not, rather mentioning it as more of a curiosity more than anything else. However, considering the long tradition of the marriage between honey and death, it seems like it could be more than a simple legend. It at least will likely change one’s way of looking at honey.