Anomalous Apes In The Movies

There's no doubt, whatsoever, that the ultimate giant ape of the fictional variety is King Kong, whose escapades were famously portrayed in the acclaimed, almost legendary, 1933 movie of the same name. There can be very few people who are unaware of the plot-line: a filmmaker named Carl Denham (actor Robert Armstrong) sails to a mysterious island, along with a beautiful blond, Ann Darrow (played by Fay Wray), and various other characters, most of who end up suffering violent deaths at the hands of the natives, various dinosaurs, and Kong, himself.

Kong meets his downfall, however, when he is captured, and shipped to New York – where, in a memorable finale, he battles to the death with the U.S. military, atop the Empire State Building, all in the name of his inter-species love for Ann. King Kong has been remade twice. While the 2005 version – starring Naomi Watts and Jack Black – stays true to the original (but lacks its charm), the 1976 remake, which starred Jeff Bridges and Jessica Lange, is undeniably awful and best avoided at all costs. King Kong not only provoked a couple of remakes, it also spawned a huge number of movies of the large and anomalous ape variety.

Capitalizing on the success of King Kong was The Son of Kong, which, like its predecessor, came out in 1933. It was not the huge hit that the studio was anticipating ad hoping for. 1939’s The Gorilla, which starred horror maestro Bela Lugosi, and deals with murder, mayhem, and – of course – a wild gorilla, is a forgettable bit of monster-mayhem.

One year later, came The Ape, a tale of a man who becomes a gorilla – albeit in a very strange fashion. Almost identical to The Ape, in terms of its storyline, was The Ape Man – which, yet again, starred Bela Lugosi, this time as a scientist who has mutated into what can only be described as a definitive half-human, half-ape monstrosity (albeit a laughable one).

Son of Ingagi, also made in 1940, has at the heart of its action a murderous missing link from Africa. 1945 saw no less than two movies released on what were white-furred gorillas: White Pongo and The White Gorilla. And the decade was rounded off with Mighty Joe Young – a blatant rip-off of King Kong, but a movie that, to this day, has a faithful, cult-like following.

Moving onto the 1950s, there was Bride of the Gorilla, of 1951, which starred Raymond Burr (of Ironside fame), and that told the weird tale of a man transformed into a gorilla via the power of voodoo. Made in 1952, Bela Lugosi Meets a Brooklyn Gorilla is a comedy that falls flat, although it is high on the babe quota.

The 1960s began with Konga – a British movie that deals with a giant gorilla that rampages around London, England – and ended with 1968’s Planet of the Apes, which brought talking gorillas to the big-screen in spectacular style. Two years later, in 1970, Trog was released.

Trog is a very bizarre movie that brought together a fierce ape man and legendary actress Joan Crawford, who surely must have needed the money when she accepted the role, since there seems to be no other earthly reason why she should have taken part in this spectacularly bad piece of cinematic claptrap – which deals with the discovery of the “Trog” of the movie in a cave deep below the English countryside.

The 1970s also saw four sequels to the original Planet of the Apes movie, and two short-lived television series of the same name, one live action and the other cartoon-based.

The 1980-era world of cinema was not particularly memorable for anything of a cryptid ape nature, aside from the smash-hit movie of 1987, Harry and the Hendersons, a comedy that reaped in almost $50 Million at the Box Office – proof that Bigfoot equals big money. The next decade saw the release of Congo, a movie version of Michael Crichton’s novel of the same name, and which was released in 1995. At the heart of the story is a colony of savage, violent, and previously unknown gray-colored gorillas that jealously guard the lost city of Zinj. 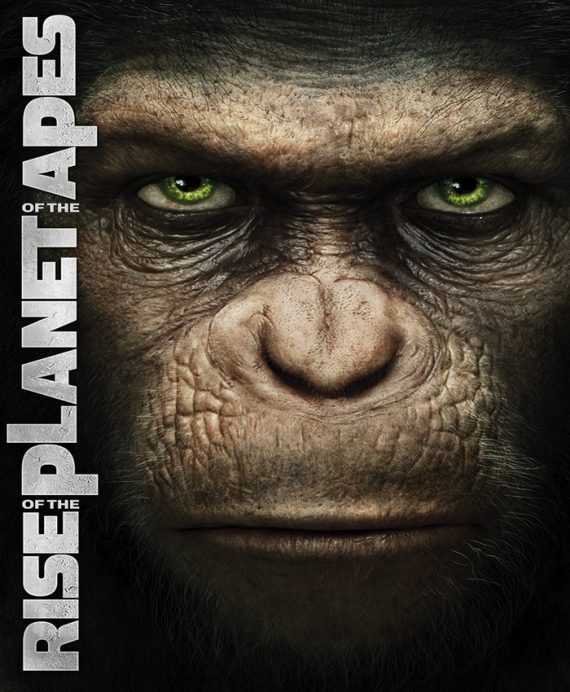 The 2000s didn’t just see a huge, mega-bucks version of King Kong unleashed on the public: the Planet of the Apes franchise got a new lease on life, too. In 2001, a highly confusing version of Planet of the Apes, with a deeply convoluted plot, surfaced. It's best avoided.

Rise of the Planet of the Apes was next on the list, in 2011, and Dawn of the Planet of the Apes was rolled out in July 2014, demonstrating that as far as both the general public and movie moguls are concerned, marauding, fictional apes are as popular today as they were when poor old King Kong, smitten until the very end by Ann Darrow, took his last breaths high above New York, way back in 1933.