What do you do when a complete stranger tells you they have seen a very odd-looking animal roaming around the fringes of New York’s Central Park? Well, you listen carefully to what the witness has to say, and you do your best to come to some meaningful conclusion. That is what I attempted to do some years ago when I was on the receiving end of an email from a man named Barry, who claimed to have seen an extremely strange beast in the park, itself, back in 1997.

Of course, the date of the case meant that the trail had long since gone cold. But, that didn’t stop me from at least taking the time to sit down with the witness while he was on a managerial training-course in Waco, Texas (which is only a relatively short drive from my Arlington, Texas home).

Barry’s story was certainly one of the weirdest I have ever heard; however, I learned a long time ago that the world of cryptozoology and monster-hunting can be a very strange and surreal one. And, for that reason, I always try and give everyone a fair hearing (unless they're an obvious nut) – which is precisely what I did with Barry.

Barry told me that on the day in question – which was a sunny weekday in either June or July 1997 – he was strolling through the park. All was utterly normal until he approached one particularly tree- and bush-shrouded area. He was shocked to the core when, out of nowhere, an unknown animal burst wildly through the foliage.

Barry claimed to me that the creature was man-like in shape and covered in hair of a distinctly rusty color – but, unlike the towering Bigfoot of the west-coast, it was little more than three-feet in height. Mini-Foot might have been a far better term to use, I mused, as I listened to the very odd tale.

Barry could only watch with a mixture of shock and awe as the diminutive man-beast charged across the path in front of him at a distance of no more than about twenty feet, came to a screeching halt for a couple of seconds, stared intently into his eyes, and then headed off at high speed again, before finally vanishing beneath a small bridge inside the perimeter of the park, no less. 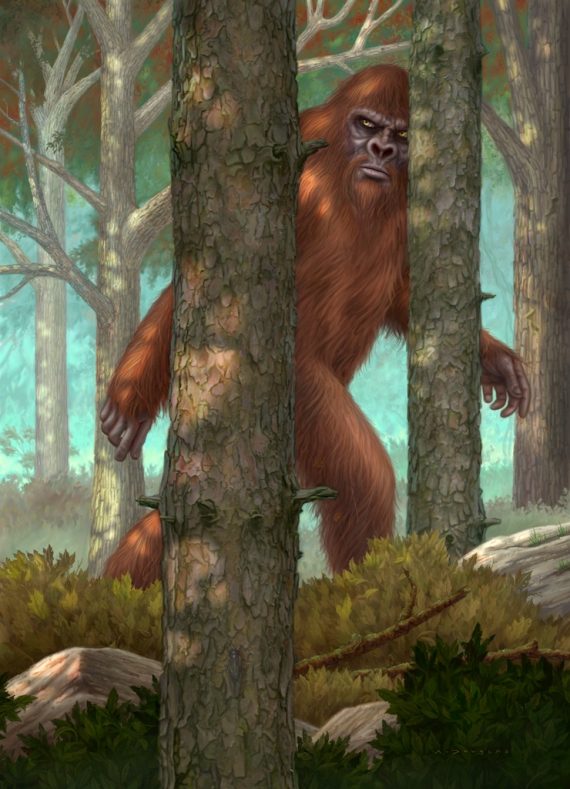 Barry was clearly very embarrassed about discussing his sighting – even more than a few years later. And, as a person who was clearly intelligent, coherent and presentable, he acutely realized how strange his story sounded, too. I had to agree; however, I also had to realize that Barry had absolutely nothing to gain at all by relating the details of his experience of the highly unusual kind. In fact, one could argue that if Barry's full name was revealed at the time he just might have had a great deal to lose. He still might!

I asked Barry to relate the details for me again. He did so, and I carefully took notes, ensuring that we finally had every aspect of the story accounted for. He admitted that the facts were scant; aside, that is, from his unswerving position that for a few, brief moments in the summer of 1997 he saw a small, hairy, man-like beast scurrying across the grass of Central Park.

As I admitted to Barry, there was really very little that I could do, aside from carefully logging the details of the tale in my data-base, and seeing if anything else of a similar nature ever surfaced. Unsurprisingly, it most assuredly has not; not even remotely. Barry’s was just one of those very odd, fringe cases that, from time to time, perplex those of us who choose to dig into the world of monsters and strange creatures.