Book Review: “Who Was Dracula?: Bram Stoker’s Trail of Blood” by Jim Steinmeyer

It was only just recently that I decided to finally read Bram Stoker’s famous novel Dracula (1897). I found it overly long, in parts boring, and frequently tedious. By the end of it, I felt as though I myself had been attacked by a vampire, such was the extent of my exhaustion. And yet, despite its many flaws, it’s easy to see why Dracula ranks as an all-time classic. Like a wooden stake piercing the heart of a vampire, the story remains firmly wedged in the collective psyche of humanity.

That Dracula is a powerful and influential novel cannot be denied. But while the story itself has stimulated much discussion, few stop to ponder the man who wrote it and the sources from which he derived his inspiration. Which brings us to Jim Steinmeyer’s latest book, Who Was Dracula? Steinmeyer, a renowned historian of stage magic and author of such books as Charles Fort: The Man Who Invented the Supernatural (2008), delves into folklore, history, and psychology in an attempt to uncover the source material behind Stoker’s remarkable literary creation. 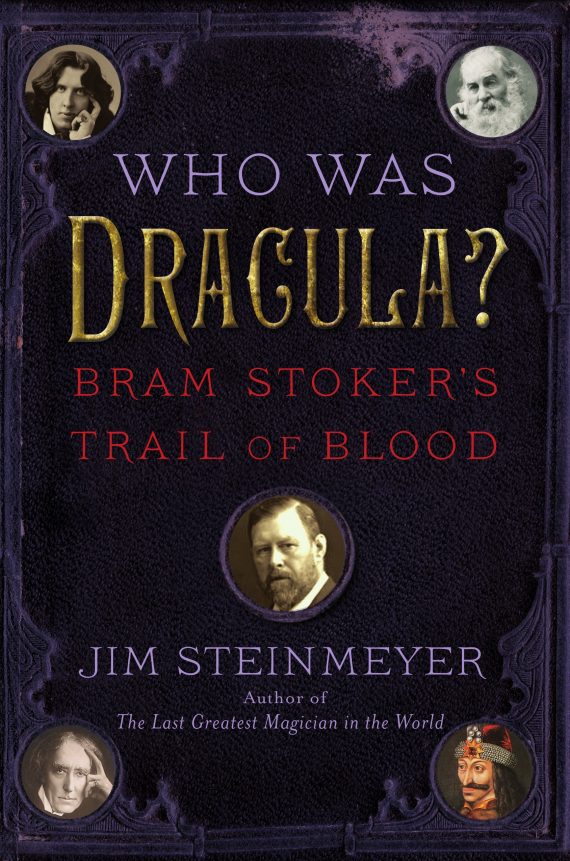 While it’s true that Vlad Tepes, the historical Dracula, provided the name for Stoker’s villain, the connection doesn’t extend much further than that. Researchers now agree that apart from the name and several historical facts, Stoker knew next to nothing about the brutal fifteenth-century Wallachian ruler. Steinmeyer uses this as evidence to support his argument that in creating his novel and its vampire villain Stoker derived the bulk of his inspiration from people he actually knew.

Steinmeyer’s starting point is the Lyceum Theatre, London’s most prestigious playhouse. It was while working as the Theatre’s business manager and the personal assistant of actor Henry Irving, a role he served between 1878 and 1898, that Stoker penned Dracula. Irving was a large and magisterial personality whose most celebrated productions included The Merchant of Venice, Henry VIII, and Faust. In Faust he played the wicked Mephistopheles, his costume an all-scarlet robe. It was the first time the devil had been depicted in such a manner, and Irving’s Mephistopheles became a part of popular culture.

It’s been suggested that Irving, and in particular his depiction of Mephistopheles, served as the inspiration for the title character in Dracula, with the implication being that Stoker secretly resented his boss for making him feel like the low man on the totem pole. Certainly the theory has its merits. But, as Steinmeyer points out, “The actual story is more complicated than that, and much more intriguing.” He elaborates:

Dracula is a pastiche of living historical characters—men who were surrounded by scandals and controversies, larger-than-life personalities who seemed to step from the mists of the nineteenth century and exert their influence, just as Stoker’s vampire later seemed to materialize from the shadows of a Transylvanian castle and cast his spell.

Given prominent place in Steinmeyer’s book is the Irish playwright Oscar Wilde, whose sexual predilection for “rent boys” led to his serving two years hard labor in prison. Tragically, Wilde died destitute in Paris at the age of 46, several years after his release. That Stoker was influenced by Wilde’s sole novel, The Picture of Dorian Grey (1891), while coming up with the idea for his own literary masterpiece is not at all difficult to imagine. Steinmeyer, however, takes the discussion a step further, by illustrating the parallels between Wilde himself and the character Dracula. Indeed, Wilde and Stoker were close acquaintances, and it’s worth noting that Stoker was married to Wilde’s ex-fiancé.

Who was Dracula? is an entertaining and thought-provoking work that is sure to appeal to everyone who appreciates literary history. As it’s not a Bram Stoker biography, however, potential readers would be mistaken for thinking that it offers a penetrating insight into the life and psyche of the Victorian-era author. Rather, the spotlight is focused on the handful of famous and influential individuals from whom he derived his inspiration to create his novel and its timeless villain.

The Mysterious Wolves of Japan