Demons and the Defense Department

In November 1991, a Nebraskan priest named Ray Boeche had a clandestine meeting with a pair of physicists working on a top secret program for the U.S. Department of Defense. Both men were deeply worried and were looking for advice and guidance from Boeche on the project in which they were immersed.

The classified operation, Boeche was told, revolved around attempts by certain elements of the DoD to contact what were termed “Non-Human Entities,” or NHEs. Most people might call them extraterrestrials, aliens, or in terms of the field of Ufology and popular culture – “the Grays.” For a while, the DoD referred to them in those terms, too. But not for long. As Ray Boeche listened carefully to what his Deep Throat sources told him, he came to realize that the Pentagon was dabbling in decidedly dangerous areas.

The scientists explained to Boeche that the contact with the NHEs was not achieved on a face to face basis, but, rather, in mind to mind fashion. Telepathy, ESP, and channeling were the primary ways via which interaction occurred. But, as the program progressed, something ominous occurred: it was as if a dark cloud descended on all those tied to the program. Bad luck, illness, and even death, blighted the team. Such was the extent of the negativity that surrounded the operation the DoD came to a startling and disturbing conclusion. 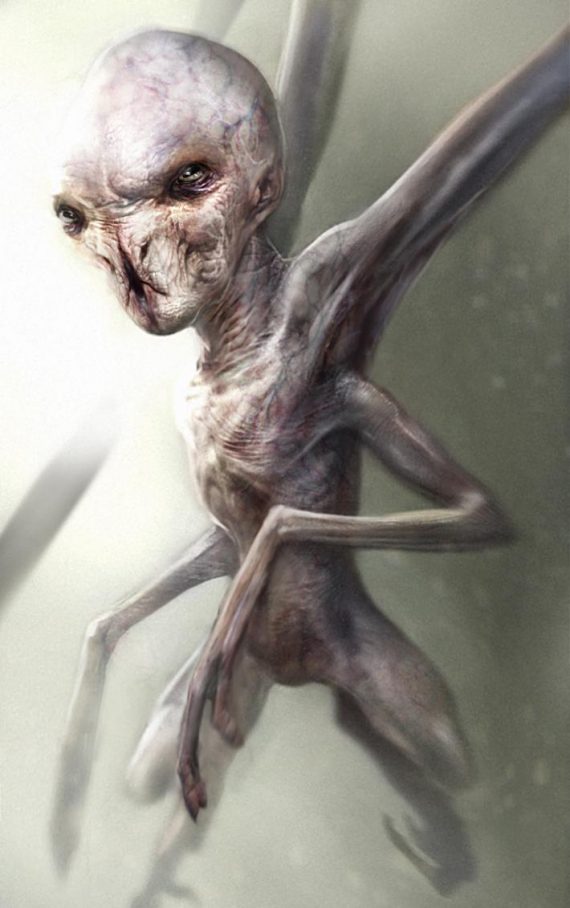 Although the DoD had initially assumed the entities they were dealing with were extraterrestrial, Boeche was informed that over time that view changed significantly and dramatically. Indeed, the scientists on board eventually came to believe that they were not dealing with aliens from far away galaxies, after all, but with highly dangerous, deceptive, manipulative demons – as in literal demons from a literal Hell.

The UFO presence on our planet, the Pentagon group believed, was designed to seduce us into believing aliens were amongst us, when the reality – as they saw it, at least – was that we were being led to accept that belief as a means to allow Satan’s minions to get his claws into us. Such was the concern on the part of the DoD about their actions – namely opening a door or a portal to something monstrous and malignant – they began digging deep into the distant past for the answers to the UFO puzzle. It was ancient demons, rather than ancient aliens, that tasked the finest minds of the Pentagon.

As incredible as it might sound, those attached to the Pentagon program consulted numerous early texts and books that addressed the field of demonology, chiefly to try and figure out the extent to which the UFO phenomenon – some of it or, perhaps, even all of it – was the result of demonic activity and attendant satanic deception. A great deal of time was spent studying numerous books on ancient and modern demonology, including John Deacon and John Walker’s 1601 work, Dialogical Discourses of Spirits and Devils and R. Campbell Thompson’s The Devils and Evil Spirits of Babylonia. 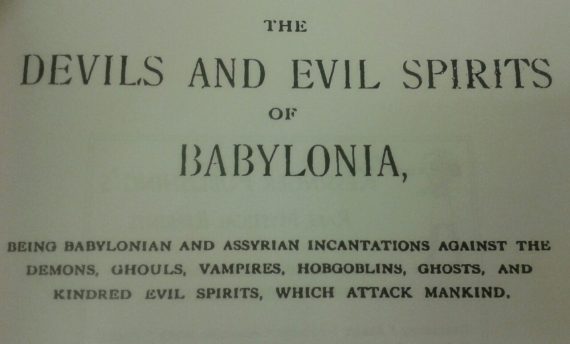 The Deacon and Walker book presented to its readers a long and complicated history of demonology, the means by which demons could get their grips into easily manipulated people, and the deceptive nature of these unholy creatures – all of which was worryingly familiar to the Department of Defense team. As for R. Campbell Thompson’s book, this was the one title, more than any other, which deeply influenced the mindset of the Pentagon project.

Of fascination to Thompson were the stories he collected of predatory, supernatural entities that invaded the bedrooms of the ancient Babylonians. Thompson noted that practically all cultures had their own equivalents, most famously the incubus and the succubus: malevolent entities that can take on male or female form, they sexually violate their victims in the dead of night.

For the Pentagon, this was very familiar territory: they saw deep parallels between the ancient incubus-style encounters and today’s so-called alien abductions, which also predominantly occur in the dead of night, and which have major sexual components, too. Today’s allegedly intergalactic abductors, the DoD unit concluded, were really the incubus and the succubus of old, remodeled and camouflaged for a new era, but with the same agenda: to use, abuse, deceive, and manipulate the Human Race.