From Bigfoot To Willow Man

As anyone who has followed my writing will know, I have, over the years, collected a huge number of reports of Bigfoot-like creatures in the U.K. As well as cases involving out-of-place apes and monkeys, and downright anomalous primates of the hairy kind. Of course, to be on the receiving end of such reports in somewhere the size of the U.K. is way more controversial than collecting reports originating in the vast forests of the United States.

It's a fact, however, that such encounters in the U.K. abound. In my mind, there's no doubt that the majority of the reports are filed by people who have seen something genuinely strange - although I have no hesitation in saying that the "British Bigfoot" (and its legion of related "things") is definitively supernatural in nature. It's not an unknown ape; that's for sure. The idea of flesh-and-blood, giant apes hiding out in the U.K. is not just absurd. It's beyond absurd. But, people are, without doubt, seeing something. 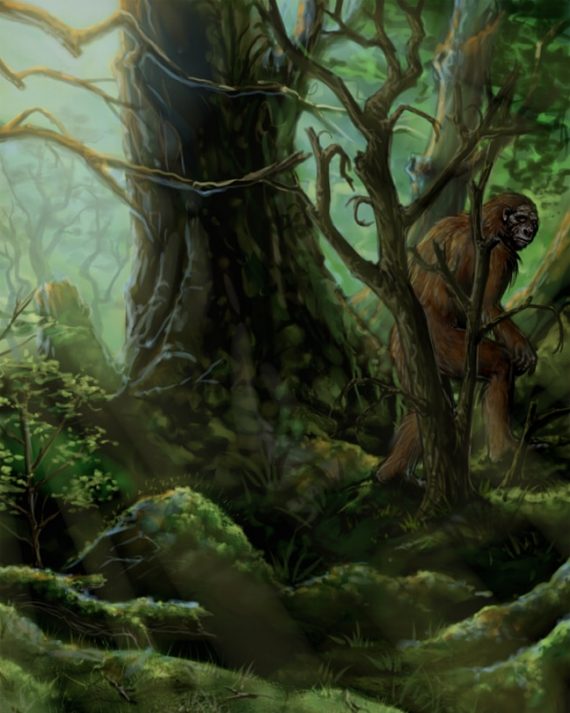 I'm pretty sure that the majority of reports are not hoaxed - although, admittedly, a few nuts have been known to pull the wool over our eyes, now and again. We can learn a lot from such hoaxes and those who create and promote them. We can also learn a great deal from cases of genuine mistaken identity. Of course, there's not much that can be mistaken for a Bigfoot in the U.K. Or, is there? Well...read on...

In late 2009, I had a fascinating online conversation with an English woman named Samantha Baker. Sam told me that on a weekday night in the summer of 2009 she was driving to her home in Edinburgh, Scotland, after spending time with her family in the English town of Redruth, Cornwall. And, as those familiar with the U.K. will know, a drive from Cornwall to Edinburgh is a torturous and long one, and particularly so in a small, Fiat car of the type Sam owned.

Sam told me that as she headed up the M5 Motorway she saw, at one particular spot, what she referred to in her initial email as "a 15 foot high Bigfoot running along a field next to the M5 with his arms wide out." Due to the growing darkness and the heavy traffic, Sam was unable to stop. So, she excitedly drove on and phoned her family, all of whom treated the entire thing as a joke. But Sam wasn't laughing. Sam was convinced she had encountered a British Bigfoot.

It transpires she had not seen a Bigfoot. It didn't take long, however, for me to figure out what she had seen. It was Willow Man: a forty-foot-tall figure made of steel and coated with black maul willow. It was sculpted by Serena de la Hey and was unveiled in 2000. Unfortunately, Willow Man - also known as the Angel of the South - was torched by an arsonist in May 2001. Fortunately, a replacement was up inside of five months - and it was this version that Sam saw. 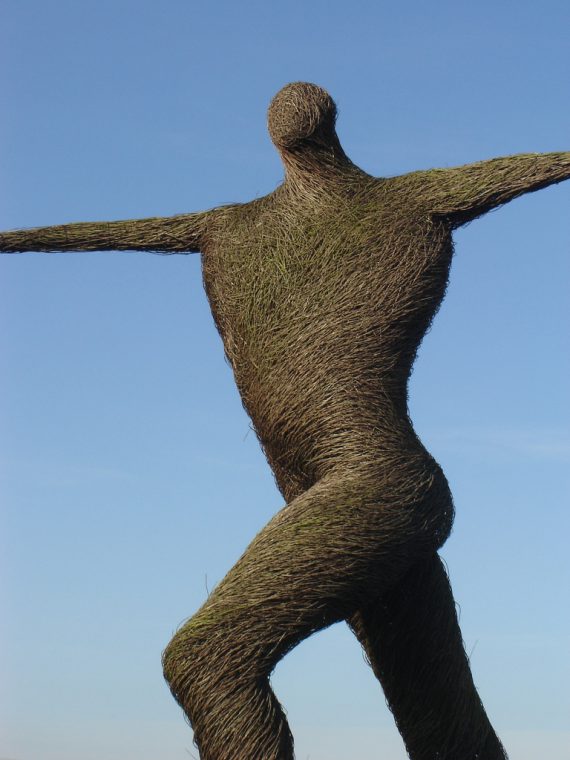 Willow Man stands exactly on the same stretch of land that Sam saw her Bigfoot. Also as with her Bigfoot, Willow Man has his arms stretched out. There is absolutely no doubt, at all, that Willow Man is what she saw. Indeed, when I showed Sam a photo of Willow Man, she immediately realized her error and was happy that the mystery was resolved - albeit a bit disappointed too, which is understandable.

But, we can learn much from this, and we can apply what we learn to the study of Bigfoot. Not just in the U.K. but elsewhere, too. For example, we can see that honest mistakes do occur and people who are absolutely sure they have seen a Bigfoot may have actually seen something entirely, and radically, different. Plus, Sam was way off in her estimate of the height of the Bigfoot-that-wasn't. We would do well to remember that, too, when studying Bigfoot reports and the descriptions of the creatures the witnesses provide.

In that sense, it's not just presumed genuine cases of Bigfoot that are important and worthy of study. Innocent mistakes can tell us a great deal, too - about perception, about belief-systems, and about much more.

5 Reasons Not to Fear the AI Apocalypse