If there is one thing, more than any other, that is guaranteed to get the Roswell UFO research community in a collective state of fury, it's a discussion of the theory that what came down on the Foster Ranch, Lincoln County, New Mexico in the summer of 1947 was a top secret device of terrestrial, rather than extra-terrestrial origins.

Clenched fists, red faces, stuttering and stammering, and arms folded tightly and defensively are the usual reactions to such discussions. I even saw a spontaneous nosebleed once. No joke. And when you see that happen you just know the person has lost the plot. Yep, I've seen them all. Well, aside from one.

I have yet to see foaming at the mouth coupled with 28 Days Later-style rage, but I'm sure it's only a matter of time. Which is fine by me: a good punch-up would help clear the air. Okay, admittedly, it might not clear the air, but fist connecting to jaw is definitely something to look forward to.

One person who was – initially, at least - very vocal on the issue of whether or not some form of secret terrestrial device came to grief at Roswell was a former employee of the CIA, the Marine Corps, and the Air Force, and who later became the Special Assistant for Defense, Space and Science and Technology, in the House of Representatives - the late Karl Pflock.

Commenting in 1994 on the allegations that alien bodies were recovered in New Mexico as part of the so-called Roswell incident, Pflock was willing, at the time, to conclude that there were indeed "human-like but strangely disfigured bodies" found in the New Mexico desert in 1947, and that those same bodies were "associated with some very unusual wreckage."

Pflock was, however, careful to point out that: "Even if there were bodies - and I believe there were - they may not have been of unearthly origin. In which case, Roswell turns out to be a significant chapter in early Cold War history, akin to the currently unfolding disclosures about the U.S. government radiation experiments spawned in the same era."

It's very important to note that Pflock later changed his opinion - and changed it radically too. He became a champion of the theory that what was recovered at Roswell was nothing more extraordinary than a Mogul balloon. Yet, it is interesting that his initial thoughts veered towards the possibility of an event paralleling, in some fashion, "government radiation experiments." 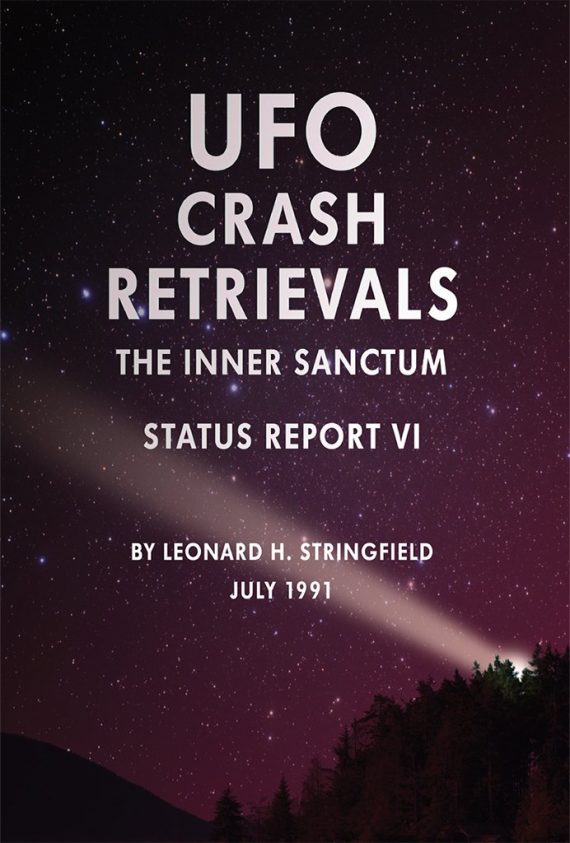 On a similar path, in a 1991 "status report" titled UFO Crash/Retrievals: The Inner Sanctum, the late Leonard Stringfield referenced a curious and controversial conversation Timothy Cooper - he of MJ12 infamy - had with a former nurse stationed at what is now the Los Alamos National Laboratory, New Mexico. In Cooper's own words, presented by Stringfield in UFO Crash/Retrievals:

"She casually mentioned to me over coffee that 'bodies' were being flown to Los Alamos periodically from late 1945 to sometime in 1947. I asked her if she had seen these 'bodies' and she said no, but others had. I asked her where these 'bodies' were coming from. She said she did not know but it was rumored that they were human experiments for biological and nuclear medicine research.

"She thought they may have come from Japan after the war. She said they were small bodies with deformed heads and limbs. The eyes were abnormally big she was told. She said they were being flown in on special transport planes equipped with refrigerator units to keep the bodies from decomposing."

To what extent the stories and rumors that reached the nurse were true is anyone's guess. Fact, fiction, lies, or disinformation? I have no idea. There's only one thing I know for sure when it comes to a discussion of such inflammatory issues in relation to Roswell: no-one wants to hear a word about it. Yep, belief-systems mean a hell of a lot to those who simply cannot face contemplating life without their bunch of long-dead aliens. Or, as I prefer it, their comfort-blankets.