Star Trek fans --commonly known as Trekkies-- have many things to be worried about: Worrying about UV light fading that priceless Leonard Nimoy autograph over their original ST blue shirt; worrying about securing tickets for the next Star Trek Con; worrying about not losing their virginity --EVER.

The last thing they would be worry about, though, is that their undying devotion to a (seemingly innocuous) classic Sci-Fi show would attract the unwanted attention of the Law. And yet that exactly what seems to have happened in the UK: According to The Telegraph, Scotland Yard' Special Branch kept a secret dossier on the American TV series Star Trek, the X-Files, Dark Skies, Roswell and the movie The Lawnmower Man, amid fears that British fans of these Sci-Fi shows might turn on society, commit mass murder, start a religious cult, or all of the above!

The name of the dossier is UFO New Religious Movements and the Millennium, and is thought to have been filed between 1998-1999, when the X-Files was at its peak of popularity --and the meme of "the government denies knowledge" was probably making the bobbies kinda nervous. In the document, retrieved thanks to the diligence of UFO researcher Dr. Dave Clarke, concerns about UFO conspiracy theories coupled with millenarist Doomsday fears, were named as reasons to keep a watch out on the audience watching these shows on the tellie:

"Fuel is added to the fire by television dramas and feature films mostly produced in America," the report said.

"These draw together the various strands of religion, UFOs, conspiracies, and mystic events and put them in an entertaining storyline.”

It added: "Obviously this is not sinister in itself, what is of concern is the devotion certain groups and individuals ascribe to the contents of these programmes." 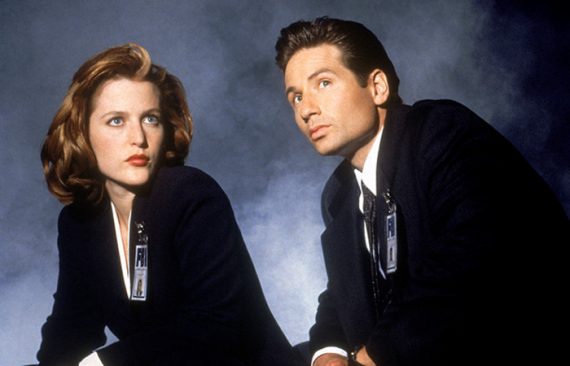 Okay X-Files and Dark Skies? Those are a dead give-away --wot, no Millennium?-- After all, those 2 programs perfectly captured the zeitgeist of the 90's, and no doubt had a huge influence in the way many people reacted to events like 9/11 ("Trust No1!"). But Star Trek? Gene Roddenberry's utopic vision on how Humanity might finally grow beyond its current state of adolescence, unite as one planet and join the ranks of peace-loving species in the galaxy? What's so subversive about wanting to "boldly go where no man has gone before"??

The answer is to be found inside a 9,200-square-foot mansion, located inside a gated community in the San Diego county area called Rancho Santa Fe, where in the year 1997 38 adult individuals were found dead, after ingesting a poisonous cocktail of phenobarbital mixed with apple juice, following the instructions of their leader Marshall Applewhite. The Heaven's Gate cult became a world-wide news, and it raised the alarm bells of Scotland Yard in fear that a similar event could be copycatted on British soil. 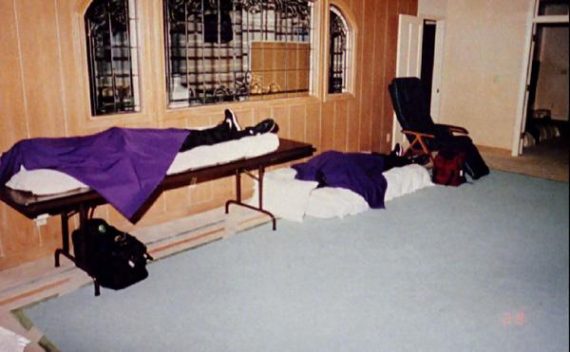 All Heaven's Gate members, you see, were HUGE fans of both Star Trek and The X-Files…

If you think suspicions against UFO buffs is a recent development, think again. The fact of the matter is that governments have always been weary against both the phenomenon and the people who obsess over it. It's not necessarily that the powers that be want to suppress the truth about flying saucers from the public, mind you; the thing is that not only the topic seems to attract people of a certain iconoclastic, non-comformity nature --and if you're reading these lines, you probably qualify as one!-- but that often many of the ideas revolving about the subject tend to run contrary to government policies.

Take for instance the famous Contactee of the 1950's, George Adamski, who claimed to receive frequent visits from Orthon and his Venusian comrades: Along the messages of love and light brought from on high by the Space Brothers, the #1 constant was their admonitions against nuclear weapons, which to the FBI sounded a lot like Commie propaganda --Adamski's constant attacks against the Capitalist system didn't do much to asway the Feds' fears either…

The same was true across the pond. In his book Contactees, our good friend Nick Redfern mentions how the British counterparts of the George Adamski and George Van Tassell were also doing a phenomenal job raising the heckles of Scotland Yard. Here once again, David Clarke and his partner Andy Roberts were instrumental in uncovering the once-classified files documenting Special Branch's interest with British Contactee George King and his group, the Aetherius Society:

Roberts and Clarke learned from now-declassified Special Branch documentation that in both August 1958 and August 1959, Special Branch operatives secretly attended Aetherius Society demonstrations in London. Special Branch recorded that: "...it can thus be seen that the Aetherius society is molding its preposterous claims to conform with the popular concepts of religion… There is a possibility that all this high-sounding talk of 'Karma' and 'Cosmic Parliaments' is simply a system of financial gain for certain individuals and George King in particular" (Clarke, 2007)

Moreover, Roberts and Clarke cite one particularly important Special Branch document from the same era that states the Aetherius Society was "still active in its campaign against nuclear weapons tests, and in this respect its policy is closely allied with that of the Communist Party" (Ibid)

What are we to make of all this? For once, that to the vigilant eye of the Government, there is no such thing as a 'harmless hobby --I'm sure there's at least one or two still-secret documents warning about the hidden subversion in Adventure Time.

The second thing is that Authority has always been suspicious about UFOs. And maybe it should be! Because if you think about it, flying saucers represent the ultimate symbol of Anarchy: Not only does it undermine the apparent control governments have over their territory and citizenship, but during all these years the phenomenon has defiantly refused to be classified into any simple explanation, that could make any sort of sense to a bureaucratic system afraid of unexpected disruptions to the Status Quo.

The bloody things even refuse to obey the law of GRAVITY, for crying out loud! What could be more subversive than that?!

Alligators of the Sewers – Real Ones!