Well, now this isn't something you see every day: a new print-version magazine on conspiracies, UFOs, the world of the paranormal, ancient mysteries, and much more. Its title: Mysterious Magazine (subtitled Exploring the Unknown). I have to say I much prefer to read articles online, but there is still something cool about holding in your hands a real magazine - printed on real paper, no less!

The first issue is literally hot off the press and a review copy reached me yesterday (no sign the envelope had been tampered with by the Illuminati or the Men in Black...). It's a good, varied collection of articles on a wide range of topics. In addition, it has a feel to it of the old-school, self-published, fanzine-style magazines of the 1980s and early 1990s, such as Kenn Thomas' excellent Steamshovel Press.

So, with that said, what does Mysterious Magazine offer us? The answer is: a hell of a lot! It's refreshingly wide in terms of the topics it tackles, provides a lot of color photos, and will, I hope, go from strength to strength, in relation to content, sales, and distribution.

Adam Gorightly provides us with part-one of an article titled The Montauk Mythos. It runs to 9 pages and there's a second part to follow. In other words, this is an extensive and balanced study of one of the most controversial conspiracy-themed sagas of the last couple of decades.

As Adam notes: "Of the various cottage industries that have emerged from the field of conspiracy theory, the Montauk Project is easily one of the most bizarre, its mythology a veritable smorgasbord of 'comic book metaphysics,' as Disinformation's Richard Metzger has so aptly termed it." Adam also correctly notes that, "Time travel, mind control, quantum physics, weather modification, teleportation, suppressed technologies, and grey alien hijinks merely scratch the surreal surface" of the Montauk controversy.

For me, at least, Adam's article alone makes buying Mysterious Magazine worthwhile. It's a well-written, entertaining and illuminating study of a whacked-out affair that just refuses to go away.

If ancient enigmas are your thing, check out Olav Phillips' feature, East Bay Wall Mystery, which focuses on a 50-mile-long series of walls that extent from the Carquinez Strait to San Jose, that stand to heights of around six feet, and which are estimated to have been built somewhere in the region of 400 years ago. The big question is: by whom?

Olav - in a 5-page study - offers various, intriguing theories, such as Native Americans, mysterious "giants," and even early Chinese explorers. This is a fascinating story, one which I hope Olav will continue to explore and update on. 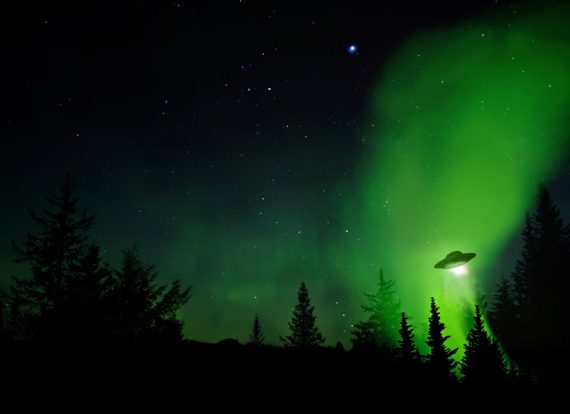 There's a 7-page review of Global Communications new book, UFO Repeaters! (a review of which from me will appear here shortly). It takes a look at a wide and varied body of people who have had numerous UFO encounters over the years, and who have allegedly captured evidence of those encounters on film, and time and again - hence the title of the book. If you're a fan of, in particular, 1950s/1960s-era Ufology - and such characters as Howard Menger and Paul Villa - then you'll know what to expect.

Certainly, the most controversial article in the premier issue of Mysterious Magazine is penned by Celeste Altus. With the title of Bob Geldof's Cult of Mysterious Death, you just know that this is going to cause a stir. And it does. I can't say I agree with Altus's theories, because I don't. But, if you want controversy, then you've definitely got it!

On top of that, there's a piece on werewolves, a feature on near-magical "black boxes," Andrew Fain on the search for alien life, and - in a very amusing touch - a section titled Ask The Government Plant. Basically, it's the conspiracy version of an "agony aunt" column in a newspaper.

If you have a question about conspiracies, send it in and your well-informed plant will do his or her best to answer it. Issue 1's question revolves around the so-called "Flying Triangle"-style UFOs that have, for so long, eclipsed the more traditional flying saucers of years long gone. Ours? Theirs? The Plant provides the answer...

So, all in all, what we have with Mysterious Magazine is a cool, informative, controversial and entertaining study of what's going on in the field of conspiracy-theorizing and much more - and with contributions from a solid body of researchers and writers. Check it out!

The Cursed Forest of Massachusetts