Loveland is a city in southwest Ohio, USA that has a population of around 12,000, and which was settled back in 1795. It’s a small, picturesque place, filled with mountains of history and cool, old buildings. Then there are Loveland’s resident frog-people. Yes, you did read that right. And, no, I'm not joking. The controversy all began in the summer of 1955 – specifically the month of July.

It was around 4:00 a.m., and all was dark and shadowy, as Robert Hunnicutt, a volunteer with the local Civil Defense unit, was driving on a road on the fringes of Loveland when he spotted something amazing and terrifying in equal measures: a group – of three or four, Hunnicutt wasn’t sure – of small, humanoid creatures standing under a bridge. Incredibly, they were described as being around three feet tall, walking on two legs and with “lopsided chests, wide, lipless, froglike mouths, and wrinkles rather than hair.” 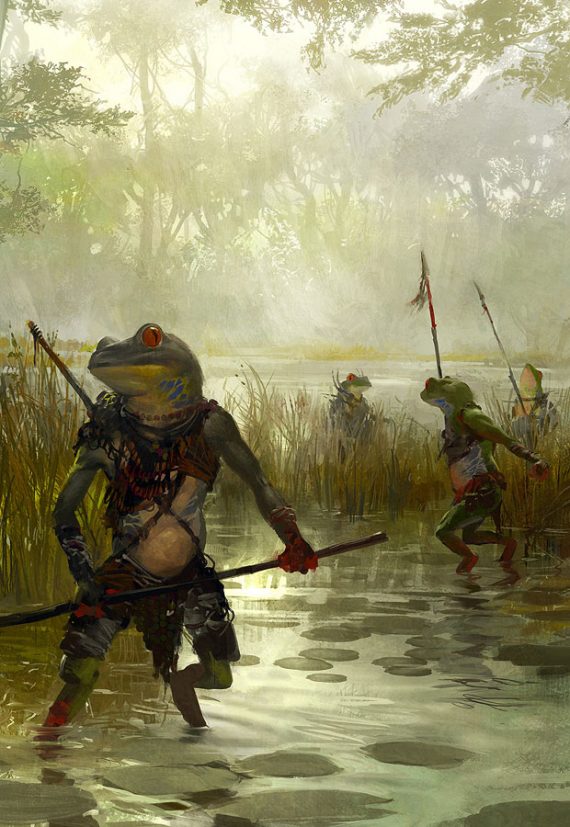 A shocked Hunnicutt stopped and stared at the beasts for a few minutes, after which one of the frog-things pointed a device – a weapon, or something else, Hunnicutt never knew – into the air, and which gave off electric-blue flashes. Hunnicutt, at that point, wasted no time in getting out of the area as soon as possible. His destination: the headquarters of the Loveland Police, where he spoke to the Chief of Police, John Fritz. Evidently, the strange story was taken seriously, as Fritz had one of his armed deputies keep a vigil at the bridge, to try and ascertain what on earth – or off it – Hunnicutt had seen.

Interestingly, Leonard Stringfield, a noted UFO researcher in Ohio at the time, looked into the affair. He uncovered something notable: “Despite my special affiliations with the Ground Observer Corps and the Air Defense Command, I was unable to get any details of official action from the Loveland Civil Defense Authority, from Frank Whitecotton, Coordinator for the Hamilton County GOC, or from the Loveland Chief of Police, John Fritz. However, I was able to learn from a member of the Loveland School Board that the incident had been investigated by the FBI.”

The odd encounter was big news for a while, but it ultimately faded into obscurity. That is, until 1972, when a new report surfaced and which, for the city’s old-timers, instantly brought back memories of Robert Hunnicutt’s face-to-face with a group of frogmen all those years earlier. 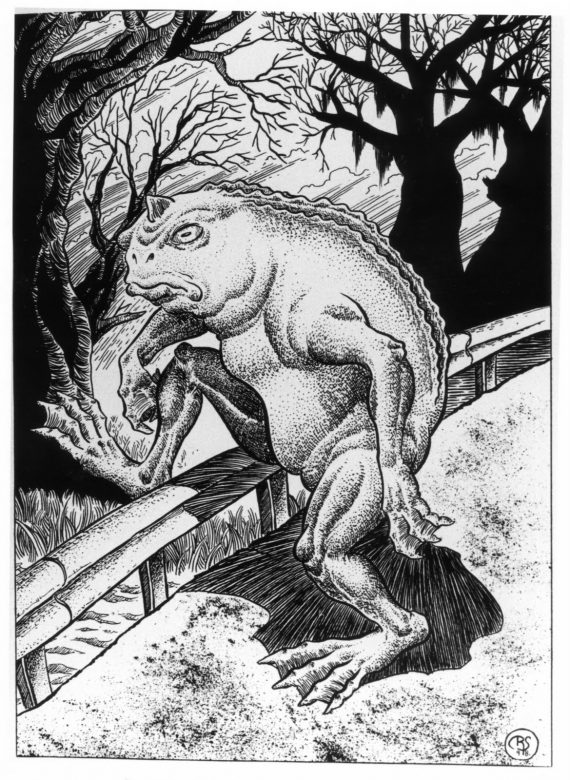 Mirroring the Hunnicutt affair, it was when the area was in darkness that the sighting of Ray Shockey took place. What is particularly notable is the fact that Shockey was a Loveland police officer, on patrol at the time in the vicinity of the Little Miami River. As he drove past the river, Shockey spied what, at first, he believed was a dog, sitting at the side of the road. Given that it was a freezing, icy night, Shockey slowed down to see if the dog was okay. It quickly became apparent that the “dog” was not a dog, at all. It was something else entirely.

As Shockey’s cruiser closed in, the four-foot-tall animal leaped up onto its hind limbs, and stared directly at Shockey – something which allowed the officer to see its strange, frog-like appearance. For a few minutes the frog-thing and the officer stared at each other, after which the creature jumped over the guard rail and vanished into the heart of the shadowy river. Shockey raced back to headquarters and quickly prepared a report on his astonishing sighting, such was his conviction he had seen something truly monstrous.

Whatever the true nature of the freakish frog-people of Loveland, Ohio, their origins remain, today, the mystery they were all those years ago.