Outside of new pictures of Caitlyn Jenner or Kim Kardashian’s butt, nothing disrupts Earth’s communications systems, power grids, air traffic control and all things electronic like solar storms. Also known by the more threatening name, “Coronal Mass Ejections (CMEs),” they are massive projectiles of gas and electromagnetic energy flung by the sun into space. Conventional satellites can only pick them up when they’re less than an hour from Earth – not much time to shut down grids, let alone put on foil hats. Fortunately, a new modeling tool may provide a 24-hour warning to allow better planning and protection from possible disruptions.

According to the journal Space Weather, the modeling and prediction system was developed by Dr. Neel Savani of Imperial College London and NASA's Goddard Space Flight Center. Cameras on satellites are trained on the two spots on the sun where CMEs begin. As the electromagnetic cloud forms and heads into space, the system tracks and models its orientation in relation to the Earth’s magnetic field. Only CMEs in a certain orientation can collide with Earth’s magnetic field to form disruptive solar storms. This combination of tracking and modeling allows the system to predict severe solar storms as much as 24 hours in advance, says Dr. Savani.

As we become more entwined with technology, disruption from large space weather events affects our daily lives more and more. Breaking through that 24 hour barrier to prediction is crucial for dealing efficiently with any potential problems before they arise.

That 24-hour warning could allow sufficient time to reschedule air traffic, reroute, protect and/or shut down communications systems and better prepare for delays, disruptions and disasters.

Dr. Savani and his team have successfully tested the model on eight previous CMEs. The National Oceanic and Atmospheric Administration (NOAA) and the Met office in the UK are waiting for further tests before implementing a warning system that gives solid proof that the big one is coming to businesses and governments that stand to lose billions in a shutdown.

Then again, how much more would they (and we) lose if they didn’t? 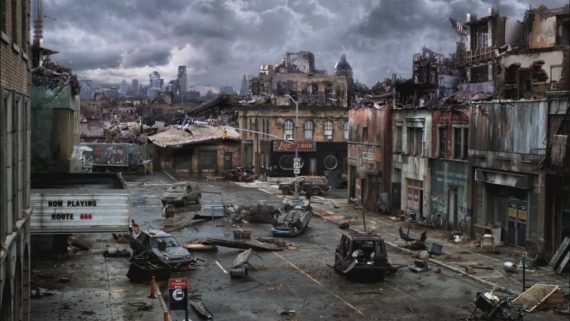