As fans of The X-Files will recall, although Mulder and Scully were the focus of just about every episode, from time to time they received significant help, in their efforts to uncover the truth of a number of cosmic conspiracies, from a trio of conspiracy theorists. They were John Byers, Melvin Frohike, and Richard Langly, who published the Magic Bullet Newsletter.

The three characters became better known as the Lone Gunmen. Such was the enthusiasm that the show’s fans had for Langly, Frohike, and Byers, in early 2001 they were given their very own, short-lived series. The name of the series surprised no-one: The Lone Gunmen.

The first episode aired on March 4, 2001. Its title was Pilot. In the show, a computer hacker takes control of a Boeing 727 passenger plane and flies it towards the World Trade Center, with the specific intention of crashing the plane into one of the Twin Towers. It’s only at the very last moment that the Lone Gunmen are able to hack the hacker and avert disaster and death for those aboard the plane and those inside the World Trade Center.

The story gets even more intriguing: the hacker is not just some random, crazy guy. The plot is all the work of a powerful, rogue group buried deep within the world of officialdom. The secret plan, had it worked, was to put the blame for the World Trade Center attacks on one or more foreign dictators who are “begging to be smart-bombed."

It should be stressed, of course, that the creators of The Lone Gunmen had no advance knowledge of 9/11. It is worth noting, however, that there seemed to be a deep reluctance on the part of the media to address the storyline of Pilot and its parallels to 9/11 – not to mention that the episode had its premiere broadcast in Australia just thirteen days before the events of September 11 occurred. 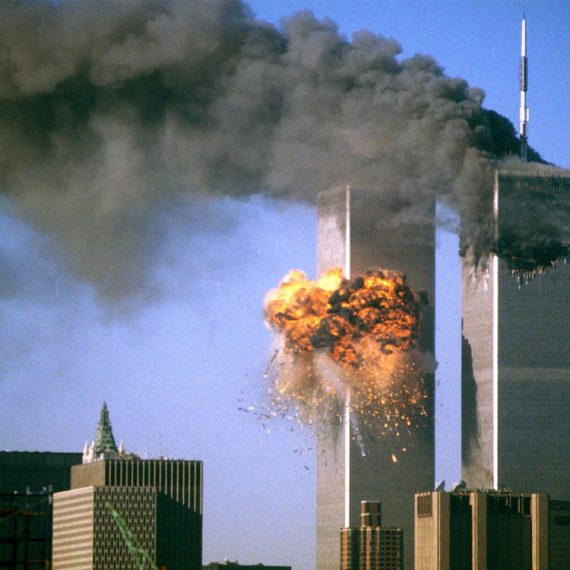 One of those that commented on this odd state of affairs was Christopher Bollyn. He said: “…rather than being discussed in the media as a prescient warning of the possibility of such an attack, the pilot episode of The Lone Gunmen series seemed to have been quietly forgotten."

Frank Spotnitz was one of the executive producers of The Lone Gunmen. He said: "I woke up on September 11 and saw it on TV and the first thing I thought of was The Lone Gunmen. But then in the weeks and months that followed, almost no one noticed the connection. What’s disturbing about it to me is, you think as a fiction writer that if you can imagine this scenario, then the people in power in the government who are there to imagine disaster scenarios can imagine it, too.”

Robert McLachlan, was the director of photography on The Lone Gunmen. He had words to say, too: “It was odd that nobody referenced it. In the ensuing press nobody mentioned that [9-11] echoed something that had been seen before.”

Coincidence? Conspiracy? Or something else? Those are the questions that continue to perplex.

The Economics of Armageddon